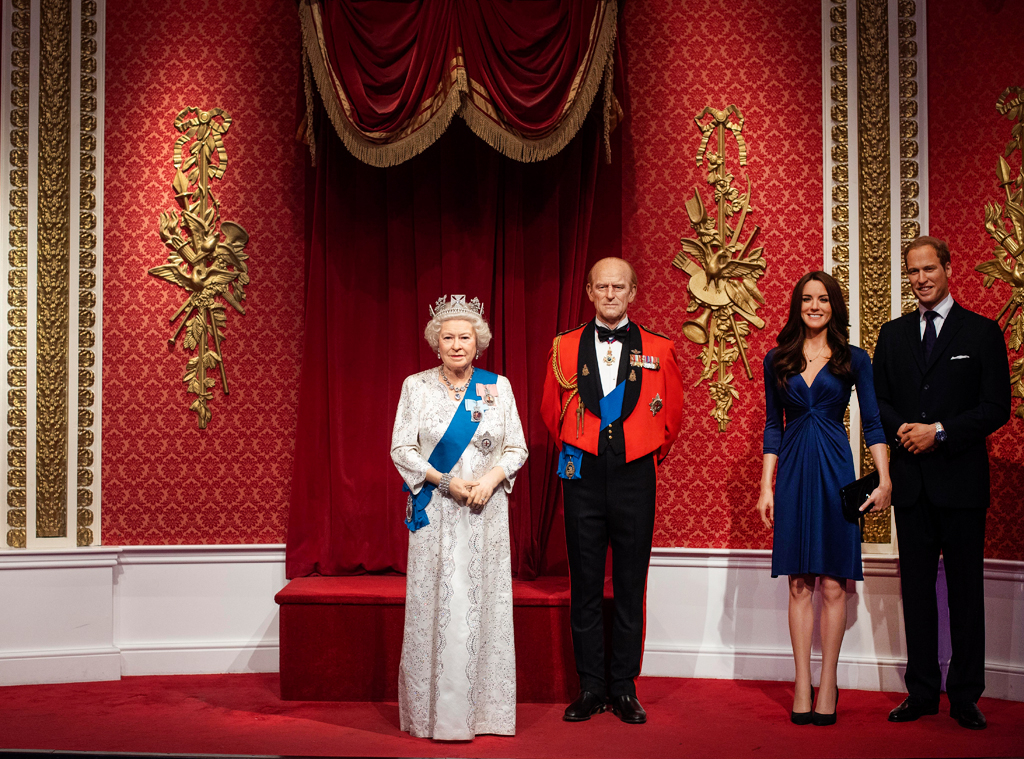 Something looks a little bit different about the royal family.

Prince Harry and Meghan Markle announced on Wednesday that they would be taking a step back a senior members of the royal family and are working towards becoming  “become financially independent.” This news no doubt shocked the world, with many fans and celebrities weighing in on their decision. Now, the famed wax museum Madame Tussauds has thrown a little shade at the Duke and Duchess of Sussex.

The museum moved the wax figures away from the rest of the royal family and announced that the two figures will go in a separate section. That means they will no longer be placed with Queen Elizabeth II, Prince Philip, and Prince William and Kate Middleton.

The display now features just the four with an awkward gap off to the side. General manager Steve Davies shared the news of the museums decision in a statement to the Independent on Thursday.

“Alongside the rest of the world, we are reacting to the surprising news that the Duke and Duchess of Sussex will be stepping back as senior Royals,” he stated. “From today Meghan and Harry’s figures will no longer appear in our Royal Family set. As two of our most popular and well-loved figures, they will of course remain an important feature at Madame Tussauds London as we watch to see what the next chapter holds for them.”

The waxworks were first unveiled in May 2018 prior to the pairs amazing royal wedding in Windsor, England. “There is a lot of love out there for Meghan and Harry and we’re following their lead by inviting the great British public to join the couple in their wedding celebrations here at Madame Tussauds London,” they shared at the time. 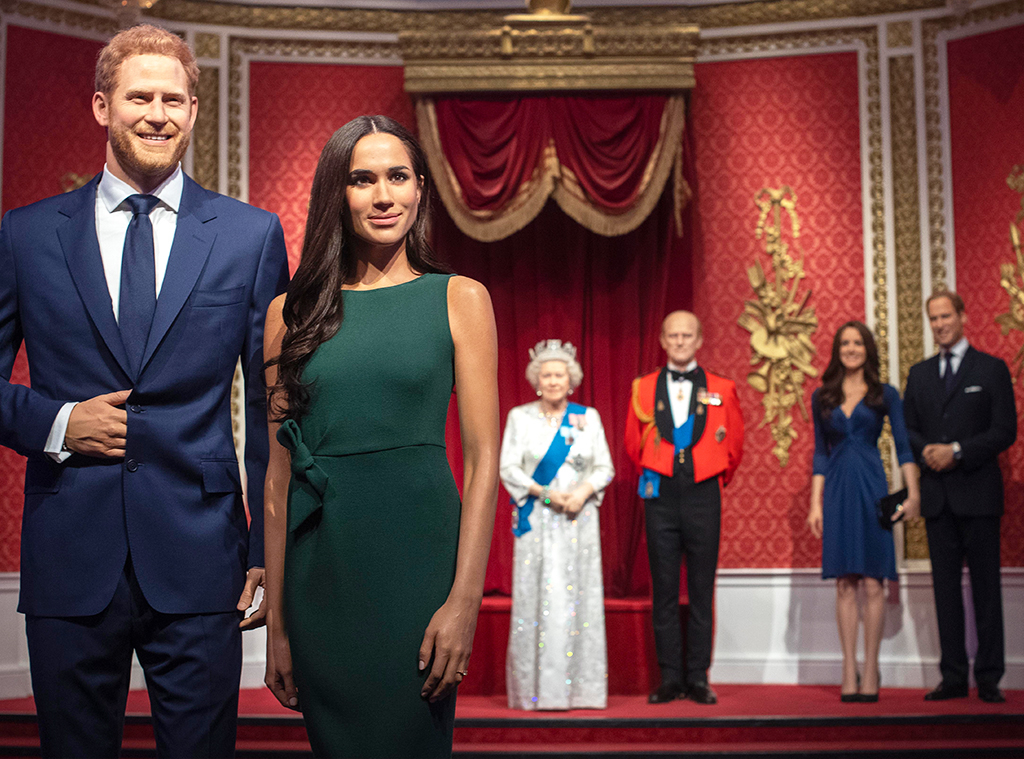 Prince Harry and Meghan’s move towards more independence comes after a long and tumultuous few years for the couple. They’ve been very open about their struggles to maintain their bond and live peaceful lives in the eye of intense public scrutiny.

“It is with your encouragement, particularly over the last few years, that we feel prepared to make this adjustment,” the shared in their statement. “We now plan to balance our time between the United Kingdom and North America, continuing to honour our duty to The Queen, the Commonwealth, and our patronages,” the statement from the Duke and Duchess of Sussex continued. “This geographic balance will enable us to raise our son with an appreciation for the royal tradition into which he was born, while also providing our family with the space to focus on the next chapter, including the launch of our new charitable entity.”

Who needs a wax figure when you’ve got each other!