Makeout Sesh! Emily Ratajkowski and Eric Andre Pack on the PDA on Vacation 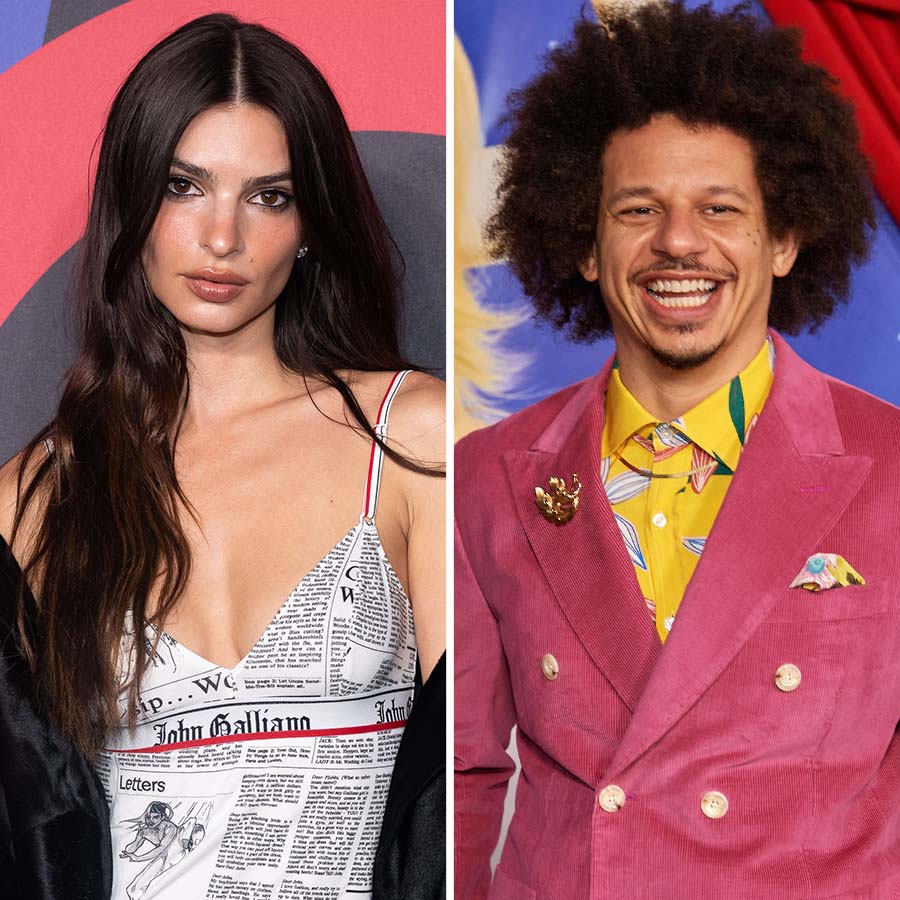 A model makeout! Emily Ratajkowski and rumored boyfriend Eric André were spotted packing on the PDA while on vacation in the Cayman Islands.

The My Body author, 31, and the comedian, 39, were photographed kissing and lounging on the beach on Tuesday, January 24, per photos obtained by Page Six. The A-listers talked and smooched as they sat on lounge chairs in the sand, shaded by a large, yellow umbrella. Ratajkowski rocked a bikini and a bucket hat, while André wore swim trunks and went shirtless.

The pair first sparked romance rumors earlier this month while out on the town in New York City. The model and the Eric André Show host were photographed with their arms around each other as they made their way through Midtown Manhattan. The twosome’s Big Apple outing occurred weeks after Us Weekly confirmed Ratajkowski’s split from Pete Davidson in December 2022. (The 29-year-old Saturday Night Live alum, for his part, is rumored to be dating his Bodies Bodies Bodies costar Chase Sui Wonders, and the two were spotted kissing during their own tropical getaway this week.)

In order to view the video, please allow Manage Cookies

“Pete and Emily have been talking for a couple months now,” an insider exclusively told Us in November 2022, following their respective splits from Kim Kardashian and Bear-McClard. “Pete makes Emily laugh and he loves how intelligent she is.”

Weeks later, a second source said the twosome “just dig each other and find the vibe they have very easy and free-flowing.” The insider added: “There’s no intensity or over-expectation on either side, just a lot of fun and a chance to cut loose and see where it leads.”

Emily Ratajkowski and Pete Davidson: A Timeline of Their Relationship

While the source shared at the time that Davidson felt he met his “intellectual match” in Ratajkowski, the pair’s romance fizzled by December 2022. Their split was amicable, an insider told Us at the time.

After her split from the King of Staten Island star, Ratajkowski got candid about her love life complaints on an episode of her “High Low” podcast earlier this month.

The Most Surprising Celebrity Hookups of 2022

“I said to my girlfriend, ‘I feel like I attract the worst men,’” the California alum shared. “Sometimes I’m like, ‘F—k.’ Because I want a confident man. I don’t want an overly confident man who has something to prove and is trying to prove it through me. That is not what I want.”

Ratajkowski, who seemingly came out as bisexual via TikTok last year, also noted: “That’s what I hate with dating … men in particular,” the Gone Girl actress elaborated. “They’re like, ‘OK, yes, you’re special. You’ve done it.’ And they love it and love it, and then slowly they get emasculated and … don’t know what to do with those feelings, and then they resent you.”