Man accused of raping Brittany Higgins is committed to trial

The man accused of raping Brittany Higgins has been committed to stand trial in the ACT Supreme Court and is due to face court again on November 18.

Bruce Lehrmann has pleaded not guilty to sexual intercourse without consent with the former ministerial staffer on March 23, 2019. 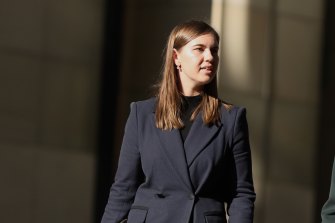 He appeared in the ACT Magistrates Court on Friday via telephone, with his lawyer Warwick Korn also appearing remotely.

Magistrate Robert Cook committed Mr Lehrmann to trial in the higher court on the papers, meaning no evidence was read aloud during the hearing. 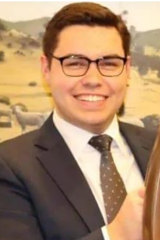 Former Liberal staffer Bruce Lehrmann has been committed to trial in the ACT Supreme Court.

Ms Higgins went public with the allegation in February, sparking a national conversation about the treatment of women and their involvement in politics.

She has told media Mr Lehrmann allegedly assaulted her in the Parliament House office of minister Linda Reynolds, for whom they both worked.

He is due to next appear in the Supreme Court on November 18.