Man who lost ten stone thanks This Morning for his transformation

A man who was inspired by an incredible 20st slimming story he saw on This Morning has revealed how it helped him to lose 10st.

The ITV show has been charting the progress of Darren ‘Dibsy’ McClintock, 28, from Middlesbrough, who lost 20st with the help of personal trainer Mike Hind after being told by doctors that his life was at risk.

Mike encouraged Darren’s weight loss by putting up posters branding him ‘obese’ banning him from local takeaways – however Dibsy has insisted that he wasn’t ‘fat-shamed’, and doesn’t think that approach to weight loss is effective.

After seeing Diby’s story, Mark Squires,27, from Middlesbrough,  was inspired to get in contact with Mike and ask him for help with his own weight-loss.

In just one year, Mark went from 30 stone to 20 stone and has thanked the breakfast show for showing him that he too could change his life and lose weight. 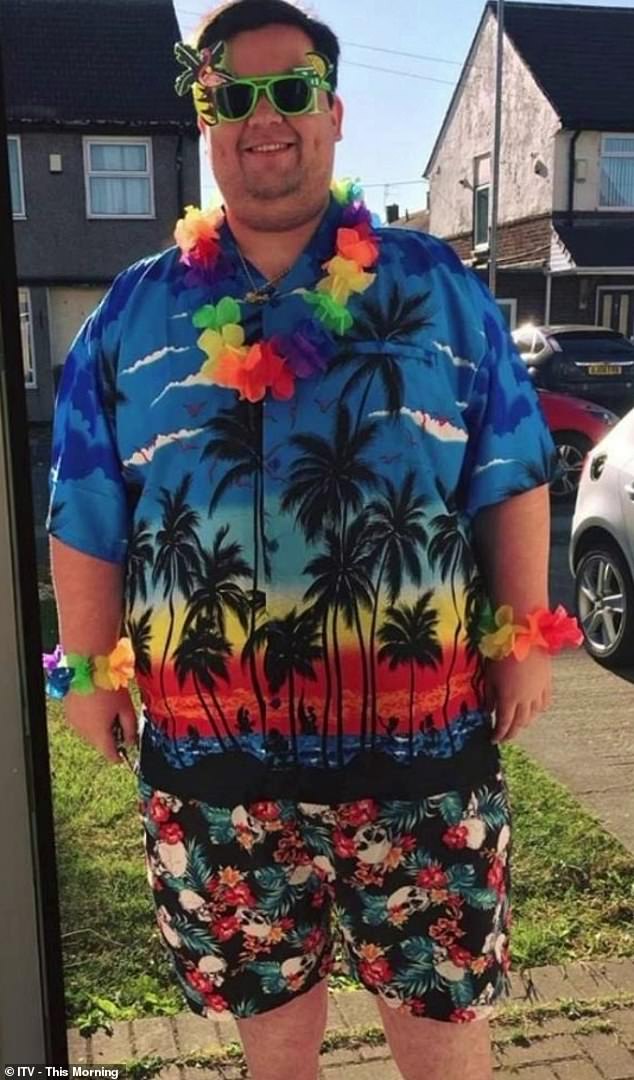 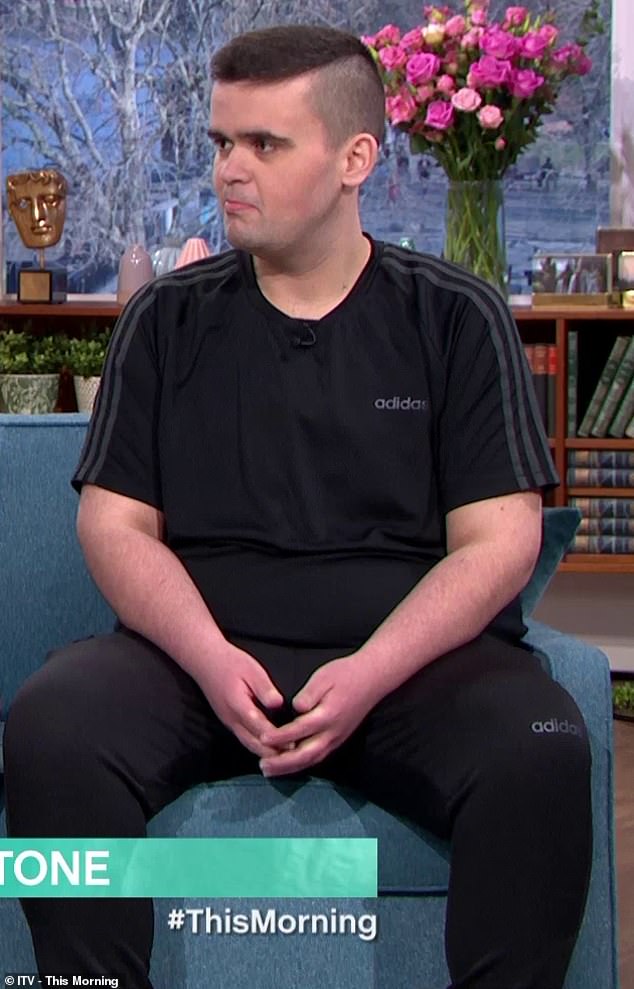 In just one year, Mark went from 30 stone to 20 stone and has thanked This Morning for showing him that he too was able to change his life and lose weight

‘I was very overweight and I would just like to thank the show for showcasing the story – because without that being broadcasted I wouldn’t have seen it.’

He went on to explain that during Disby’s original appearance on the show, he thought Mike was just another personal trainer who was ‘over promise and under deliver’ but was shocked to see that his method’s actually worked.

He said: ‘I’ll be honest at first I didn’t believe it, I thought that Mike was just some body bloke that would over promise and under deliver. 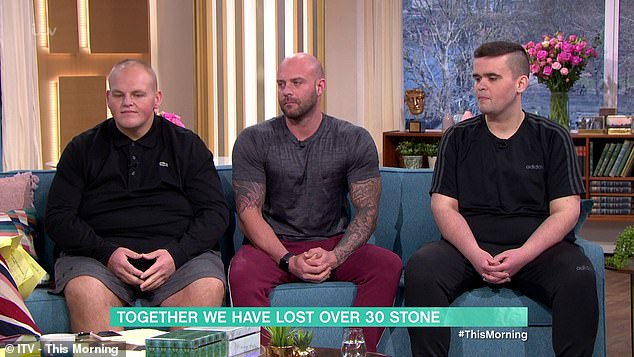 After seeing the journey of Disby (left), who lost half his body weight after tipping scales at 40 stone, Mark was inspired to get in contact with trainer Mike Hind (middle) and ask him for help with his own weight-loss 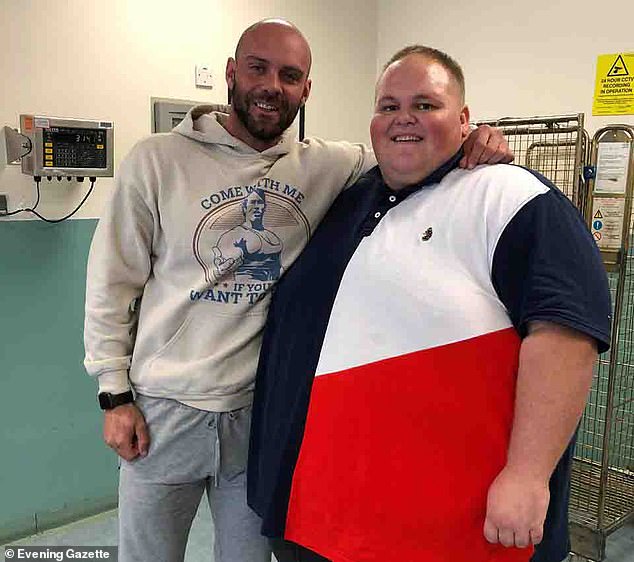 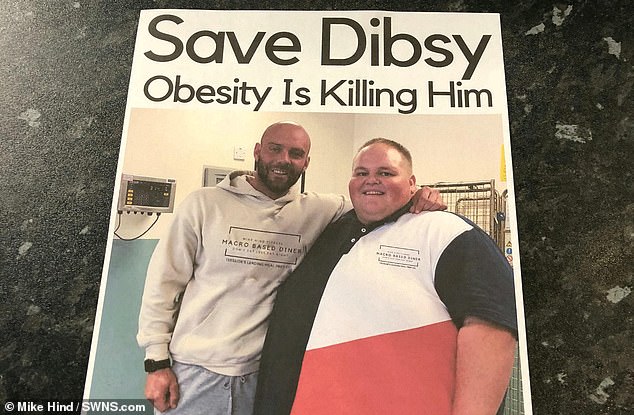 ‘I then since found out that Dibsy came back on the show and had lost around eight stone.

‘When he’d lost the eight stone in three-months, it was then I thought “hang on, I want a piece of that” and I then approached Mike.

‘I got a training plan from Mike, I ate his meals, I stuck to his diet plan, I’ve lost just under 10-stone.

‘These results don’t happen by magic, they happen with the help of the man besides me Mike Hind.’

Previously appearing on the show,  the trainer, who took on Darren for free, explained that he put up posters in order to ‘shock’ Darren into losing weight.

He explained that the best way to encourage a healthy lifestyle is to ‘support’ people and not ‘bully’ them. 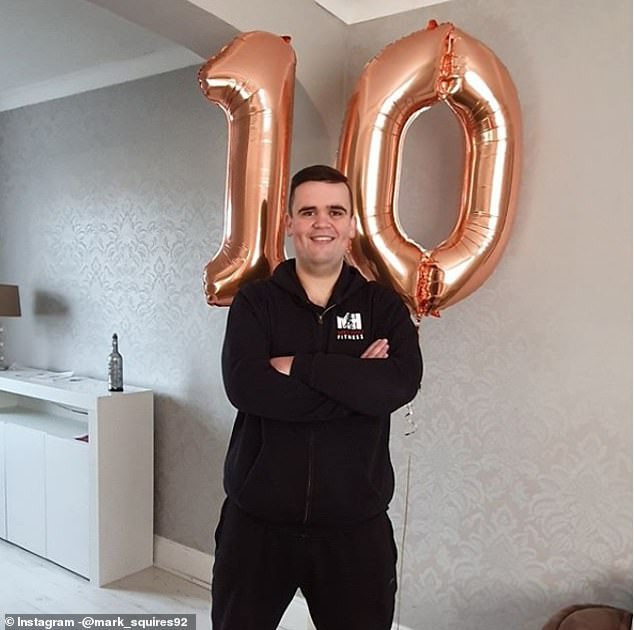 Mark is pictured celebrating his ten-stone weight loss, which he managed to achieve in one year 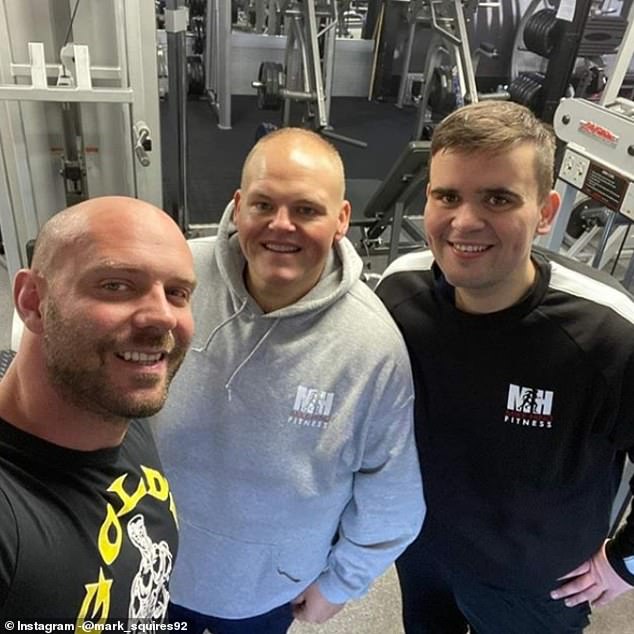 He said: ‘I was bullied as a kid I hate bullied and I think fat-shaming is a form of bullying, I think taking action is support not bullying.’

Disby agreed: ‘If someone sat there and called me fat, I would have never gone through that.

‘If I had walked in to his office and he’d called me fat, I would have walked back out if he’d just called me fat.

‘For me it was seeing that picture and knowing what my family were going through.’

Mike explained that Darren needed to face the ‘reality’ of his situation, however added that he wouldn’t take this approach with all his clients, because some people need ‘an arm on their shoulder’.

He said: ‘That’s what he needed, shock they need the reality.

‘Dibsy was life or death – some clients this wouldn’t have worked for they need an arm on their shoulder on support.’ 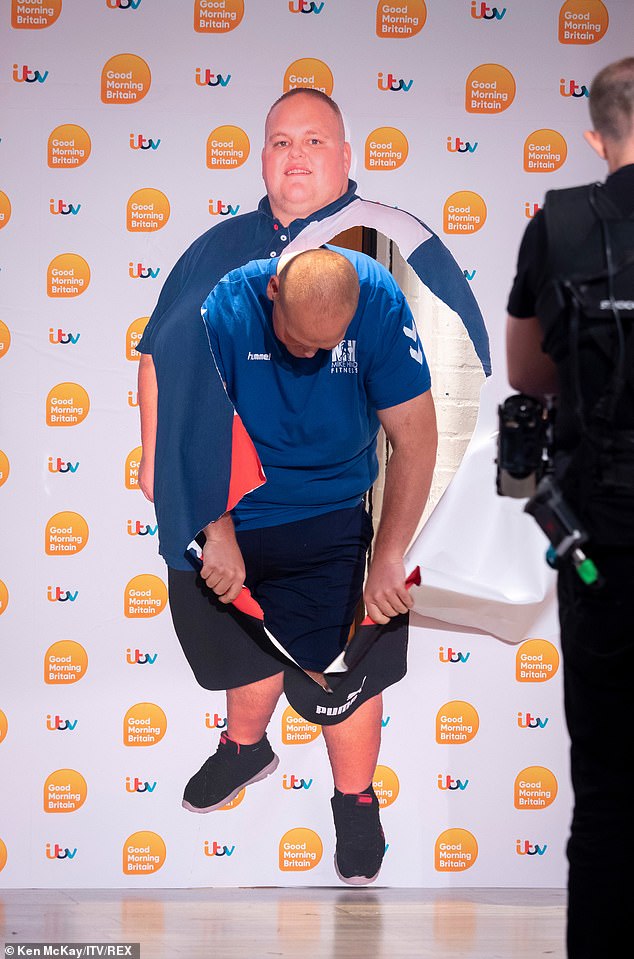 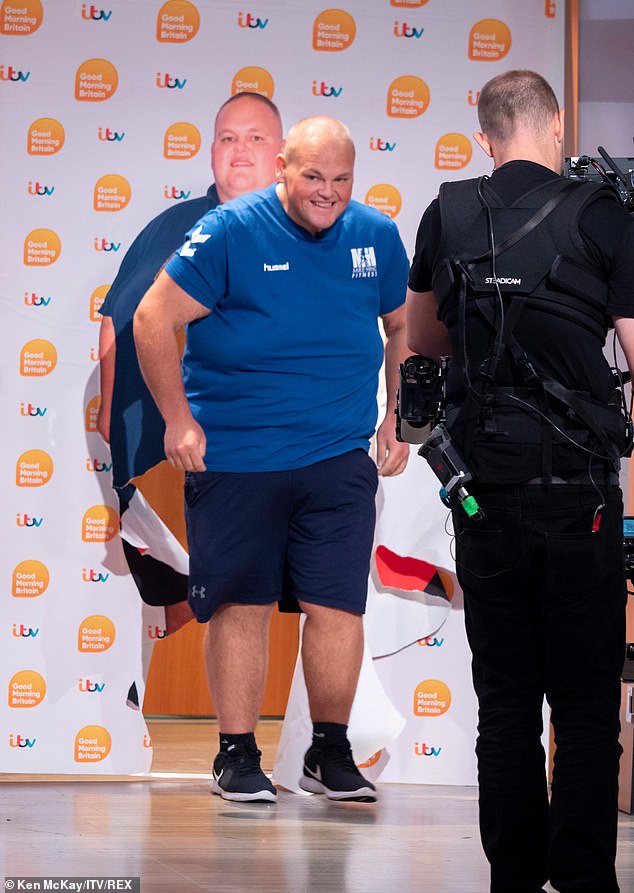 Darren added: ‘ We discussed it all the way through.

‘The harsh reality hit me I needed to know that, I don’t think I was fat-shamed.l I describe it as being supported. I say fat-shaming is being called fat.’

Disby confessed that he was eating ‘all the wrong stuff’ admitting that he would start his day with up to four sausage sandwiches and would go to the local takeaways ‘easily’ four or five times a week.

He said: ‘I was eating all the wrong stuff. I would eat two or three sausage sandwiches with a pint of milk or juice and then an hour later have another sandwich. 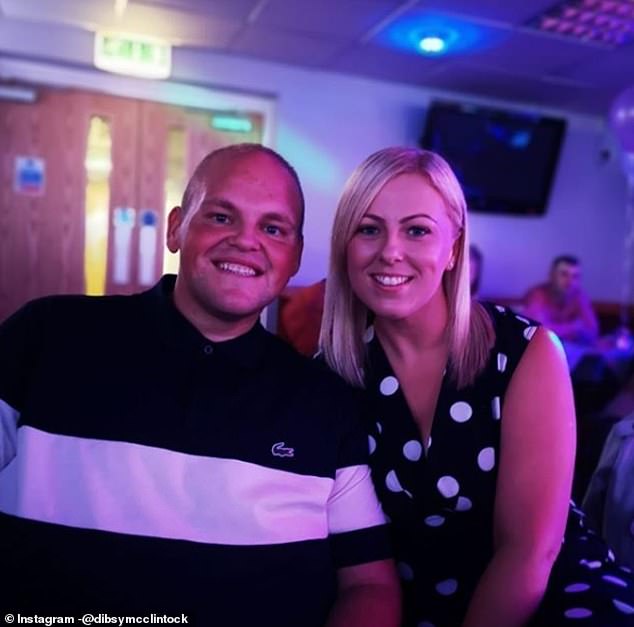 Darren has found love with girlfriend Jade since undergoing his transformation

‘McDonald’s other takeaways and literally every two hours i’d just be eating the wrong things.

Disby’s life has drastically improves since his weight loss, and he revealed on the show that he’s been able to find love with girlfriend Jade since undergoing his transformation.

He revealed the relationship on Instagram last year and was met with hoards of comments from friends and fans who were over the moon that he’d found love.