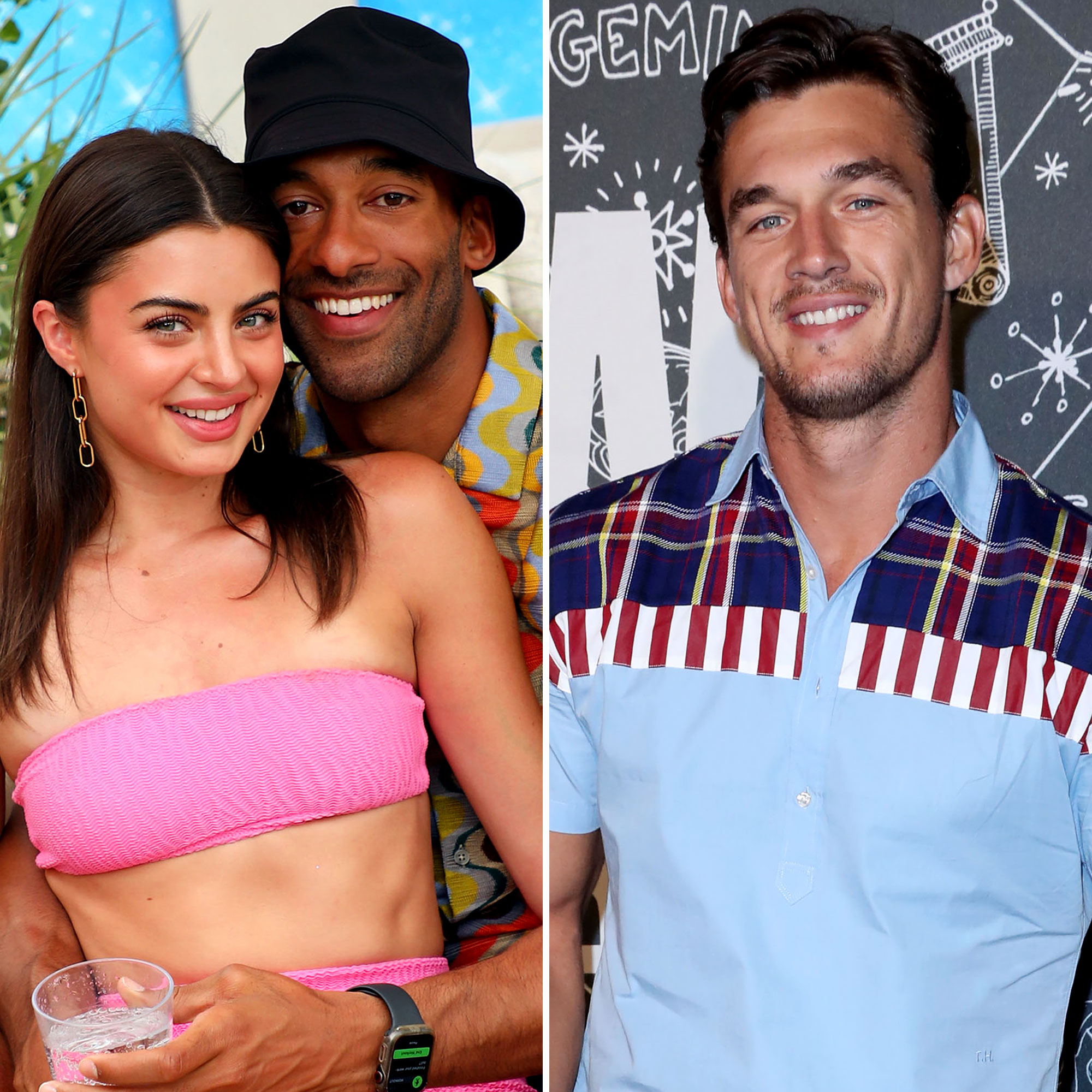 Through thick and thin. Bachelor Nation’s Matt James and Rachael Kirkconnell supported Tyler Cameron at an event honoring his late mother, despite rumors of a strain in their friendship.

“Here we go y’all! Ready for the big night,” the Real Dirty Dancing contestant, 29, wrote via Instagram on Thursday, September 22, ahead of a gala celebrating the Andrea Cameron Foundation. “@whiteclaw is seriously there for me every step of the way – from every cheers to tonight’s big toast, coming through to support the Foundation I hold closest to me.” James, 30, commented a series of laughing emojis on the post, while his girlfriend, 25, wrote, “Lmaoooo see you soon 🖤.”

The former Bachelor later shared a photo from the event via his Instagram Story, describing it as “a special night celebrating a special woman.” James and the graphic designer also posed for photos with Cameron at the gala, which raised money to help the foundation provide scholarships for local high schoolers in need.

Matt James and Tyler Cameron’s Bromance Through the Years

The former football player’s post comes amid rumors that his relationship with Kirkconnell has strained his longtime friendship with Cameron.

“I think people think [Matt and I aren’t friends] because we’re just not in each other’s everyday lives like we used to be,” the model told Us Weekly in July, two months after James claimed that his best friend and girlfriend had a “love-hate” relationship. “I think it’s part of growing up. It’s part of entering a relationship. … We all have those friends that they grow up, they start dating their person, they get married, they do their thing and you see him when you see him.”

Cameron continued: “I was definitely going through my own s—t. … We just have our own ways of clashing. I don’t like listening to people sometimes. And she’s strong and she has a really good opinion on a lot of things. And sometimes I don’t want to hear it.”

Despite having his disagreements with Kirkconnell in the past, the Single Parents alum noted that he supports her relationship with James. “They’re very happy and I think we clash just because we’re both passionate people in what we believe in. But we’ve also learned from each other, so that’s good,” he explained to Us. “I think they’re good for each other. They keep each other happy and keep each other going and that’s what’s important.”

One month later, Cameron added that things were “cool” between him and the couple. “There’s nothing wrong. We’re all cool, we all like each other,” he told The Daily Pop. “You get a relationship, and then you do things with your girlfriend. You don’t see your boy all the time.”