Megan Thee Stallion posted a photo to Instagram Monday of herself and Doja Cat at the 2022 Billboard Music Awards — with Cara Delevingne notably edited out.

The fan-altered snap from Sunday’s star-studded event in Las Vegas showed the “Captain Hook” rapper, 27, sitting behind the “Get Into It (Yuh)” singer, 26, but several netizens pointed out that the original included the model, 29, seated between the two artists.

Delevingne, who looked blurry in the real version, seemed to be Photoshopped out, while Megan and Doja were spliced together as if they were seated beside each other.

The “Paper Towns” star may have been removed from the photo because she was not posing for it. The original appeared to show her mid-sentence as she looked off to the side and fanned herself. 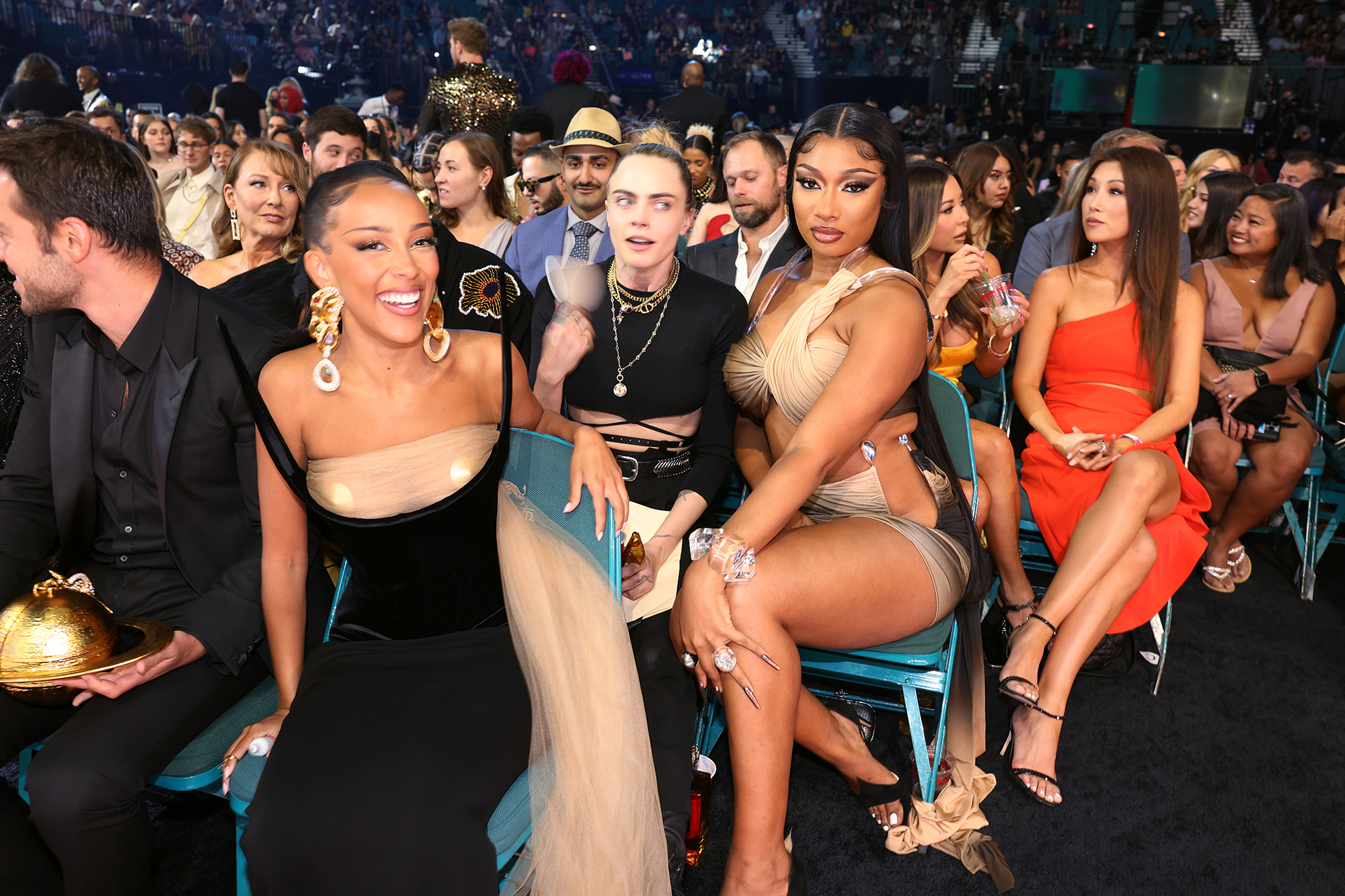 It seems Megan’s post was nothing personal against Delevingne, as the “Savage” performer posed for photos with the “Suicide Squad” star at another point in the evening.

Delevingne was also seen playing with Megan’s dress as the Grammy winner posed for photos on the red carpet in a moment that went viral on social media. 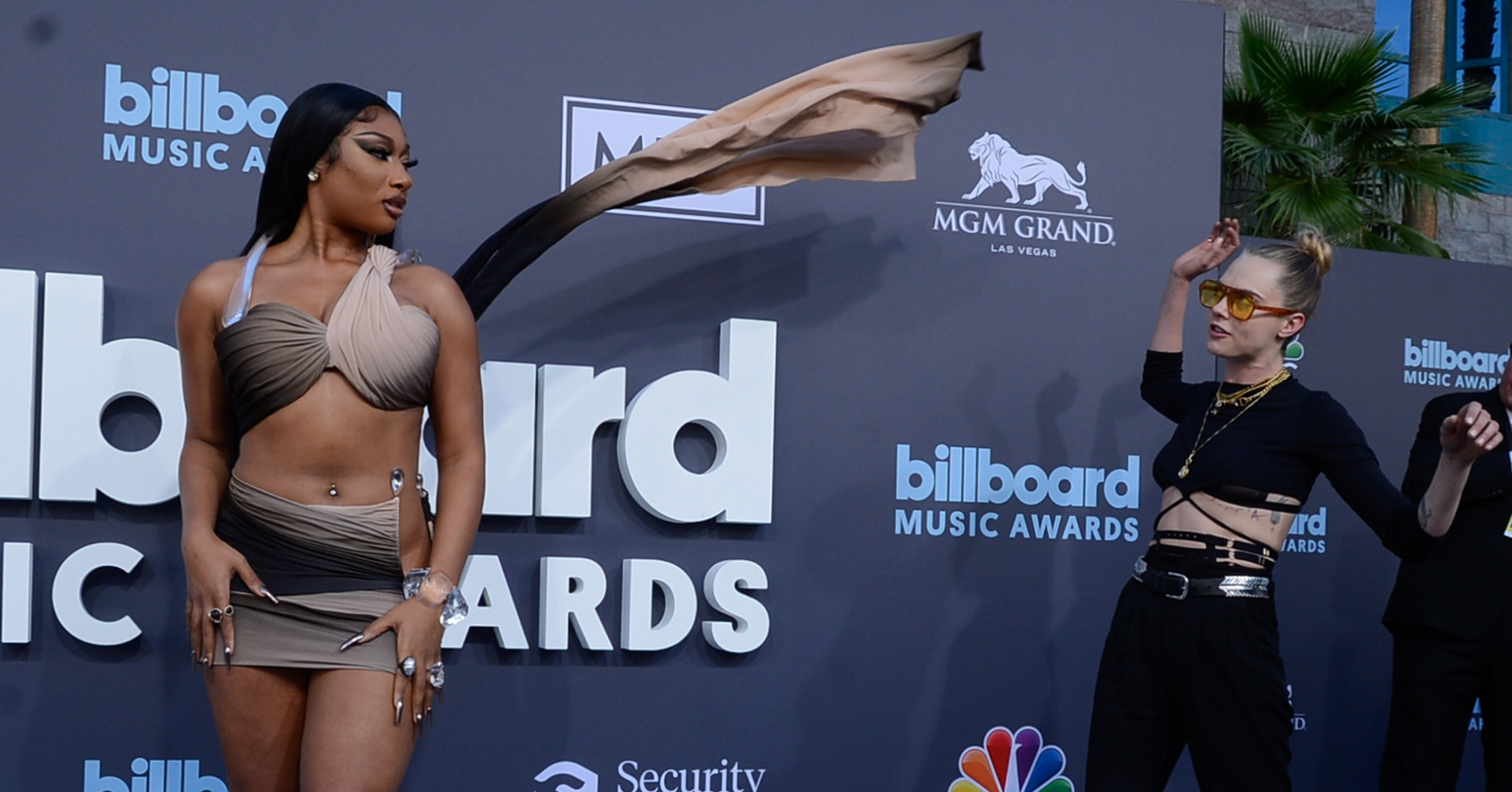 The “Thot S–t” rapper had a big night at the awards show, taking home the trophy for Top Rap Female Artist.

She also performed her new song “Plan B” and the Dua Lipa-featured “Sweetest Pie” in a barely there black Mugler bodysuit with cutouts on her butt, legs and midriff. 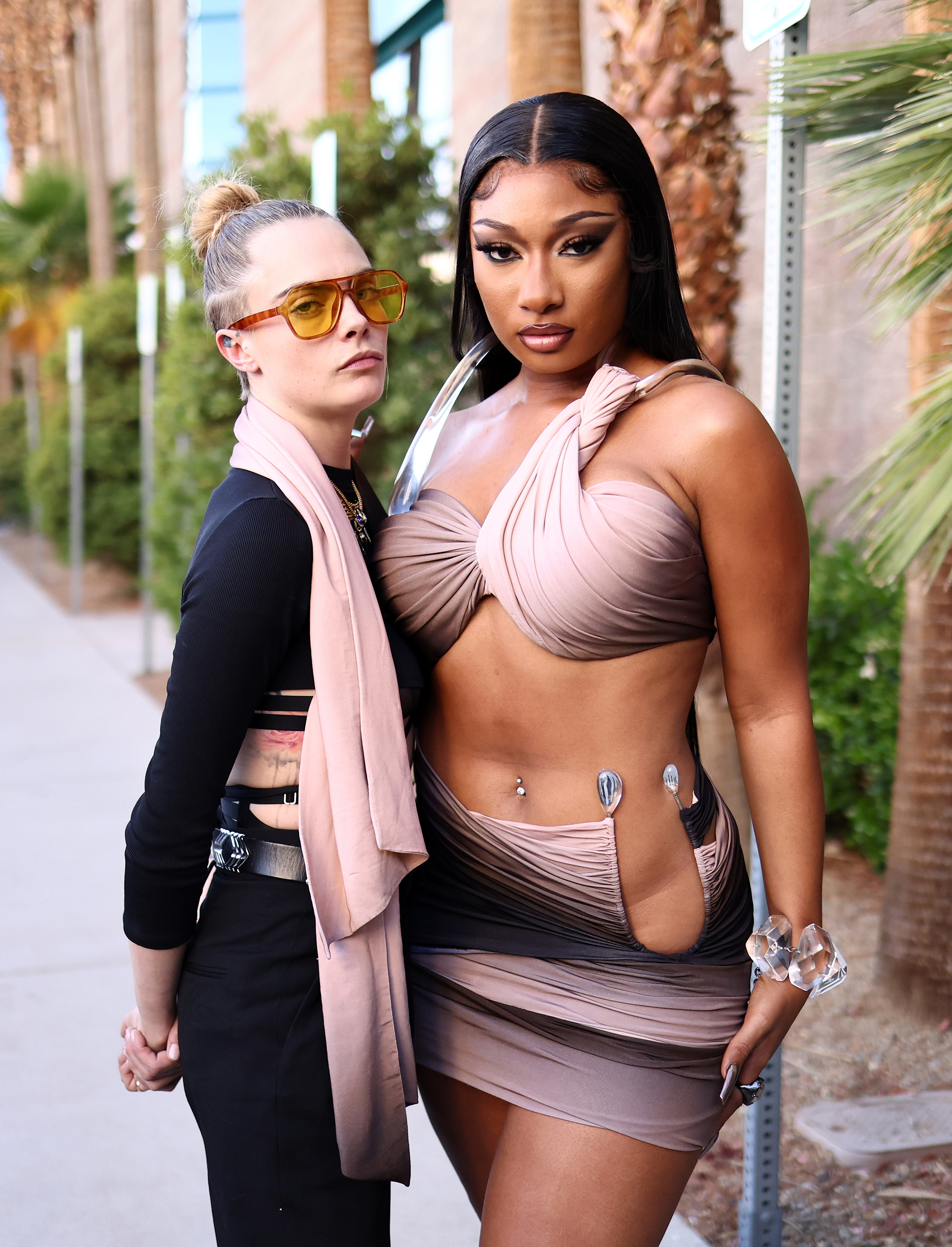 “MUGLER MEG. All of my outfits were CUSTOM @muglerofficial 1 of 1 🔥Thank you @cadwallader for bringing paris to Texas lol,” Megan wrote in a post to Instagram.

“thank you @billboard and Thee HOTTIES for making me thee TOP FEMALE HIPHOP ARTIST. For the rest of the year I’m remembering that I’m THAT BITCH and if you think I ain’t f–k you 😘.”