“She appeared less reticent and more confident than she had at Windsor,” body language expert and author Judi James exclusively tells Page Six.

On Wednesday, Markle along with husband Prince Harry and other members of the royal family paid tribute to the late monarch at Westminster Hall.

The Duchess of Sussex paid her respect by curtsying in front of the Queen’s coffin, while her husband bent his head down.

The pair sparked mixed reactions at the service as they held hands while walking out of the hall. Princess Anne’s daughter, Zara Tindall, and her husband, Mike Tindall, also held hands as they approached the Queen’s coffin and as they exited. 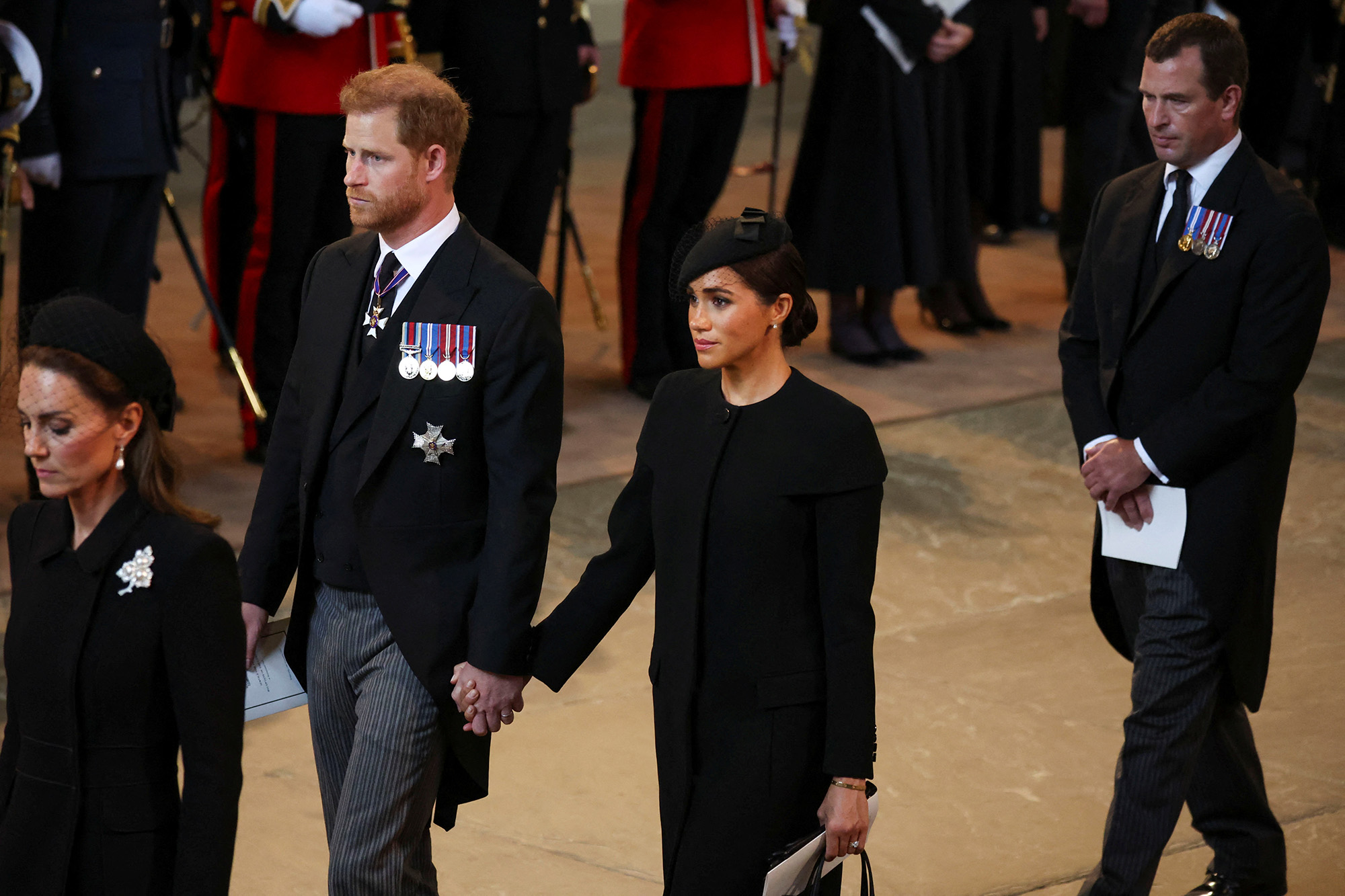 The “Suits” alum looked “more confident” than her first appearance on Saturday when she took part in a walkabout with Prince Harry and the Prince and Princess of Wales. 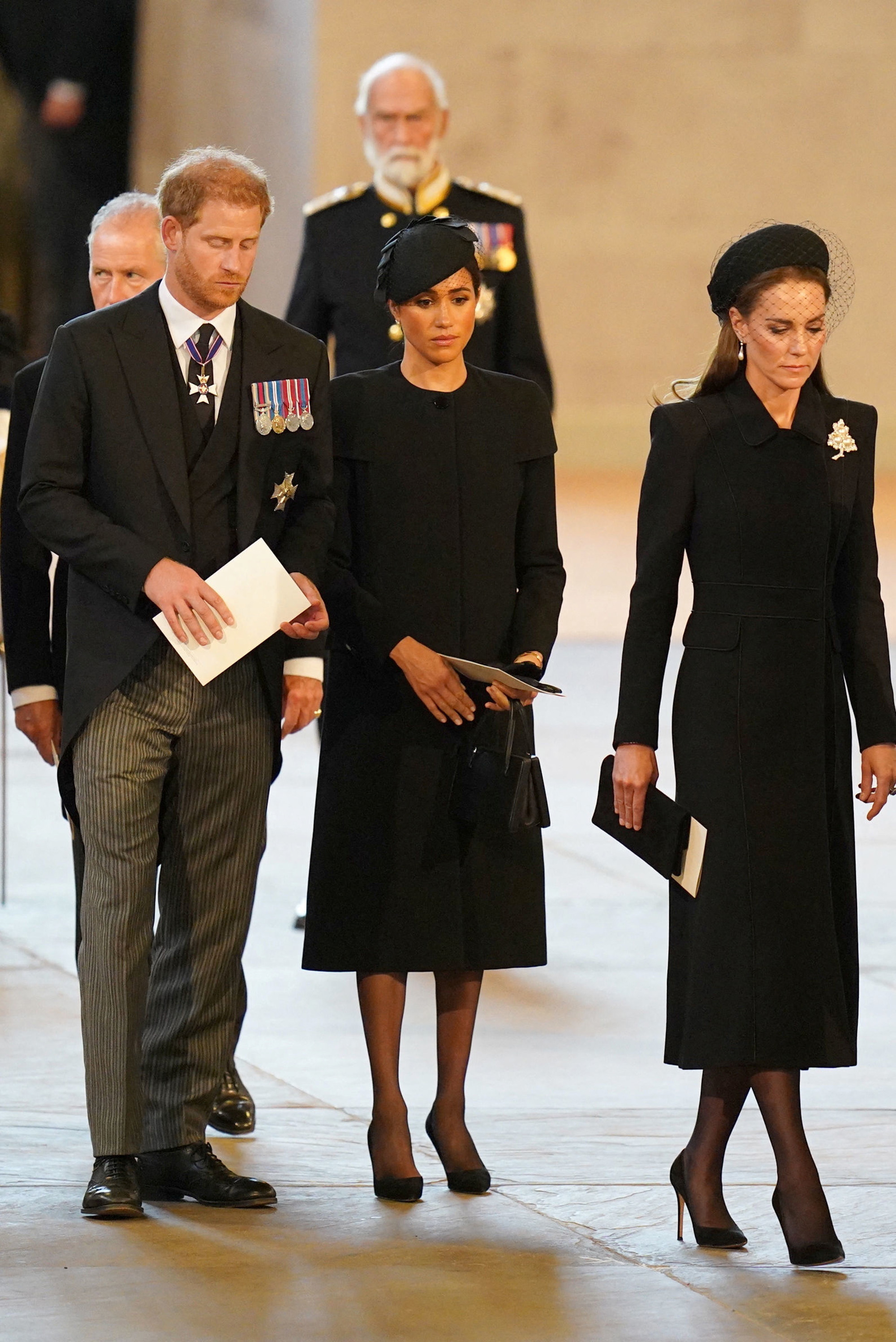 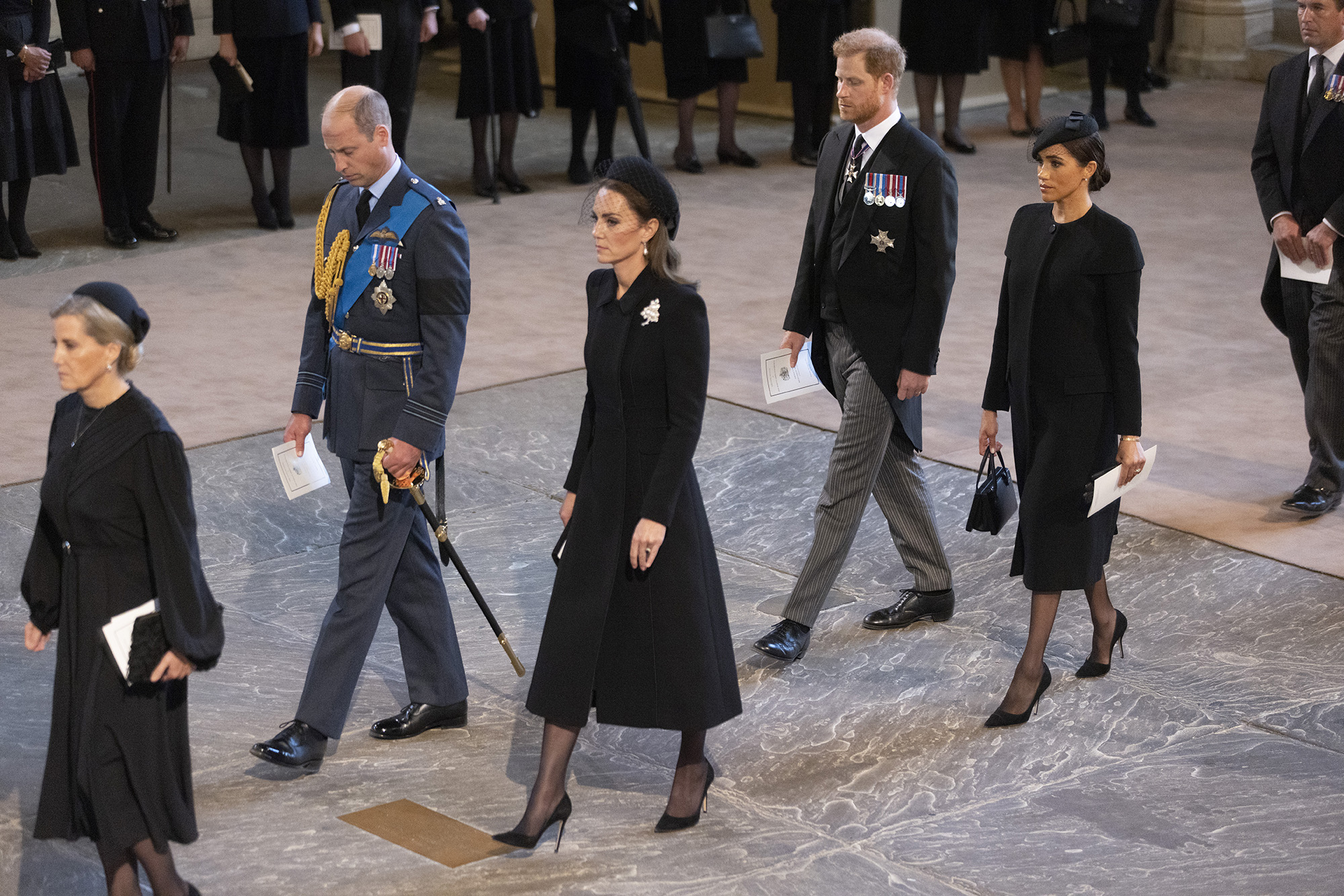 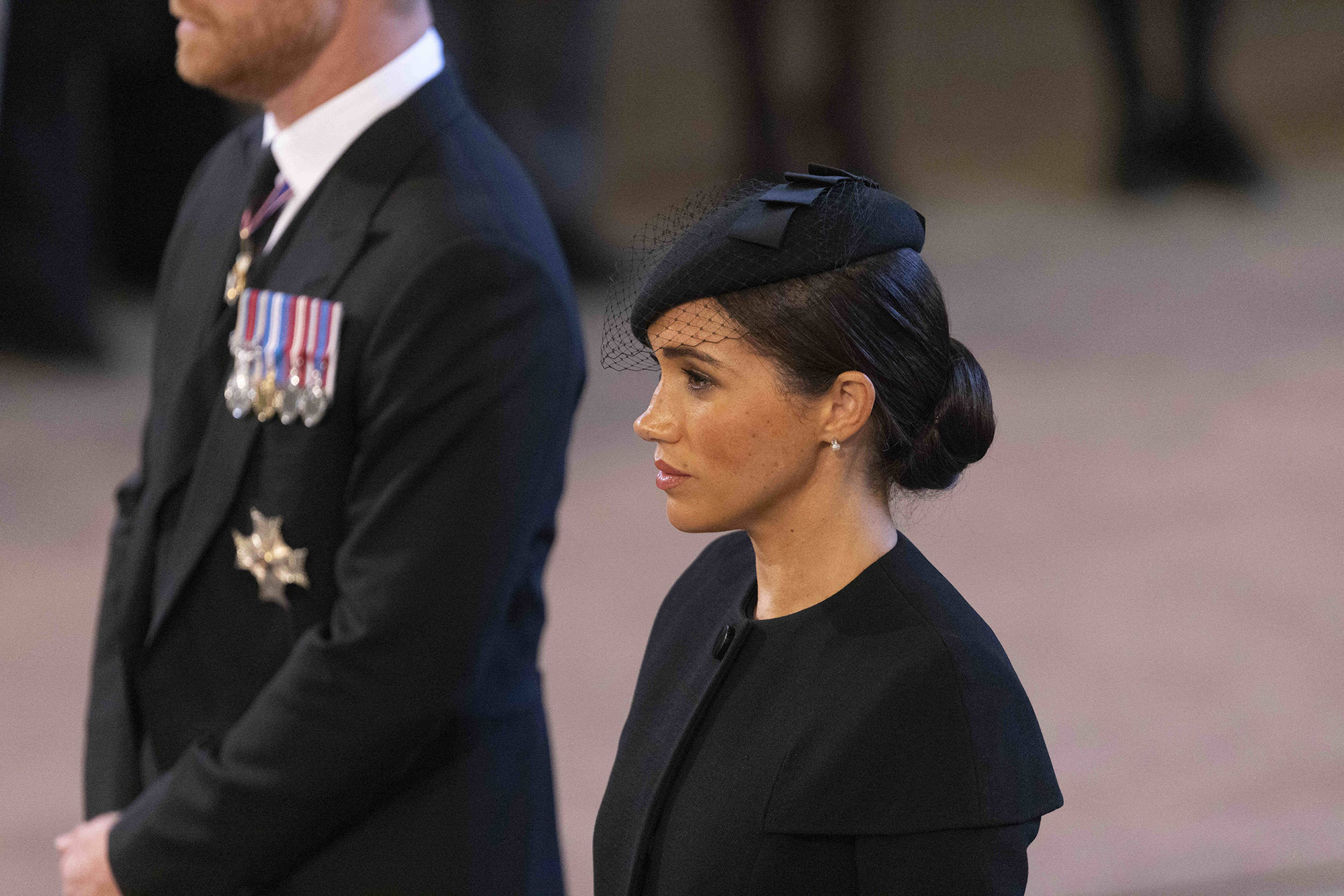