Home » Lifestyle » Men, I want us to talk about body image

Men, I want us to talk about body image 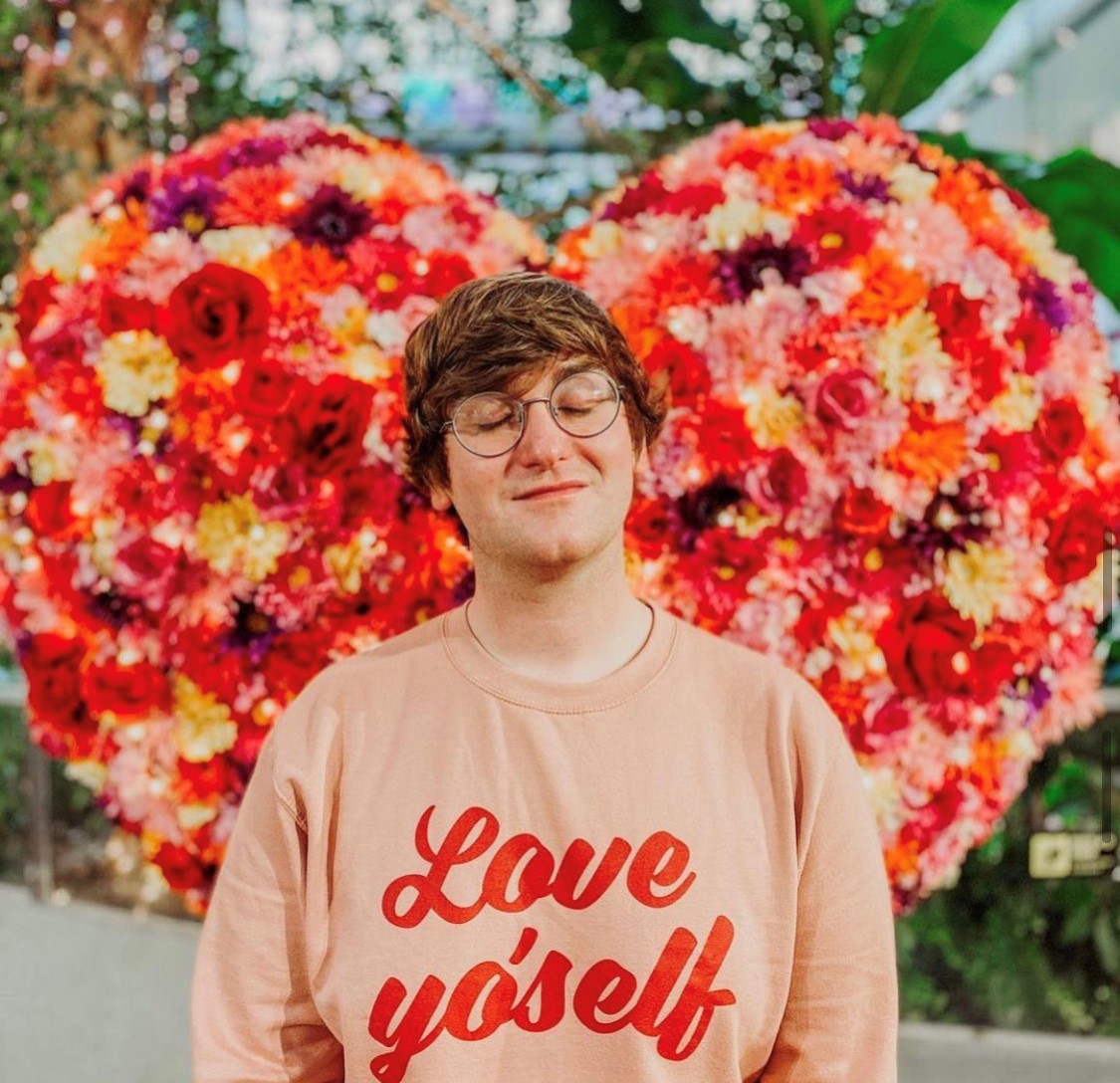 The first time I became aware that my body was different to those around me was when I was in year six.

I was getting changed for PE and noticed that I had a stretch mark glistening up at me.

I had never seen one before and I didn’t know what it was but as I looked around the room, no one else had them so I knew something was different.

Up until this point, my body had just been a tool for me to navigate life; to climb trees, go to taekwondo with my friends and play football. But seeing that little stretch mark changed all that.

I instantly felt that there was something wrong with me.

As soon as I finished school that day, I asked my mum about it and she responded: ‘It’s perfectly natural, you’re just growing quicker than everyone else.’

I didn’t want to be growing quicker than anyone else. I wanted to fit in, not stand out for being the only kid in the changing room with a stretch mark.

Like most people, when I couldn’t find anyone in my school who looked the way I did I started to search in media like magazines, TV and film.

Sadly in the 90s, male beauty standards were just as tragic. A lack of diversity meant that only one perfect body type was represented, which enforced the narrative that if you don’t look that way your body isn’t valid.

Not much has changed now but this further cemented the fact that my body was the problem. The same ripped heartthrobs were continually in every movie and it just enforced that in order to be happy, successful and loved I needed to look like them.

This resulted in a decade of self-hatred, body image hang ups and doing just about anything I could to change my body – from every fad diet under the sun to taking part in whichever fitness trend was popular at the time.

Of course, some of these things worked but as the years went on, I was losing more than just pounds – I was losing my identity. My entire purpose became about losing weight, so I had no interest in everything else happening around me.

Once social media – particularly Instagram for me – became a thing when I was 18 in 2011, it immediately became a tool to help push me deeper into a pit of diet-cultures.

Back then, I only followed accounts that made me feel bad – not intentionally (no hate to them!) – but all of the bodies looked like how society expected me to look, with rock hard abs and a jawline longer than my life expectancy.

This made me feel like the only thing that mattered was if my body fit into societal standards of beauty and unless I lost weight, gained muscle and tanned every inch of my body I would never be happy.

Still, I continued to move forward with my entire worth weighing on my weight.

One day in 2017, I was on Instagram and on my explore page was a plus-size girl (@bodyposipanda) on the beach just living her life – smiling and laughing.

This is when I realised that I had been wasting my life with the sole purpose of losing weight and that there was so much more to this life than the size of my body.

So I created the account @bopo.boy as a way to document my journey to self-love.

Originally, the account was to be a very diary-like account documenting how I’m feeling. Over time, it’s evolved into a wonderful community of people who uplift and support one another on their own journeys.

I like to share my insight on self-love and body confidence – helping others to get to this place too. It’s also a place for me to uplift the voices of other marginalised bodies who aren’t seen or heard as much as they should.

I consumed all I could to do with body positivity and body acceptance and slowly but surely began to repair my relationship with my body, food and exercise.

It helped as I was able to see that our bodies are not our worth. Sure, they’re a part of us but they aren’t the entire picture.

It shows me that I’ve been tricked into believing that I have to look like the cover of a magazine to be considered worthy in the eyes of society and that isn’t the case.

It isn’t easy. You won’t wake up and suddenly love your body and of course even now I still have bad days, but it’s important to be kind to yourself and continue moving forward.

For me, diversifying my feed was one of the most transformative actions I could take. I followed as many people as possible of varying body types.

Some looked like me, most didn’t, but all of them were living their authentic lives and embracing their bodies. This taught me that our beauty is in our differences and although I don’t look like 90% of the people that I follow, I’m equally as worthy of love and happiness as they are.

The problem still is the lack of men opening up about their body image struggles – both online and in real life, as men aren’t having these honest discussions as often.

Even after being in this world of body image for the past four years, I can count on one hand the amount of men willing to open up and discuss their relationship with their body.

Society puts men inside a ‘man box’, a place where they are expected to be unmoving – never showing any emotion. If they do, then they are immediately emasculated by others and made to feel like less of a man.

This is the problem – the fear of persecution from society that men have stops them from opening up and getting access to the resources they might need to help them.

By breaking down this ‘man box’, we cultivate a space for men to talk freely without judgment and allowing them to get access to resources they might need, like support groups, education resources, therapy – or even just being able to talk things through with friends and family without fear of judgement.

It will benefit them hugely because it’ll allow them access to resources that can help them work through their own body image hang ups, which will allow them to start on their own journey of self-acceptance and ultimately allowing them to improve their mental health.

That’s why I am working with CALM and Instagram for the CALM ‘Body Talks’, a series of interviews with famous faces including Jamie Laing, Russell Kane, Leon Mckenzie and yours truly, discussing our own personal relationship with body image and mental health to show men that they are not alone.

If I found a page like mine when I was in year six, I think it would have saved me years of self-hate.

I would have felt represented, seen that there were bodies like mine that exist and are thriving and that I don’t need to fit into a certain ‘box’ to be deemed a man.

Representation truly matters and having more men add their voices to the narrative helps us normalise men opening up about how they feel.