Industry Minister Ed Husic has accused the country’s major gas producers of failing to deliver enough fuel to manufacturing companies that are desperate for affordable energy, saying the big exporters will face drastic federal action if they do not ease the winter energy crisis.

With energy bills soaring for industrial customers, Husic said the gas exporters needed to know the government was “deadly serious” about direct intervention to force them to supply the domestic market on the grounds they were breaching their social licence to act in the national interest. 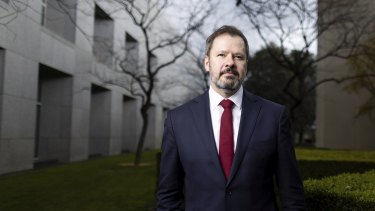 But the Industry Minister also backed the need for new gas projects if they passed key environmental tests, saying the Narrabri gas field in northern NSW could give businesses the supplies they would need to get through the transition to renewable energy.

The comments put exporters such as Shell and Santos on notice to divert more supplies to the domestic market before the government forces them to do so under existing rules or drafts tougher laws with more severe controls on exports.

“I’m very agitated by the behaviour of the gas companies at the moment because I feel like they’re not playing ball,” Husic said in an interview with The Sydney Morning Herald and The Age.

“We came to government with the view of bringing the country together and we just can’t have one segment of industry, notably gas, think that everything that’s good for them is OK for the rest of the economy when clearly that is not the case.”

“Industry has extraordinary pressure because they’ve been forced to pay for gas that is potentially four times higher than what they once had.”

“I want us to explore all options. And I want gas companies to know how deadly serious we are on that.”

Industrial customers account for 48 per cent of domestic gas demand by using the fuel to make products ranging from bricks and cement to plastics and fertilisers, sparking concerns within the government that jobs will be lost if the exporters do not ensure supply at reasonable prices.

Asked if a tax increase on gas exporters was on the table, Husic said Prime Minister Anthony Albanese had ruled out the option but that gas companies should act faster or face more severe federal intervention.

“The gas companies should bear in mind that desperate times force the once improbable to become possible,” he said of a tax.

“We’re saying we don’t want to do that. We want other options to be on the table for consideration. The gas companies have got a chance to shape the future they want.”

Gas producers deny depriving domestic customers of energy by sending most of their coal seam gas through pipelines to Gladstone for export to Asia, saying the price spike for fossil fuel is the result of outages at coal-fired power stations and global factors such as the Russian invasion of Ukraine.

The industry cited research from EnergyQuest this month stating that total east coast demand for gas in the first quarter of this year, both export and domestic, was 471.8 petajoules and that supply was 478.9 petajoules, resulting in a surplus.

“It was gas that was there to provide the extra energy required when coal and renewable generation levels were down across the east coast,” said Australian Petroleum Production and Exploration Association acting chief Damian Dwyer.

“Over the longer-term, we need more supply to continue to ensure energy security and competitive prices, not more regulation. There are already mechanisms in place to ensure supply and transparency.”

But Husic said manufacturers were telling him their costs were soaring and their jobs were at risk from high prices for gas, which meant there was a social obligation on the exporters to look after their domestic customers.

“If banks in a different climate weren’t passing on interest rate cuts, we’d be saying that is economically irresponsible. So why should gas companies and energy companies be shielded from the same sort of probing questioning?” he said.

The Narrabri project, which is being developed by Santos in northern NSW with a pledge to send all the gas to the domestic market, has divided politicians, with Greens leader Adam Bandt saying the gas must stay in the ground while Resources Minister Madeleine King says the project should proceed if it passes environmental checks.

Husic, who represents the western Sydney seat of Chifley, said Australian industry would need the gas.

“Narrabri went through an exhaustive independent assessment process and deep scientific consideration of the implications of opening that up, and in the end the science drove the decision,” he said.

“That does open up some supply and if other reserves can be opened up, and if they’re discovered and they meet that environmental test and the science shows that the gas can be extracted safely, then I think we should have an open mind to that.”

“I know there are people that say gas has no role anymore, but, again, those supplies buy us time to be able to refine alternative technology and bring it up to speed as quickly as we can and at a cost that will satisfy industry.”

Husic said the government was committed to action on climate change by reaching net zero carbon emissions by 2050 and the previous government had done too little to shift Australia to renewable energy, making it difficult to achieve a rapid transition.

“They treated energy like a political football, they didn’t focus practically on how to have alternative energy sources developed,” he said of the Coalition.

“We are committed to net zero. We’re dead serious about that. But the technology has to be available in a way that can be used by manufacturers and at a cost that is nowhere near as big as what it is at the moment.

“So gas is going to have to play a role. And remember, net zero does not mean all zero. There will be some form of energy generation that will rely on coal or gas in the immediate term and the medium to longer term.”

While mining billionaire Andrew Forrest is developing an import terminal at Port Kembla in NSW that aims to use hydrogen to produce energy, “green” hydrogen that is created without any carbon emissions is yet to support widespread industrial production in Australia.

“There is no switch you can flick at the moment from one energy source to the other – this is the challenge,” Husic said.

“If we were forced to do so it would come at a social cost.

“The social cost is the employment dislocation, the impact on regional communities. It would be a sharp divide between city and country that we just don’t need. The Liberals and Nationals stoke that divide, we’re about bridging it.”