Two Australian black swans were found in Southold, New York, when local Long Island residents formed a human chain to keep the birds safe until they were able to be rescued.

“I got a call Wednesday morning with someone saying, ‘Hey I looked out my window and I see these swans,'” John Di Leonardo, president of Long Island Orchestrating for Nature, told FOX News. Di Leonardo was more than two hours away at the time. “Neighbors jumped in kayaks and stayed with the swans waiting for me to come and catch them.” 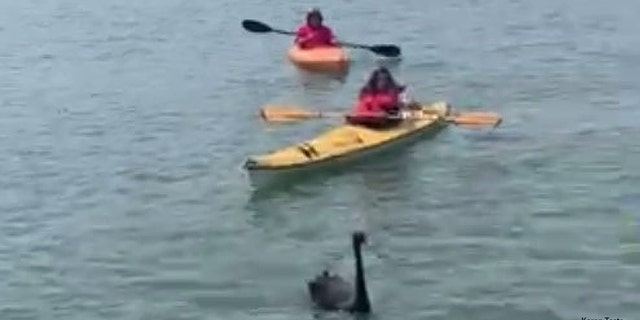 Tony Bellissimo spotted the birds with their bright red bills earlier this week outside his home in Corey Creek and initially thought they were covered in oil from a potential oil spill, but after doing some research, he realized they were rare Australian swans, the Suffolk Times reported.

The exotic birds were also reportedly seen in Florida and in ponds in the Newport Beach, California-area last year. 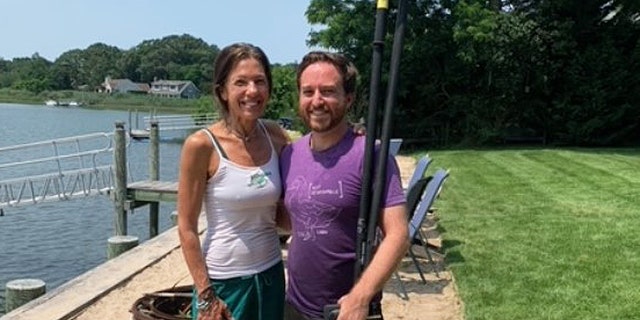 The black swans could have potentially been released or escaped from captivity, Di Leonardo said.

Neighbors spotted the majestic birds out on kayaks and formed a circle until Di Leonardo arrived.

“When we got out there. I started by throwing a little bait – a wild animal would typically be in flight mode but these guys were totally tame. They started eating the bait within a foot of me. The boats got a little too close so they got spooked. I quickly netted the male. When I realized they were going to swim I put him in a carrier on the shore and I carried the female. We were able to reunite them,” Di Leonardo said, adding that he is now fostering them. “These guys aren’t equipped for the wild at all.”

Di Leonardo said he will find a sanctuary that’s best suitable for the swans.