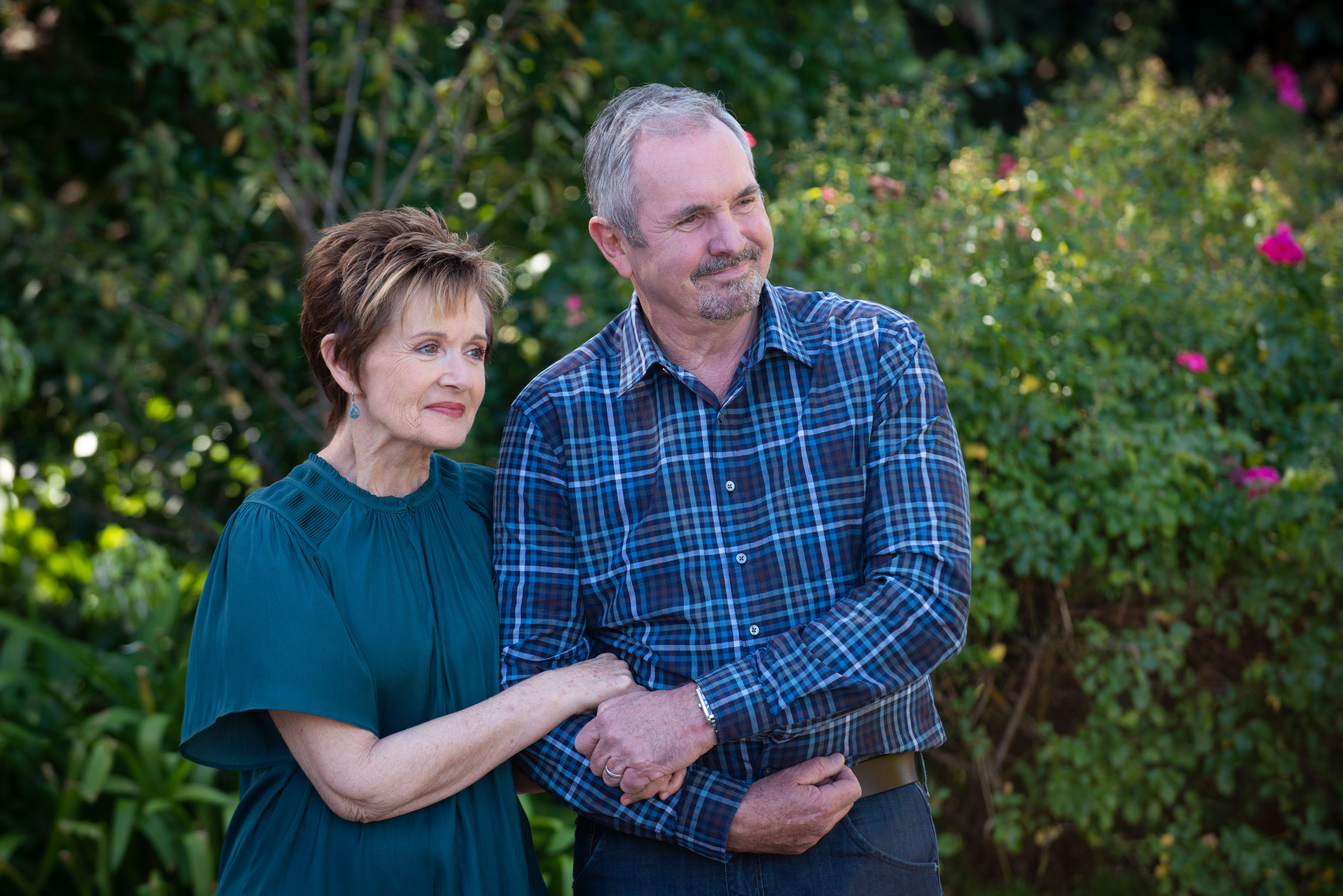 Neighbours royalty Alan Fletcher and Jackie Woodburne have joined the show’s upcoming farewell tour, and be right back, we’re off to get our tickets.

The legendary duo, who portray Karl and Susan Kennedy on the Channel 5 soap, will travel to the UK in March next year to take part in the highly- anticipated tour, which is set to open in Belfast on March 1 and tour 15 dates throughout the UK.

Jackie, 66, and Alan, 65, have been at the centre of many a memorable Neighbours storyline since they made their Ramsay Street debut all the way back in 1994.

Karl’s affair with Sarah springs to mind, as does the the breakdown of their marriage, which transpired when the show’s resident doctor fell for scheming Izzy Hoyland.

In addition to all the chaos, however, Karl and Susan have also taken centre stage in some incredibly heartwarming and emotional outings of the Aussie serial drama, such as Susan’s amnesia and her battle with MS.

Susan, more recently, featured heavily in the thrilling Finn Kelly (Rob Mills) storyline that culminated in March 2020, shortly after the show’s 35th anniversary week, in which she and actor Rob Mills starred in their very own two-hander episode.

Jackie and Alan have been key cast members since their debut 28 years ago, all the way to the end of the show.

‘I have been incredibly moved by the outpouring of love and support from fans as their favourite TV show is ending it’s 37 year run,’ said Alan. ‘Which is why I am so excited to be involved in the Farewell Tour.

‘These shows will bring together thousands of dedicated fans to join cast past and present in a huge celebration of the show we all love so much. I expect this tour to be an unforgettable experience for audience and cast alike.’

Due to popular demand, two additional dates for the tour have also been announced.

A third at the London Palladium on Thursday March 23, but prior to that, the cast will travel to the Southwest as the show visits the Bath Forum on Wednesday March 22.

Tickets for the new shows will go on sale on Friday July 15, with a pre-sale on Thursday July 14. Limited tickets remain for the existing dates.

Neighbours airs weekdays at 1:45pm and 6pm on Channel 5.