New Girl’s Jake Johnson: I ‘Always Wanted’ Nick and Jess to Be Endgame

No longer her cooler! Jake Johnson got his wish when Nick Miller and Jessica Day got together on New Girl, but he didn’t want them to be a couple for all seven seasons.

New Girl Cast: Where Are They Now?

“I always wanted them together. I wasn’t as excited about them being together for multiple episodes, but I always wanted them in the end to be together,” Johnson, 43, exclusively told Us Weekly while promoting his film Ride the Eagle. “I grew up loving Cheers. It was my favorite show. And I wanted Sam [Ted Danson] and Diane [Shelley Long] to end up together. But I didn’t want Sam and Diane to be married season 5. So I think the battle for us was always how do we keep this thing going while you can’t repeat the goods? By we, I mean the writers. But Zooey [Deschanel] — we texted all the time. Zooey and I were very in touch with what we thought about Nick and Jess. We were like very in it together from the start.”

Johnson and Deschanel, 41, starred on the Fox comedy alongside Max Greenfield, Hannah Simone and Lamorne Morris from 2011 to 2018. While Nick and Jess were the main romance on the series, it was Nick and former college roommate Schmidt (Greenfield) that brought the bromance. 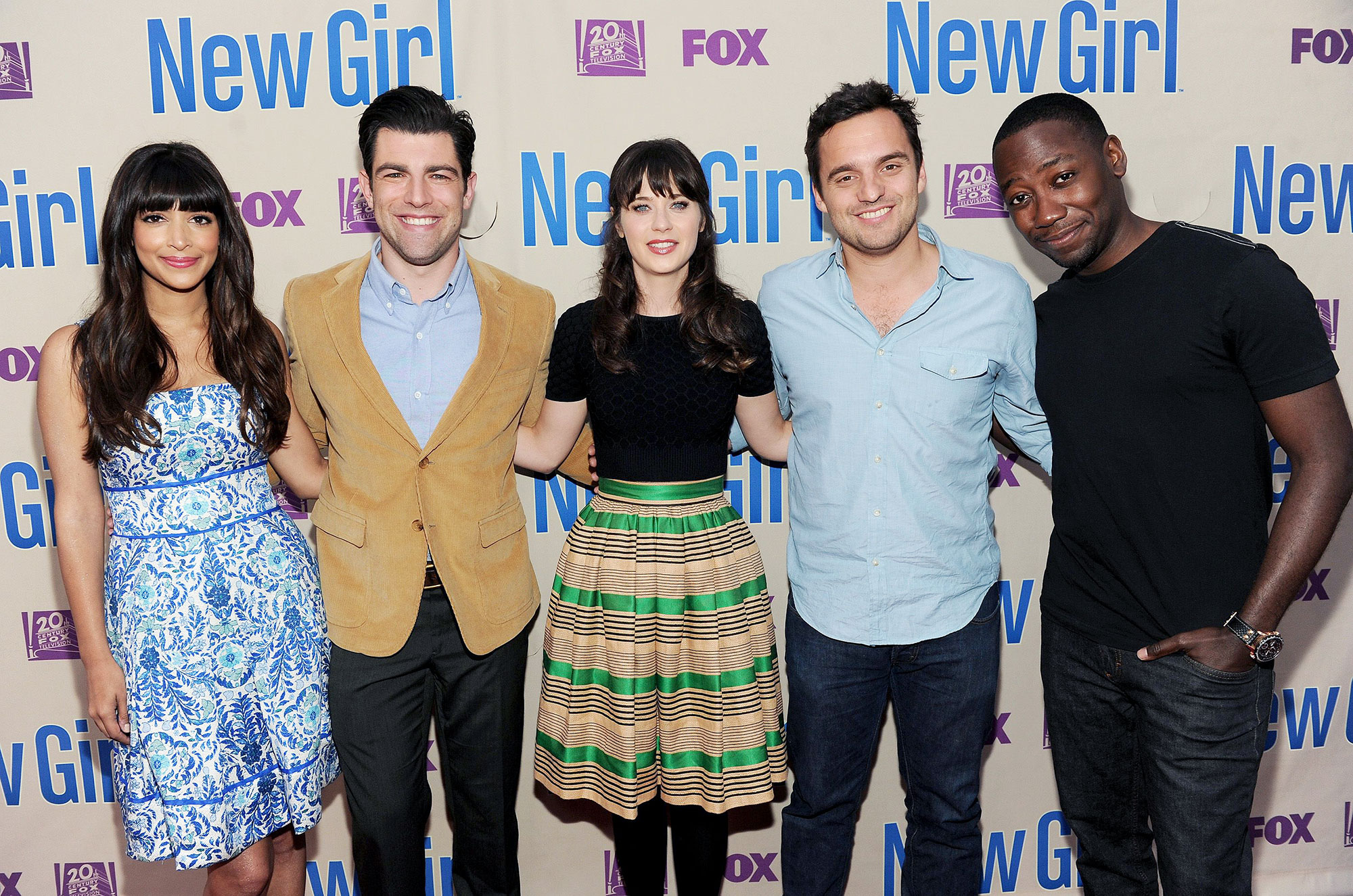 “Nick and Schmidt, those [scenes] were so fun. I really, really miss doing comedy with Max because we knew the bits so well. And also our crew was so sick of us because we improvised so much. So doing comedy for a group of people who kind of don’t think you’re funny for me is my favorite. Like, when you’re performing and everybody loves it and is into it, it’s fun, but it’s way better when there’s like a grumpy old guy behind the camera who thinks that you’re wasting his time. It makes everything ten times funnier,” Johnson told Us. “So everyone kind of hated Max and me.”

Johnson has seamlessly worked in TV and film, but it’s the small screen that he gravitates to most. “I love television. I will always like it more than films because I like working with the same people and I like stories that build,” he explained. “People talk about Nick Miller a lot and what they like about him. Well, part of that is we had seven years to develop that character. Characters can change and grow. So for a movie, you have an hour and a half and then they are gone.”

He also benefits from working consistently with the same actors and writers on set. “What I miss most about doing that is being in a situation where five days of work a week, we get unbelievable writers who write really funny situations. Why I’m excited to go back to TV is I like knowing where my costars are really funny. And I like them knowing where I’m really funny. So doing a scene with Max Greenfield, he could set me up in a way that other people can’t,” the Tag star noted. “Or Zooey and I are doing a scene. I know where Zooey’s funny and Zooey knows where I’m funny and we both can make each other laugh. Zooey and I were texting yesterday jokes. So if we’re texting bits and making each other laugh, if on tomorrow I was on set, well, that rhythm continues. When you watch a movie, you’re meeting people for the first time. So it’s like a first date. I like having old relationships because I think it makes the work together richer. There is more depth. It’s more fun. So I miss the knowledge of each other, the years of experience and the just knowing each other’s stuff.”

It’s also a plus when the project is a success. Johnson joked — but, not really — that when a show or a movie is a flop, actors are more prone to keep a distance from their former costars in Hollywood.

“If the show would have died and faded away, nobody involved in it talks again. I’ve done projects that, like, aren’t well-received. What happens is, is they’re dead and nobody in it ever connects again. And when you see each other at a bar, you don’t discuss it,” he joked to Us. “It’s a really weird thing in Hollywood, but you never say like, ‘Oh, remember that amazing three weeks where we made that piece of dog s–t that everybody hated?’ But what’s great about New Girl is all those relationships. And we were like a family. We battled and we laughed. And now we keep talking to each other, because the thing is still alive.”

Johnson loves that youths “are responding to it” years later, thanks to Netflix. “If there’s ever a reunion, I can pitch [creator] Liz [Meriwether] bits, but that’s kind of her domain,” he told Us. “I’m really proud of the show. … I honestly, I think [parts of] Nick are with me forever. I know it’s kind of a cheesy thing to say, but Nick’s not gone from me.”