Home » Lifestyle » New York college student, a Cuban immigrant, calls out the 'leftist propaganda' he sees in US

It’s hard to watch your fellow college students — or any Americans, for that matter — make terrible mistakes of judgment.

That’s the gist of the feelings of Justo Antonio Triana, a current Syracuse University student in New York and a recent immigrant from communist Cuba.

He shared his dismay and concern about his peers’ views of socialism in 2022 during a segment on “Fox & Friends Weekend” on Saturday morning.

“The thing that they are very confused about is the idea of how life is in Cuba and how does that work,” he told the program about his fellow students and their perceptions of his native country.

“They think that because there is free health care and free education, that life is easy and happy — but in reality that’s not true,” he said. 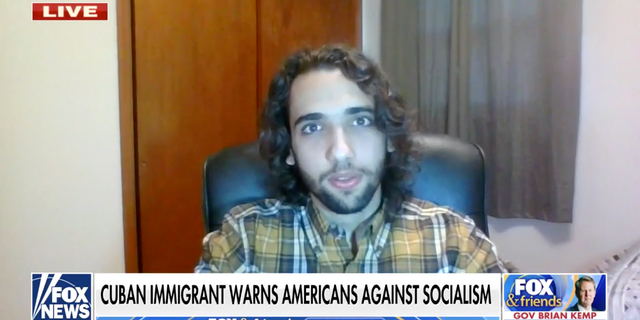 Justo Antonio Triana appeared on ‘Fox and Friends Weekend’ on Saturday, Jan. 22, 2022, to share his concerns about his fellow students’ mistaken beliefs about socialism. There is no opportunity in Cuba, he said, "to have a life with dignity and basic human rights."

“We pay dearly for those things. We pay with our freedom.”

He added, “We pay with our human rights. We don’t have any opportunity to have a life with dignity and basic human rights.”

His father had immigrated here from Cuba five years before that and filed for family reunification.

“A lot of people are pushing this leftist propaganda [here in the United States] and creating an ambiance in which [if you say something different than that], then you become isolated, you become kind of politically incorrect, and they put you on the wrong side of history, let’s say.”

“They make you appear as if you’re morally incorrect,” he added on “Fox and Friends Weekend” about what he’s seeing around him here in this country.

“They [fellow college students] think that because there is free health care and free education [in Cuba], that life is easy and happy, but in reality that’s not true.”

He also writes poetry, articles, and narratives in both Spanish and English, as Fox News Digital previously reported.

In a recent piece for The College Fix, Triana shared a number of concerns that brought him broader attention. 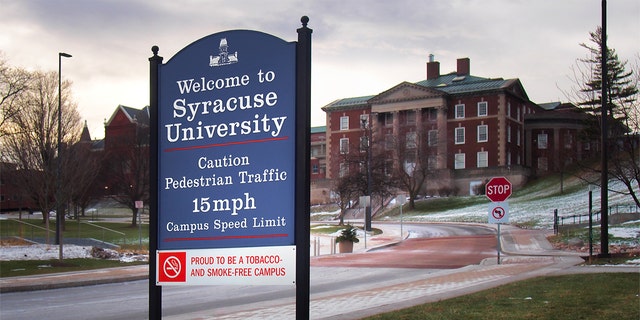 A view of a portion of a chilly Syracuse University campus is shown here. Justo Antonio Triana, a student at Syracuse, moved to the United States in 2019. His father had come here five years before that.

“Because Cubans have always been indoctrinated in the notion that the U.S. government is the sole force behind all attempts to overthrow the communist regime, people naturally assume that most Americans have the same political position as their government, or at least, that they are informed of what is happening on our island.”

To learn more about this story, watch the video at the top of this article, or click here to access it.