NHS Covid heroes who won £500,000 on Ant and Dec’s new game show reveal they donate 10% of their salaries to charity already and will give away £50,000 of winnings

A couple who worked on the frontline of the NHS ‘s pandemic battle and won the jackpot on Ant and Dec’s new game show have revealed they give away ten per cent of their salaries every year to good causes.

Midwife Kathryn, 28, and her husband Will, 29, an intensive care doctor, from Bristol, wowed audiences of ITV’s Limitless Win on Saturday night, after bagging the £500,000 jackpot.

The couple – who want to keep their surnames secret for the sake of their NHS jobs -told presenters Ant McPartlin and Declan Donnelly that the money means they could buy a home instead of renting.

However appearing on ITV’s Lorraine today, the couple revealed £50,000 of their winnings will be donated straight to charity, adding that they already give away a chunk of their yearly earnings. 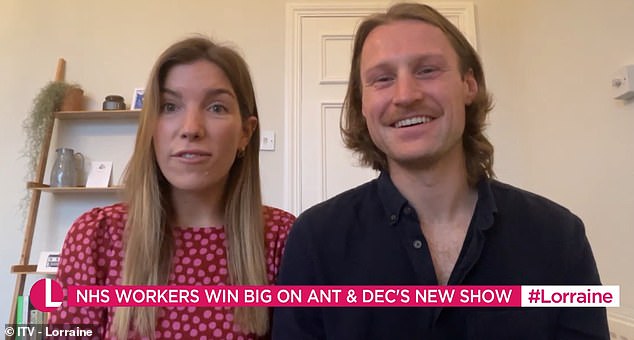 ITV quiz show winners midwife Kathryn, 28, and her husband Will, 29, an intensive care doctor, from Bristol,have revealed they give away ten per cent of their salaries 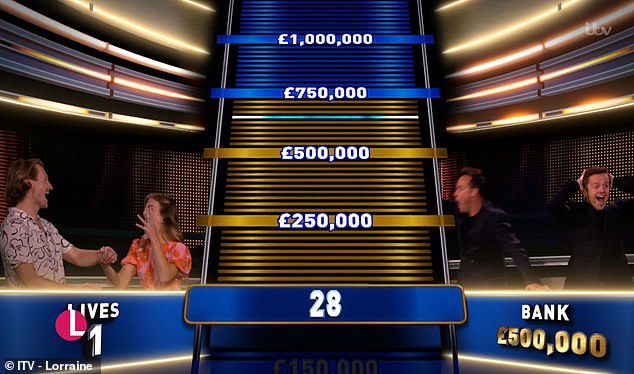 The couple wowed audiences of ITV’s Limitless Win on Saturday night, after bagging the £500,000 jackpot

‘We’ve always given away ten per cent of our salary away to charity so this isn’t going to be any different,’ said Will.

We’ll give at leat £50,000 to charities close to our hearts, like mental health and leukaemia charities. After that we’ll take our family on holiday, buy that camper van we’ve always wanted, and buy a house as well’.

The couple, who say they ‘aren’t ready for retirement just yet’ kept audiences on tenterhooks during their appearance on the show, risking the loss of £100,000 to answer their last question.

In one of the most tense TV moments in recent memory, the pair correctly answered the question ‘July 2022 will mark how many years since Jeff Bezos founded Amazon?’ with just one lifeline remaining. 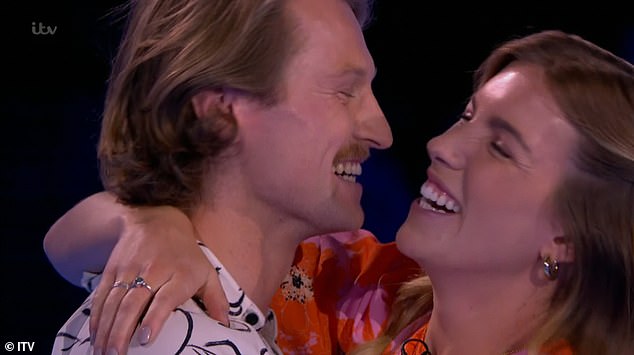 Jackpot! Midwife Kathryn and her husband Will won £500,000 during the first episode of Ant and Dec’s Limitless Win on Saturday night

They gave the right answer – 28 – which Will said he knew because his sister was born in 1994, the same year that wife Kathryn was born.

Speaking of their appearance on the show, Kathryn said: ‘It was unbelievable. We’ve never been in a studio with all the lights and Ant and Dec, the whole thing was so surreal.

‘We filmed back in October and looking back on the last three months it’s like “Did that really happen?”

Interviewed at the start of their appearance, the couple said they were used to stressful situations and having to react quickly.

‘We’ve always given away ten per cent of our salary away to charity so this isn’t going to be any different’, Will told host Lorraine Kelly this morning 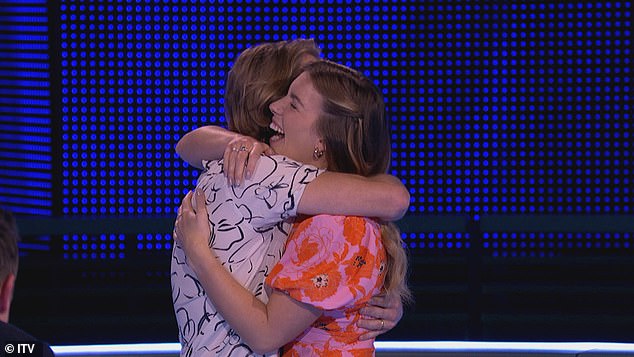 The couple, pictured hugging after their jackpot win, gave the right answer – 28 – which Will said he knew because his sister was born in 1994, the same year that wife Kathryn was born

Kathryn said: ‘In our jobs we deal with a lot of pressure, but I’m hoping that under the studio lights we’re able to remain quite calm. A limitless amount of money is crazy to comprehend.’

She added: ‘People have been very busy in lockdown, Delivering many, many babies. I feel like with this one [Limitless Win] we’ve got a little bit more time to think.’

Speaking after the show, Kathryn said: ‘What are the chances that question [Jeff Bezos founding Amazon] would come up?’ Will agreed: ‘I know, £500,000. That’s so much money, Oh my word, oh my word.’