BRITS will not be told to return to shielding, Chris Whitty confirmed tonight – but urged all vulnerable to get three jabs AND a booster.

The Chief Medical Officer updated vulnerable people tonight, but told them they should not return to staying inside at the moment, despite the huge spread of omicron. 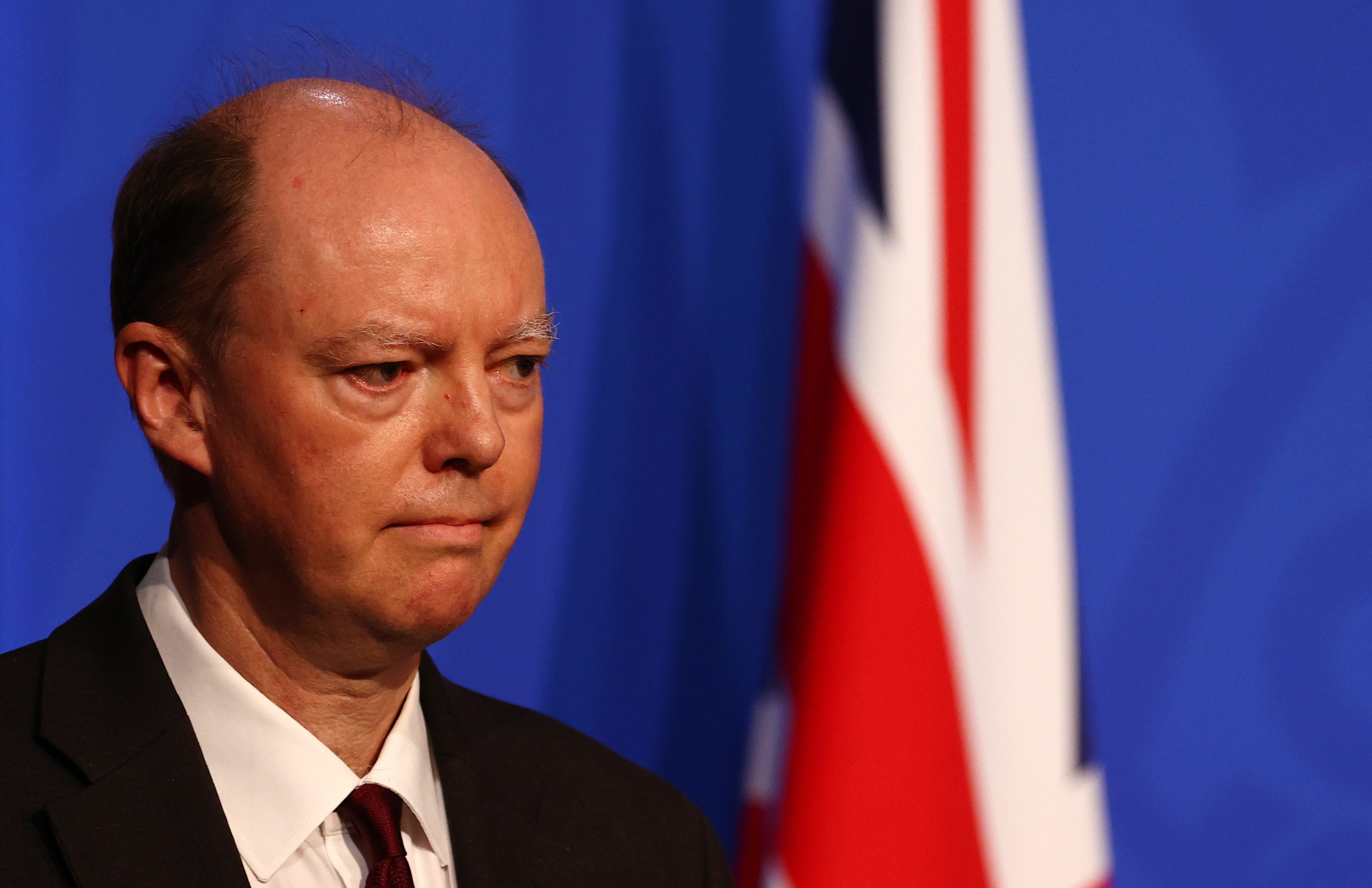 He appeared alongside Boris Johnson at a press conference this evening, where the pair urged everyone to come forward and get boosted now to have the best chance of fighting the new mutant variant, which is spreading like wildfire.

"So it's not an area we want to go down if there's any way of avoiding doing so.

"But there is a lot of things we need to be doing for the clinical vulnerable and they include for people who are immunosuppressed.

"Hopefully, most people who are in that situation know that they should get three doses of vaccine as their primary course.

"And then subsequently, they should get a booster on top of that.

"So they should have four doses in comparison to the rest of the population.

"And then we'll be wanting to look at in terms of antiviral drugs, and how we best can use them in this group of people who are particularly high risk."

At a very down-beat press conference this evening:

Brits no longer have to stay at home or limit their social life after that advice was lifted following the third national lockdown.

Around four million vulnerable Brits were ordered to avoid contact with others and be careful when going out.