Home » Lifestyle » NSW must do better than Dominic Perrottet as premier

NSW must do better than Dominic Perrottet as premier

Reading the mind of God is a tricky business. Interpreting it with certainty, then bringing that to a position of power, is even trickier.

Few Australians would think of their nation as anything but inclusive and socially progressive, tolerant on most matters and certainly no haven for religious or ideological fundamentalism. Ask anyone if religion and politics are too closely entwined in 21st-century Australia and they may well shake their head. 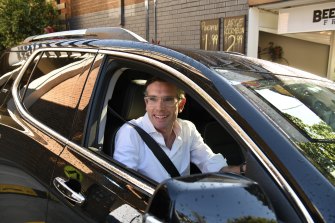 Yet, within a day, it is possible that NSW, self-described as the most progressive state in the federation, may have, in Dominic Perrottet, a premier not only living under a cloud for mismanagement of the state’s workers’ compensation scheme, iCare, but who is also a highly conservative Catholic with views that represent the most extreme end of a rigidly male-dominated institutional church.

At the same time, we have in our federal Parliament a Prime Minister who genuinely believes his own election was a literal miracle. He lives alongside the oldest surviving culture in the world, the First Nations, that can trace their living history back 60,000 or more years. Sacred sites, geology, art, stories, anthropology, and earth sciences all attest to this. Yet Morrison and his fellow Pentecostal Christians believe the world was created a mere 6000 years ago. What’s more, the world as we know it will soon come to an end, with a Rapture seeing the “Elect” ascending to their eternal reward while the rest of us, including Christians of other denominations, will suffer for their ignorance, also eternally. That certainly puts climate concerns back in their corner.

Should any of this matter? Or that while such views are held by only 1 per cent of the wider population, we now have in Morrison’s cabinet perhaps 15 per cent of members who ascribe to the same decidedly non-mainstream Pentecostal beliefs?

Freedom of thought and belief are Australian values. If religious beliefs are held privately, then individuals are entitled to their views. Yet at the more fundamental end of all religions, including Christianity, a dogmatism takes hold that blurs those vital margins between private and public. And that will always be significant when those individuals have the power to exercise choices that directly affect our collective wellbeing. 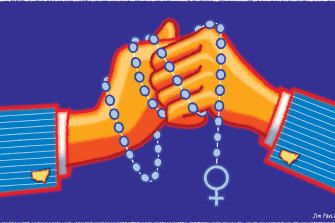 Fundamentalisms vary greatly. What they have in common, though, is a narrowness of conviction that cannot be challenged by logic, evidence or appeals to reason. In private life, this causes sometimes irredeemable rifts between friends or family members. In public life, it drives attitudes and often policies that may be severely at odds with the central demands of democracy. These are, surely, that a range of views must be considered on all matters. And that the common or collective good transcends vested viewpoints or interests.

Fundamentalist thinking is also highly divisive. The world consists of “us” – and the rest of you. High levels of conformity are demanded; to doubt, self-question, is unwelcome or forbidden.

Neither Morrison nor Perrottet would accept a badge of fundamentalism. Nor would their supporters. Its connotations are ugly. So, too, are its effects. There are real differences also between the two men’s beliefs. As a Pentecostal Christian, Morrison supports a prosperity gospel that assures him accumulating wealth in this life is a sign of divine favour. Neglecting the poor, or those seeking refuge, homes, food security or recognition as full and deserving human beings, can be justified in this logic as a measure of their lack of favour. Individual salvation is everything.

The kind of Catholicism with which Perrottet is associated is different. There’s no adherence to a prosperity gospel. Care for the suffering would be active. However, in its righteousness and self-righteousness around central questions of identity, sexuality, gender politics, minority rights and an unwavering conviction that this is the “one, true faith”, it is also far from mainstream 21st-century Christianity. And far from the progressive, vibrant Catholicism that flourishes in many parishes and among numerous laypeople active in social and environmental justice. That tension within the church and within wider society matters greatly.

Rights to full social inclusion for marginalised groups remain vulnerable. Women’s rights to choose what happens to and within their bodies, respect for the diverse LGBTQI+ communities, limitations on evangelical proselytising within schools and social services, welcoming of core interfaith as well as multi-faith or no-faith perspectives, gender equality and safety in all its dimensions: all of this is threatened by an authoritarian perspective that believes a highly conservative, white, male-dominated hierarchy is “divinely ordained” within the church. And outside it.

Morrison’s secrecy, avoidance of accountability, and extreme harshness to the vulnerable, should be matters of private conscience. They are not.

In Perrottet’s case – and as I write he is not yet premier, despite John Howard’s crusading – an investigation, including by this masthead, found that iCare had underpaid injured workers by up to $80 million and that the scheme had accrued up to $4 billion in debt under his administration as NSW Treasurer. On the vital questions of COVID-19 management, he was vocal against a lockdown which many thought anyway too late.

Too young? Too narrow in life experience and perspective? Yes, to those. But most crucially, if this growing representation of highly conservative Christians in positions of great power is to be contained in Australia, NSW needs to do better. Far better.

The Reverend Dr Stephanie Dowrick is a social commentator, author and interfaith minister.