Olivia Wilde Slams Mom-Shamers Who Claim She 'Abandoned' Her Kids

Not here for it. Olivia Wilde candidly addressed having haters think she “abandoned” her kids following her split from Jason Sudeikis.

“I share custody of my kids with my ex. People assume I have abandoned my kids, like my kids are just somewhere in a hot car without me,” the Don’t Worry Darling director, 38, told Elle in her November cover story, which was published on Thursday, October 13, referring to her son, Otis, 8, and daughter Daisy, 6. “The suggestion is that I have abandoned my role as a mother.”

Wilde noted she is not “photographed” with her children publicly on purpose, adding, “Do you know the lengths that I go to protect my kids from being seen by you?”

The actress previously slammed the double standards about her parenting. “The last two years, my family has gone through this kind of restructuring and a revolution that should be a totally personal experience,” she shared with Variety in August. “And it’s not. The most painful element of it has been women shaming me for making a decision that was for my own health and happiness.”

Wilde continued: “When people see me not with my kids, it’s always ‘How dare she.’ I’ve never seen anyone say that about a guy. And if he is with his kid, he’s a f–king hero.”

The House alum first became a parent when she and then-fiancé Sudeikis, 45, welcomed their son in April 2014. Daisy joined the family in October 2016. 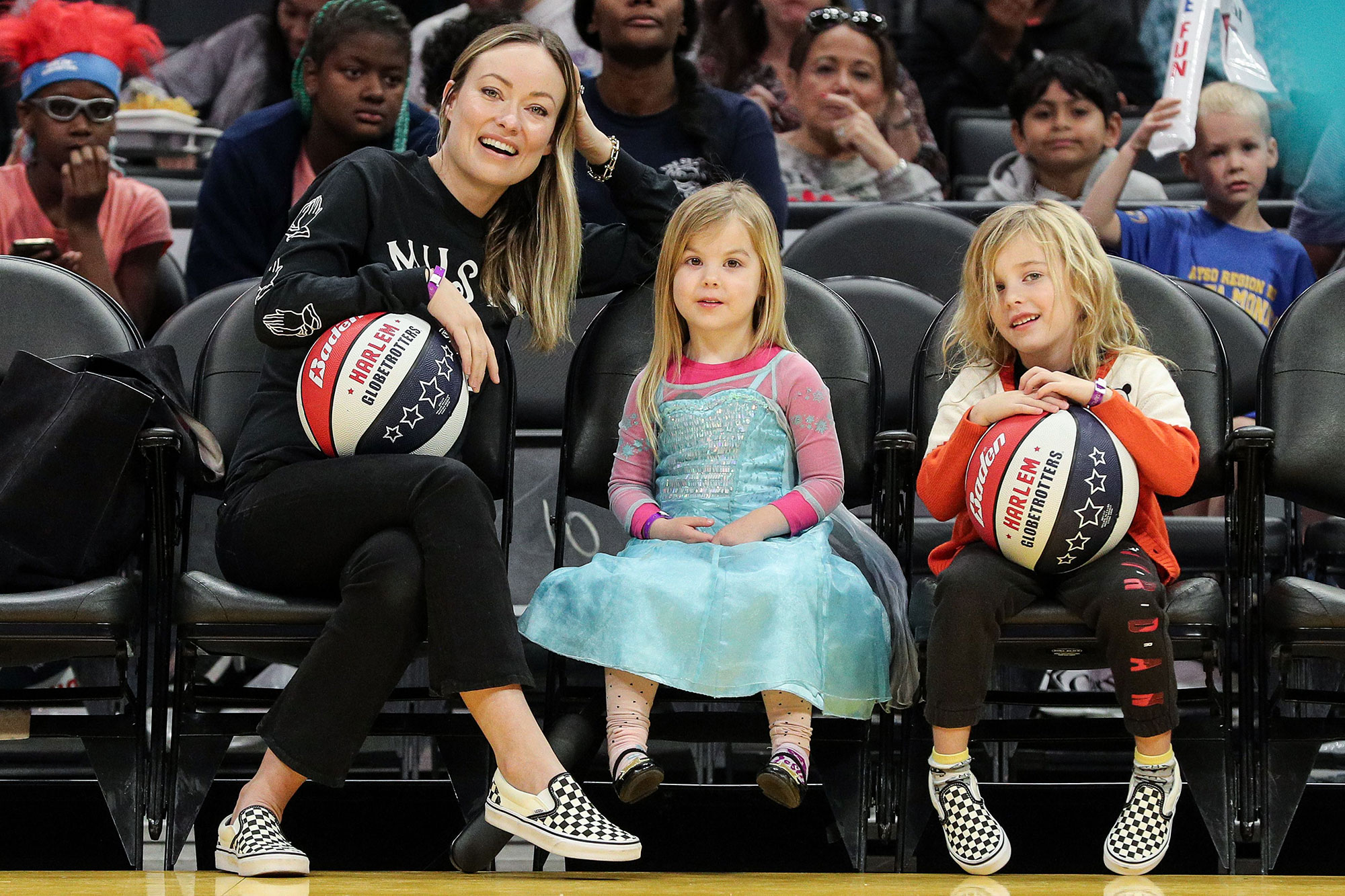 Us Weekly confirmed in November 2020 that the pair pulled the plug on their seven-year engagement. Following their split, Wilde and Sudeikis continued to coparent as she moved on with her Don’t Worry Darling costar Harry Styles.

The former couple made headlines in April when Wilde was publicly served custody papers during a presentation at CinemaCon. The New York native later called out the way she received the legal paperwork.

“The only peo­ple who suffered were my kids, because they’ll have to see that, and they shouldn’t ever have to know that happened,” she explained during her interview with Variety. “For me, it was appalling, but the victims were an 8­ and 5 year-­old, and that’s really sad. I chose to become an actress. I willingly walked into the spotlight. But it’s not something my children have asked for. And when my kids are dragged into it, it’s deeply painful.”

The Ted Lasso star, for his part, clarified in a legal response that he never intended to serve his ex publicly. “Olivia’s talk was an important event for Olivia, both professionally and personally, and I am very, very sorry that the incident marred her special moment,” he wrote in court paperwork obtained by Us, noting that he didn’t want the documents to be delivered at their kids’ school or at Styles’ home in case their children “might be present.”

Late last month, Wilde admitted that restructuring her family amid the breakup was “hard but doable” for the exes. “If you can surround them with so much love, then it’s OK. But it’s tricky because we’re not doing it in private,” she said on The Kelly Clarkson Show. “It’s allowed for some really deep conversations with my kids about emotions and about happiness and about what family means and love.”