Wipeout! After Phoenix Suns player Jae Crowder dove to catch the ball during his most recent NBA game, he nearly crashed into JoJo Siwa, who was sitting courtside with a friend.

JoJo Siwa Through the Years: From ‘Dance Moms’ and Beyond

“Now, I just got trampled by a player,” the “Kid in a Candy Star” performer, 18, joked in a Tuesday, December 21, Instagram Story video before resharing footage of the “scary” moment. “I just saw my life flash before my eyes. If I wouldn’t have ducked, oh, I would have been out [and] down for the count!”

Siwa continued: “I think I would have had a broken neck because I would have gone [backward]. It really spiced up the day.” 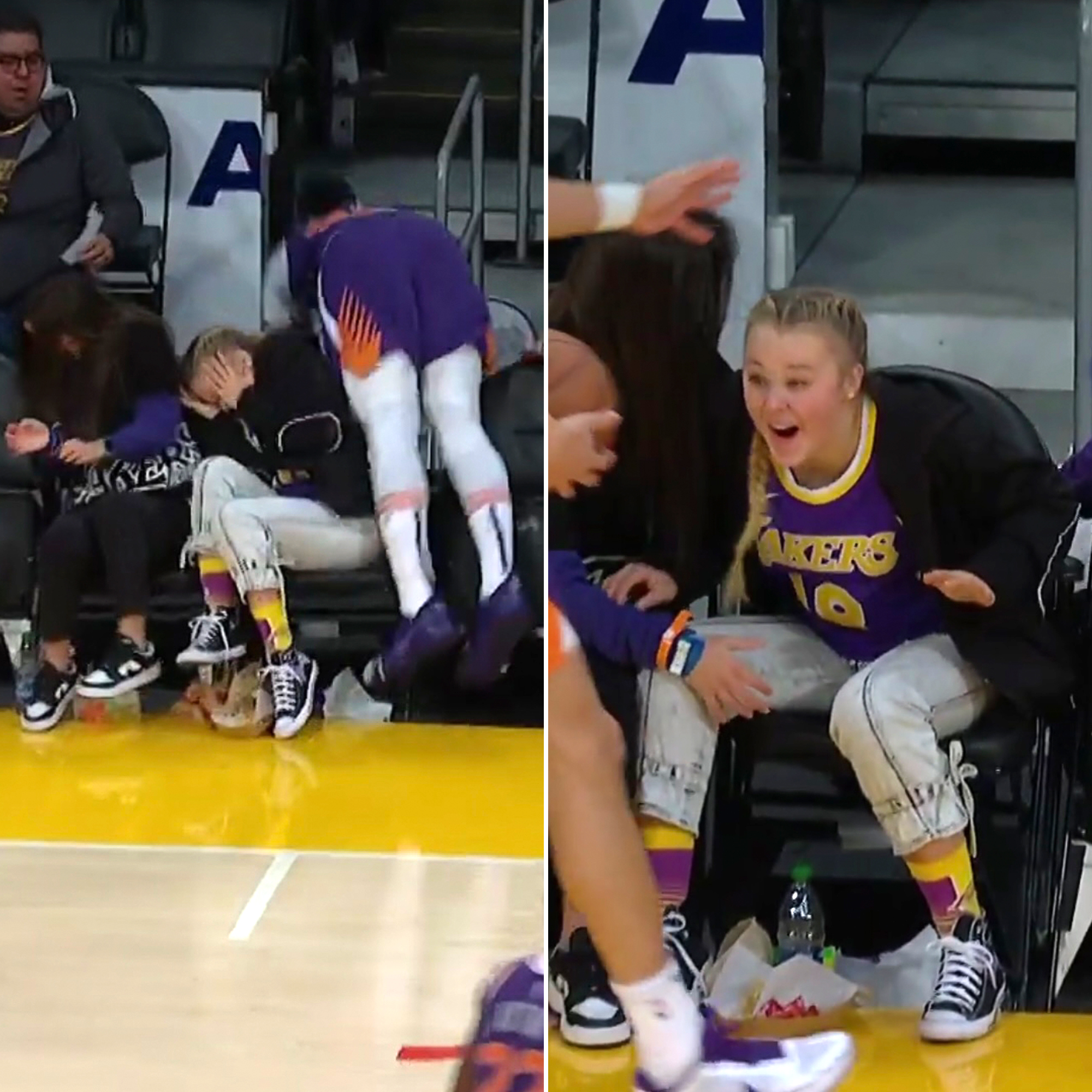 As the Dancing With the Stars season 30 runner-up watched the Los Angeles Lakers play the Arizona team on Tuesday, the pro forward, 31, lunged to save a ball that had headed into the stands. Luckily, the Dance Moms alum leaned forward shortly before he landed. Crowder then fell over the backs of the empty courtside seats next to Siwa, landing on the floor. (The Bossmann founder, for his part, has yet to address the incident.)

The Suns’ official Twitter account later poked fun at the moment, writing, “How’s it going down there, @itsjojosiwa?” The former Nickelodeon star replied, “Quite well.”

Ahead of the now-viral fall, the former competitive dancer and her friend Katie Mills were excited to watch the sporting event — even donning Lakers jerseys and matching face masks per COVID-19 guidelines.

“Excited? Where we going,” the Nebraska native asked her courtside companion in an Instagram Story clip on Tuesday, showcasing her own enthusiasm. “Thirty minutes early [and] I feel like we’re literally the first people here for sure. Nailed it. I’m so pumped! I’m louder than when these players came out.”

Siwa further documented the pair’s NBA adventures, showing off the snacks they ordered during the game. 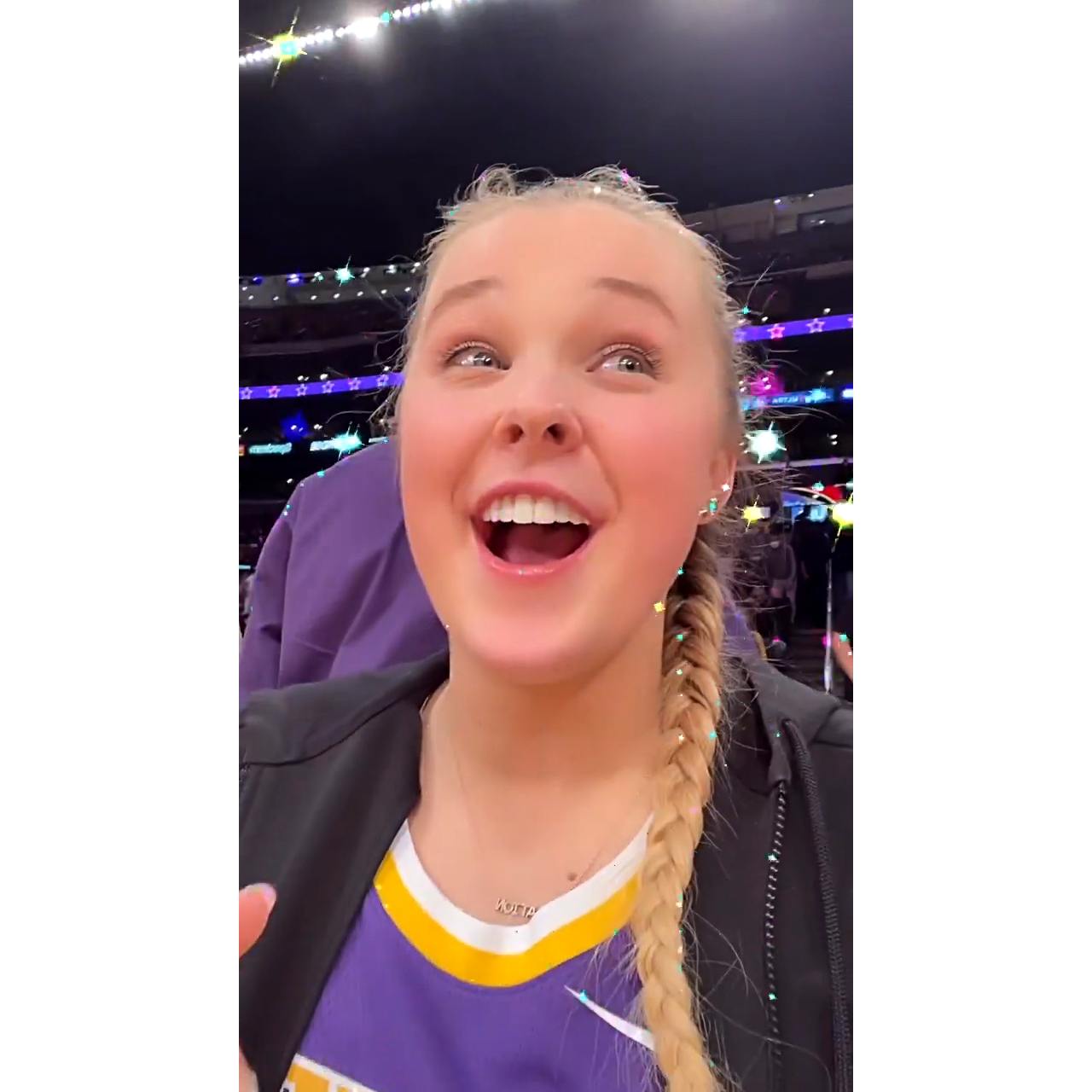 “Realized today how badly I always wanted to sit courtside and eat a hot dog, I don’t know why,” she explained in her social media upload.

Everything JoJo Siwa Has Said About Her Coming Out Journey

The Siwas Dance Pop Revolution star and the Utah native have recently been the subject of dating speculation due to the social media exchanges they shared before attending Tuesday’s game together. Us Weekly confirmed in October that Siwa had split from girlfriend Kylie Prew after less than one year of dating.

“I’ve said this once before, I do want to have a cuddle buddy because I miss cuddling a lot,” the reality star told Us about her dating status earlier this month. “I’m not opposed to the idea of [dating]. Obviously, I am a believer in that, like, life is life and I might meet somebody tonight that I fall in love with. And the next time that I fall in love, you know, I’m down to date, but until then, I avoid dating for fun. I would only date if I was really serious.”