Organ transplants and donations dipped but carried on during pandemic

Organs were put on specially chartered flights or were handed from one specialist team to another at hard borders as governments worked in tandem to allow transplant teams to continue operating last year.

All of this was part of a mammoth effort to ensure critically ill patients were still able to receive precious donor organs during the pandemic. 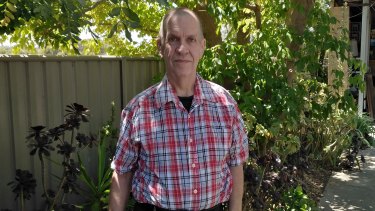 Liver transplant recipient Richard Betteridge at his home in Bendigo.

After the shutdown of kidney transplant services from mid-March to mid-May, the number of people who received organ transplants was 12 per cent lower in 2020 than the previous year, while the number of donors dropped by 16 per cent, the latest national organ donation and transplant data shows.

”People in this sector are incredibly committed, they’re the reason the results are as good as they are and not lower,” she said.

Richard Betteridge was one of the 1270 people who received donor organs in 2020. The Christmas before his liver transplant, he was feeling “the worst I’ve ever been in my life”.

During the height of Victoria’s second wave in July, he got the call to rush to Austin Hospital in Melbourne from Bendigo to finally get a new liver.

“There was no traffic at all – all the way down – we flew into the emergency car park,” he said. “

Julie, my wife, had to drop me there, she wasn’t allowed in … I walked in and didn’t see her for three days.′

Visits of only an hour a day were tough while he was recovering from surgery, but Mr Betteridge said his wife’s working from home arrangement was an “absolute blessing” as he continued to recover at home.

Now feeling better than he has in more than 10 years, he said receiving a donor organ was “one of the most wonderful things in the world”.

As well as the organ donor, Mr Betteridge thought the team of specialists who treated him were fantastic.

The federal Minister responsible for the Organ and Tissue Authority, Mark Coulton, said those transplant and donor teams had to do “extraordinary work” during the pandemic.

Each year, about 1300 people die in situations through which their organs could benefit others. Mr Coulton said that was why it was important for people to talk to their families about their desire to donate their organs, and then register on the Donate Life website.

“By talking to your family, when a discussion is had – mostly at the untimely passing of someone – if they have a clear indication as to the intentions of their loved one, that really isn’t a decision they have to make at that time because you’ve already made it for them,” he said.