A new underwear brand for men is on a mission to create an entirely new genre of clothing – the way Spanx did for women’s shapewear.

Called JustWears, it offers a signature pouch design that separates a man’s package from his balls, or his sausage from his veg.

Dubbed a ‘palace for the phallus’, the ventilated fabric on the underside of these pants offers more space and airflow right where it’s needed too. 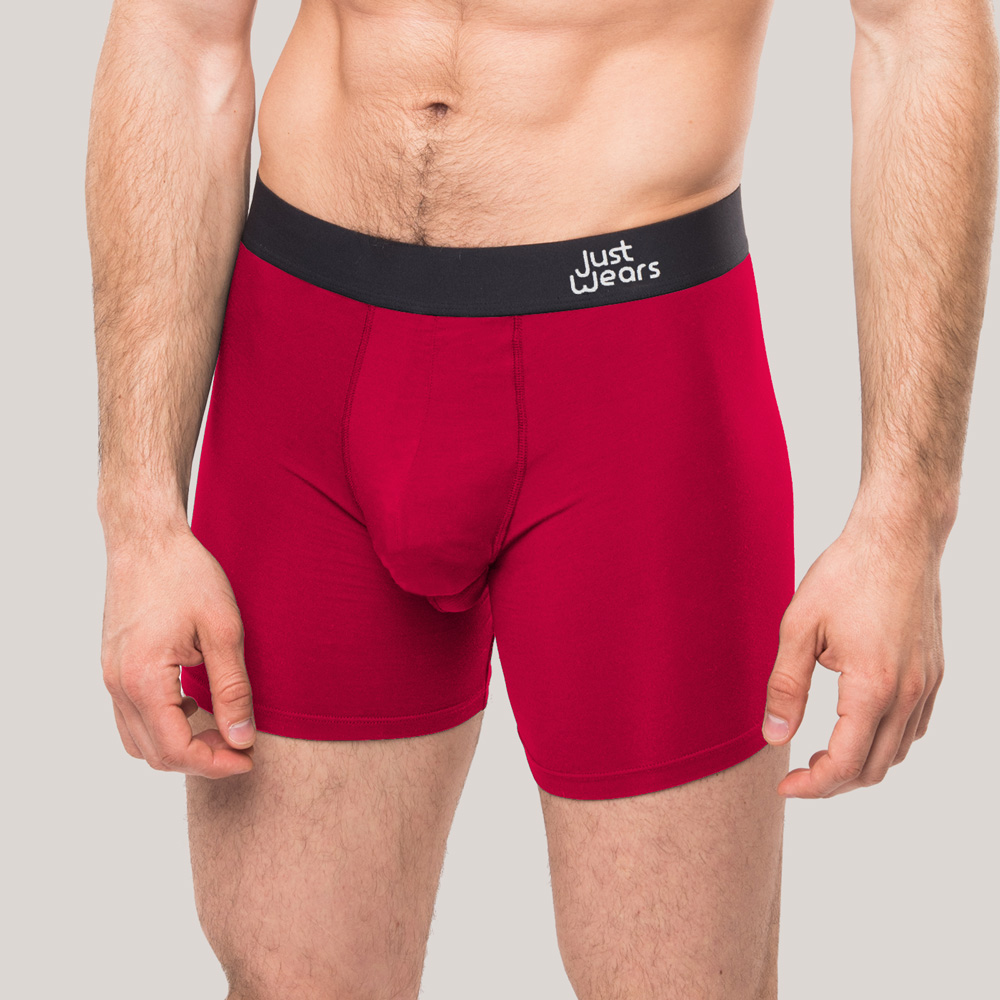 Launched on Kickstarter, they became the most backed apparel project ever. Since then, the brand has sold 65,000 pairs to 25,000 customers in 73 countries and have been memorably featured on BBC’s Dragon’s Den (where they won two offers) and shows like ITV’s This Morning.

In just under two years, they have grown to over £1,000,000 in revenue – with the founders making the claim they are ‘the only underwear his balls deserve’.

It all started when, while working in finance, Alexander Walsh realised that he couldn’t find a pair of underwear that fit properly. Unable to find a solution that already existed in the market, he decided to do something about it.

Walsh says: ‘For a long time there’s been very little innovation in this industry – and we believe most brands are out of touch with the modern consumer. A lot of brands try to oversell sex appeal in their ads, with people like Beckham or Bieber looking ripped, but they’ve lost focus on creating something that solves real, functional problems.

‘We spoke to hundreds of men to find out what they wanted – which was basically premium fabrics and with a truly ergonomic design – and so we created something that met the challenge.’

But banishing sweaty balls is only the start of it – they feel good on, too.

The pants use fibres made from sustainable Austrian Beech Trees, which the company say feels five times softer than cotton and is antibacterial too.

The fibres are 40% cellulose and produced in a non-toxic and renewable process – the remaining wood leftover from manufacturing the pants is recycled to supply energy back to the factory.

The winning fabric was chosen only after founders Walsh and Yang Liu travelled around the globe, testing thousands of fabrics and prototypes.

Basically, these pants are made from wood, for your wood.

In addition to giving the crown jewels some room to breathe, they actually improve sperm count by keeping the testicles cool, which is something relevant for couples who are working on trying to conceive more than a food baby during the pandemic.

Which is certainly not pants.