A memorable occasion! The Paris KFC Kim Kardashian and Kanye West unexpectedly visited on Wednesday, February 19, has made sure the duo’s jaunt to the eatery will never be forgotten.

The fast food brand promptly installed a plaque on the self-ordering station the couple used at its Strasbourg St-Denis location as a way to honor their drop in. The plaque, which is in French, says, “Kim Kardashian and Kanye West ordered at this kiosk 19.2.20.” 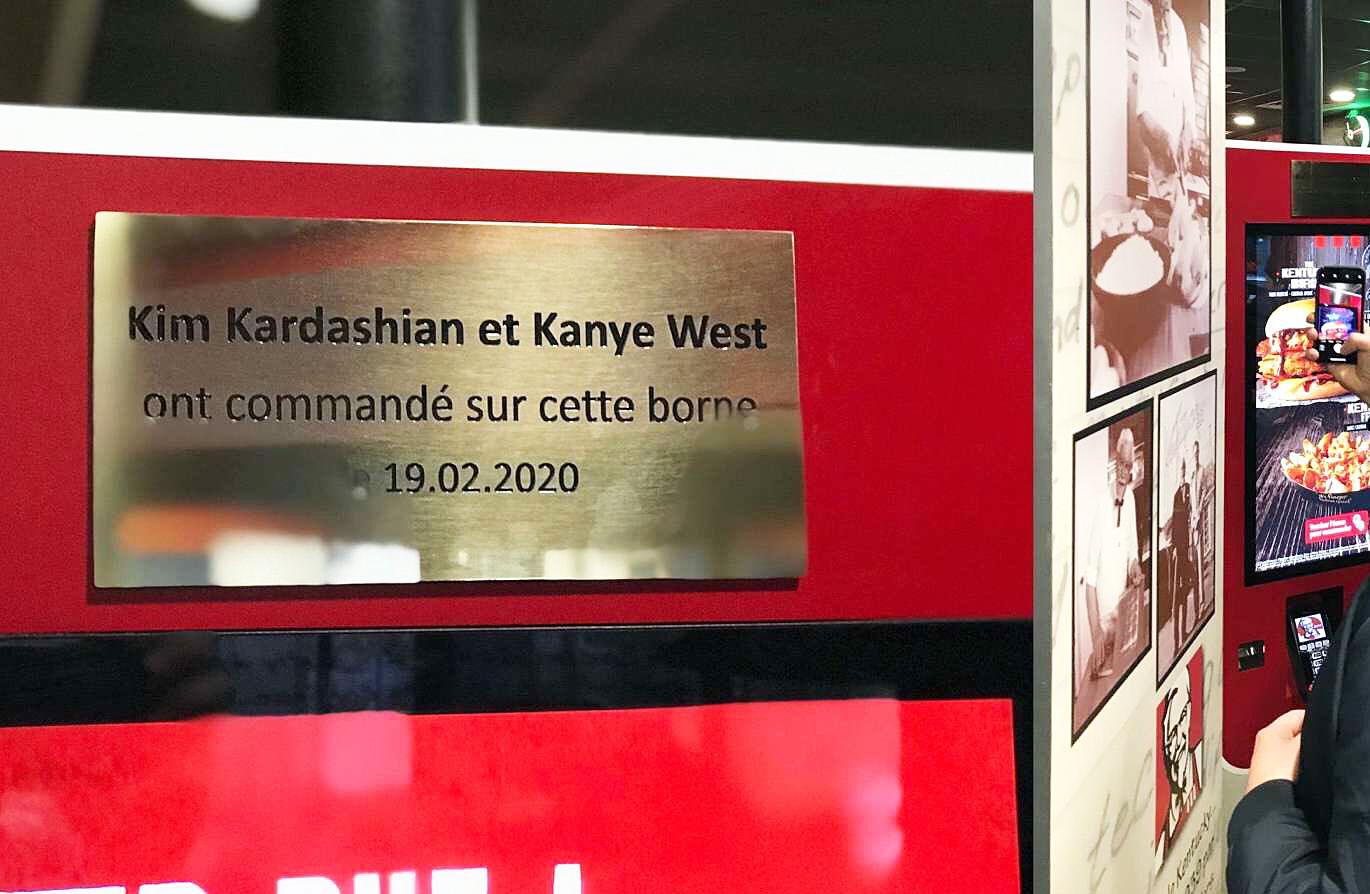 The commemorative token was a joint effort between KFC France and agency Sid Lee Paris, and it was installed less than 48 hours after the famous twosome’s visit.

At the time of their KFC trip, Kardashian, 39, took to her Instagram to share a clip of her and her husband, 42, attempting to order some food using that kiosk. In the clip, the Grammy winner guides his wife through the chicken options before leading her over to a nearby counter to pick up their order.

But the fast food giant didn’t stop with just a plaque. KFC France also created a custom fried chicken bucket made especially for Kardashian and West. The red and white custom carton is adorned with the lyric “Me and my girl split the buffet at KFC,” which is straight from West’s track, “Touch the sky.”

The KKW Beauty founder caught a glimpse of the personalized bucket on Twitter and gave it her stamp of approval by tweeting it and including three chicken leg emojis and three fire emojis.

“We took the opportunity to thank them for their visit by creating a bucket in their honor and by fixing a commemorative plaque on the kiosk as quickly as we could,” co-creative director at Sid Lee Paris, Clément Mornet-Landa, told Adweek. 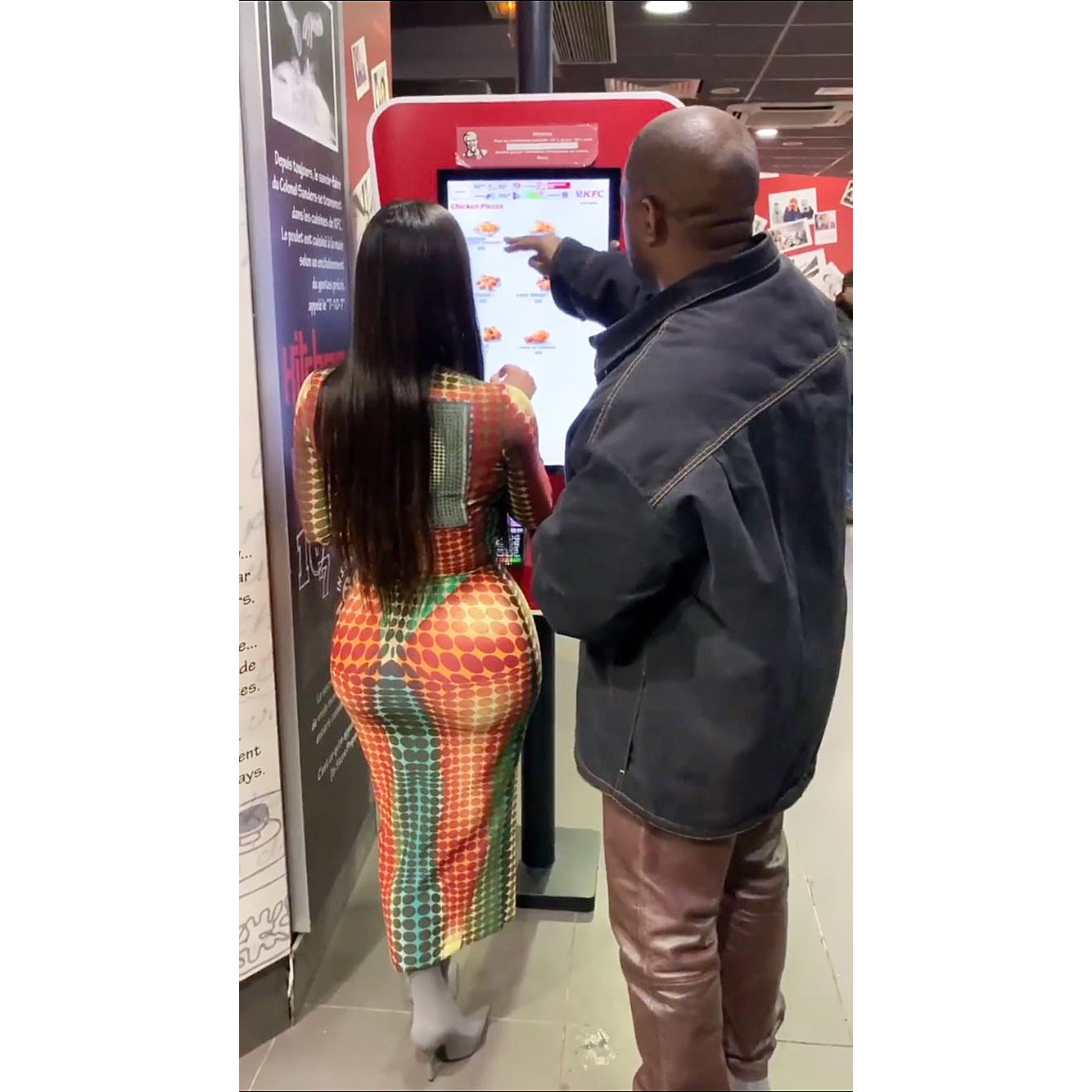 The firm also made it known that the Keeping Up With the Kardashians star, who has proven herself to be an incredibly savvy businesswoman, had nothing to do with the plaque or the bucket. “We do want to make it clear that no deal has been made with Kim Kardashian,” co-creative director at Sid Lee Paris, Céline Mornet-Landa, explained to the publication. ”They came by choice to KFC in Strasbourg St-Denis, to our great surprise and delight, and to the surprise of the employees.”

Believe it or not, this is hardly the first time KFC France has shown its appreciation for West. The brand paid homage to the “I Love It” rapper in 2019 when it included his tune, “Touch the Sky,” in the Bucket Bangers Spotify playlist. The lineup of 46 songs, which was also created with Sid Lee Paris, included 46 hip-hop songs that mention the fast food favorite.