Many of us are guilty of overlooking labels on items we use daily, but these hilarious images show we could be missing out on jokes deliberately placed by the manufacturers.

People from around the world have taken to social media to share hilarious labels they’ve spotted in unexpected places, with Diply rounding up a selection of the best examples in a gallery.

Among the snaps is a hand dryer in a public restroom labelled as not a urinal, while another photo shows a warning sign that’s almost impossible to read.

Elsewhere, is a photo of a bottle of pills that have a warning against being used despite having instructions on the amount to take and when. 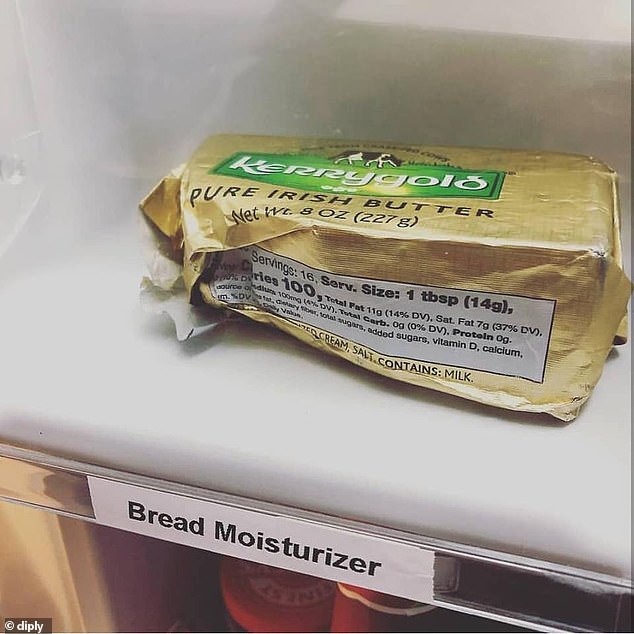 Nobody likes a dry crust! A woman from the US who received a label maker as a wedding gift put it to good use around the house 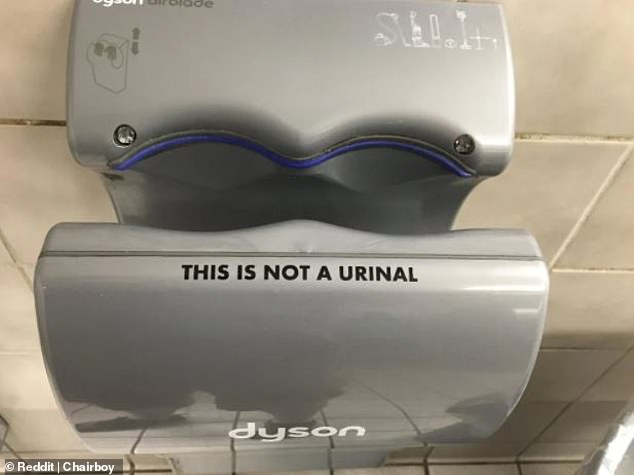 Do not unzip! One man was in a public restroom when he spotted a Dyson hand dryer with an amusing label stating that it is not a urinal 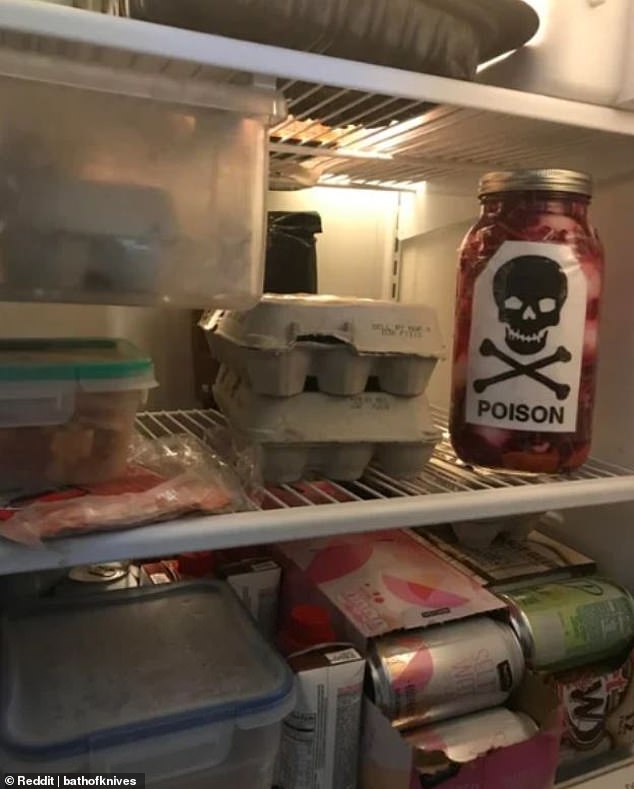 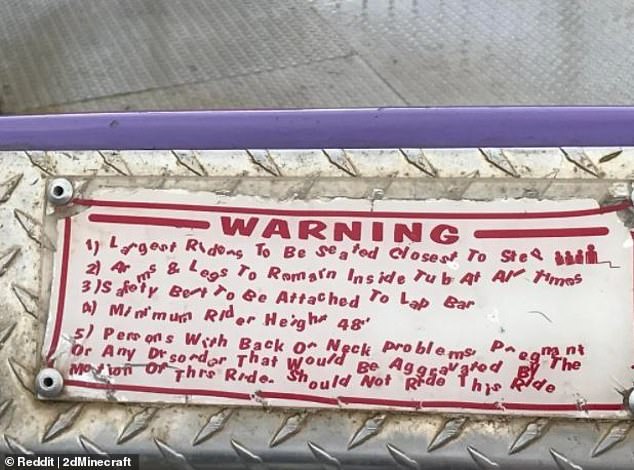 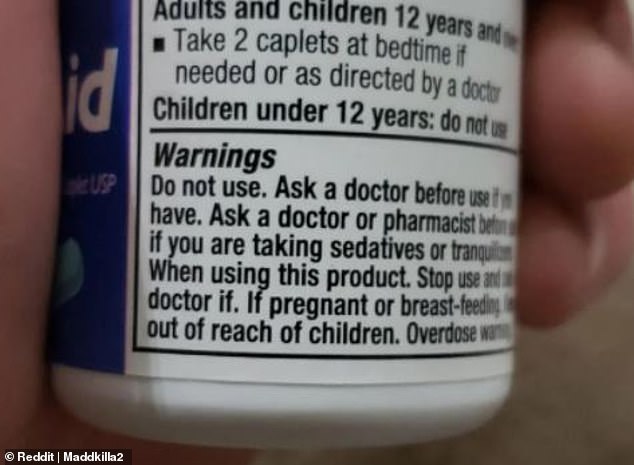 Don’t take as prescribed! An individual hoping to have a peaceful night’s sleep was left torn about taking sedatives after spotting a warning label advising against use 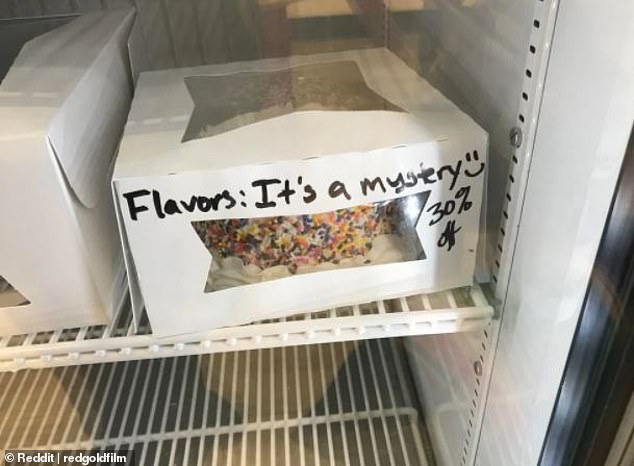 Surprise! A shopper in the US bought a cake from Ben & Jerry’s that was labelled ‘mystery’ and discounted after the employees forgot to label the flavour 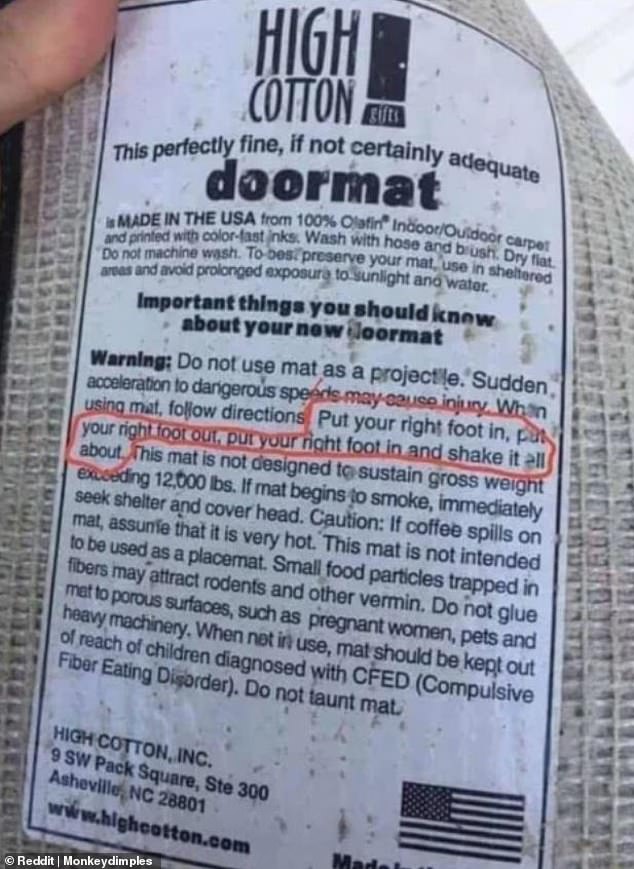 A homeowner in the U.S was left in hysterics after spotting the lyrics to the hokey cokey labelled on their doormat 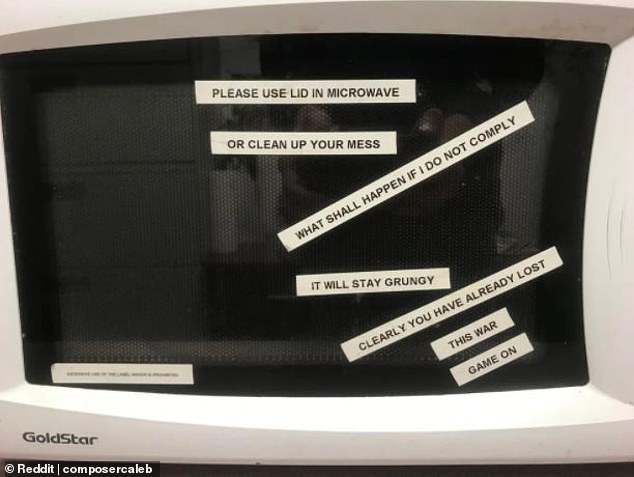 Stating the obvious! A warning on a paper shedder included an illustration of a person among the list of items not to try shredding 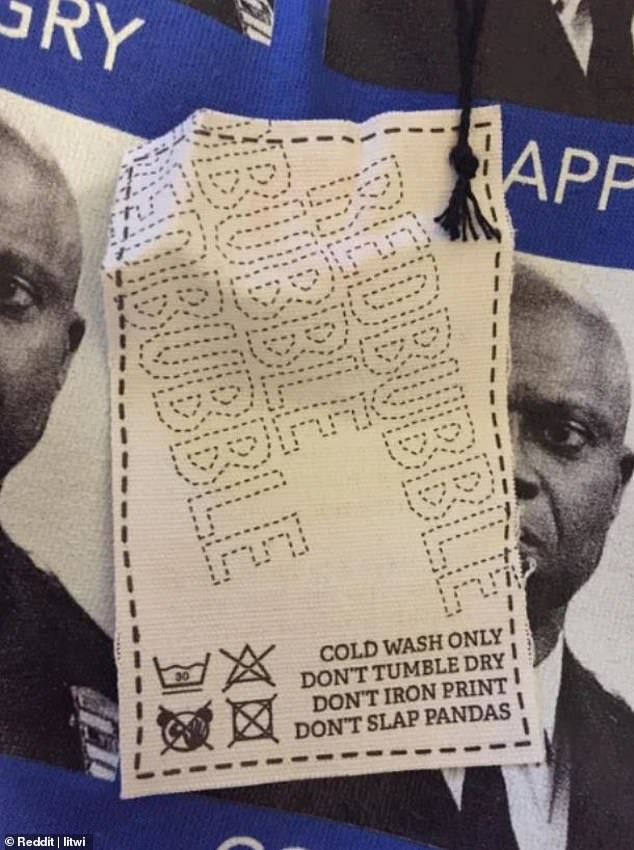 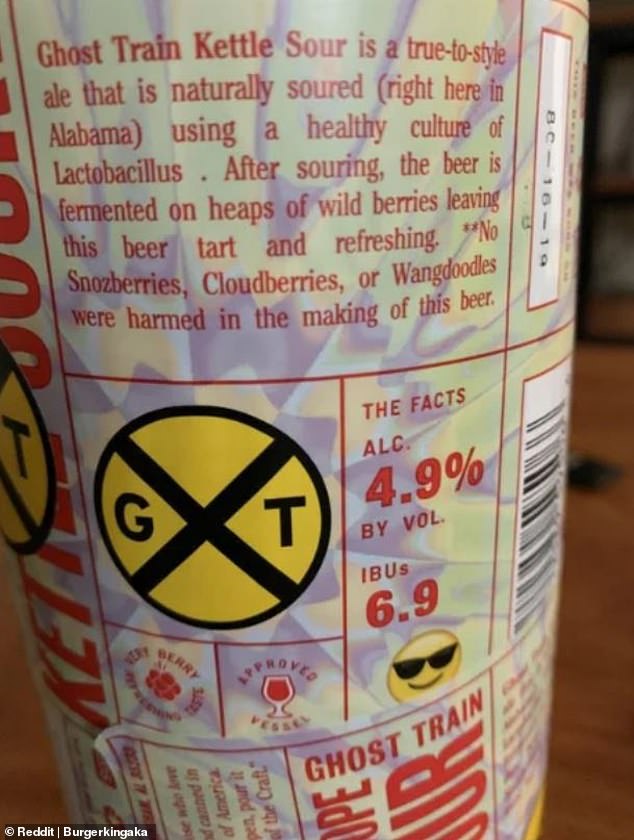