Pete Davidson grooms himself for hot date in Manscaped ad

Kim Kardashian can expect a perfectly groomed Pete Davidson now that he’s the face (“among other parts”) of razor brand Manscaped.

The “Saturday Night Live” alum appears in an hilarious ad for the company during which he jokes men will now be able to show off “how hairless we can be.”

“Presentation matters,” he says, deadpan. “Don’t make me get specific, because I will.”

Davidson, 28, also demands men “shave your d–k” and can be seen grooming himself ahead of a “hot date,” likely with the Skims founder.

Although the pair had not been seen out and about in a little while, Kardashian made it clear Monday that they are still going strong by sharing intimate pictures snapped during a pool day.

Eagle-eyed fans quickly noticed that there was more to the images than just PDA — Davidson incidentally revealed that he got yet another tattoo in honor of his relationship with Kardashian, 41, with the most recent being an homage to their first kiss.

The design features the names “Jasmine” and “Aladdin” with an infinity sign in the middle, seemingly referencing the “SNL” skit the pair starred in together when Kardashian hosted the comedy show in October 2021 — and their apparent eternal love. 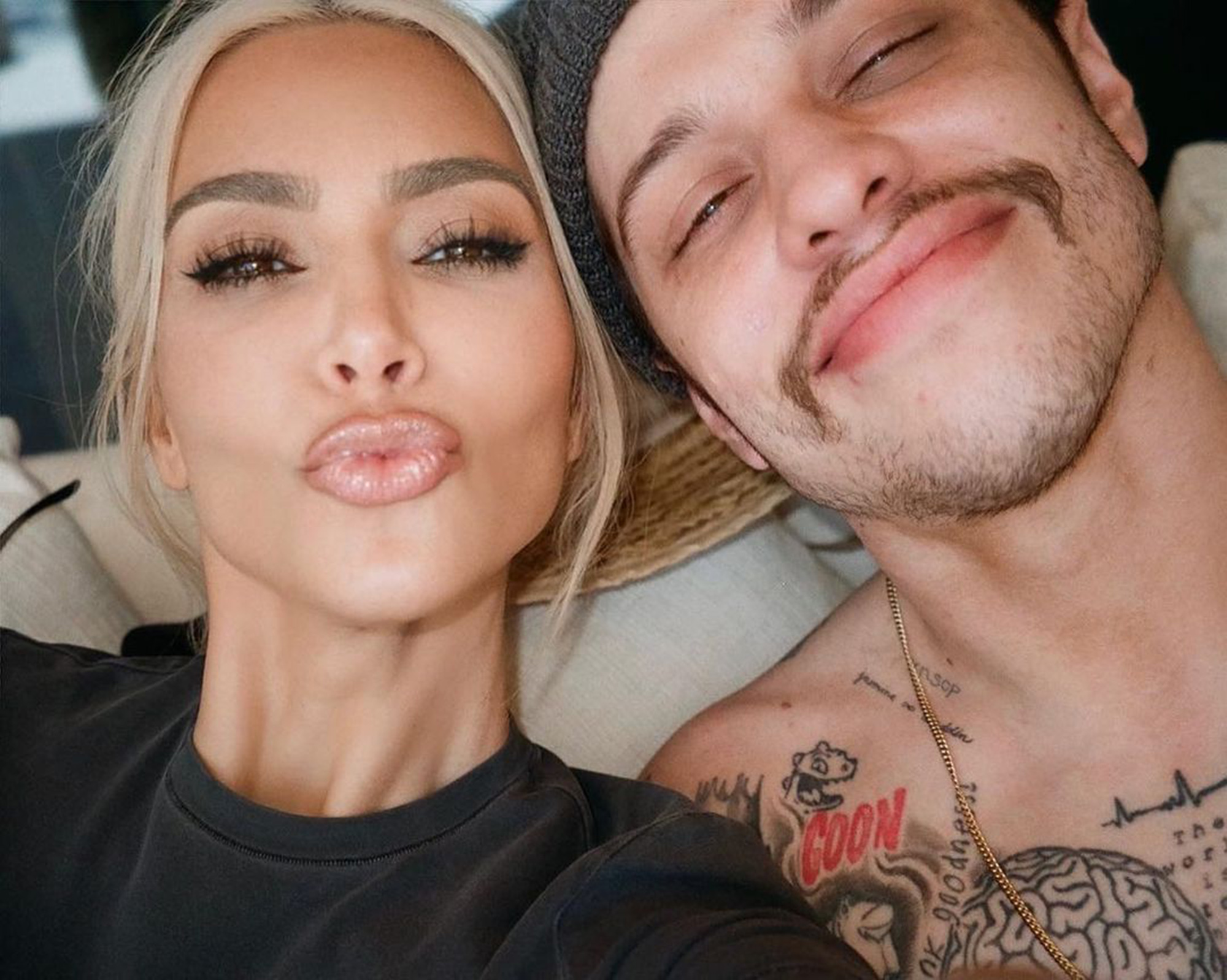 The Disney ink is just one of “a few” that Davidson has dedicated to the Skkn creator. He also has “KNSCP” — Kardashian’s first initial alongside those of her four children, North, Saint, Chicago and Psalm — as well as a “my girl is a lawyer” tattoo honoring her studies to become an attorney.

Davidson even has Kardashian’s name branded on his chest, so it appears he’s given up on the whole tattoo removal process he was undergoing at one point.