A POUNDLAND shopper nabbed the freebie haul of a century after stationary items at the retailer scanned as 0p at the till.

The shopper in the Extreme Couponing and Bargains UK group on Facebook got her hands on 127 back to school items for free, saving her £63.50. 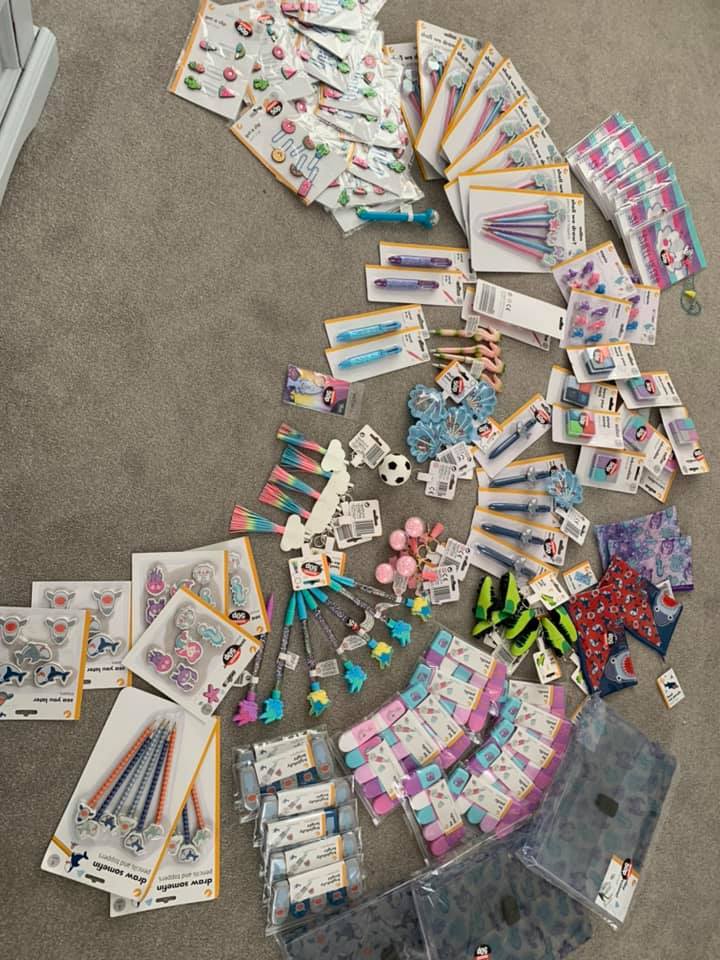 The freebies, which were reduced from 50p, included pens, notebooks and keyrings – perfect as kids are set to go back to school in September.

The shopper told The Sun she snapped up the freebies in Poundland's shop in Kettering.

She wrote on Facebook: "Poundland advertising stationary at 50p each, get to the till and it’s all scanning for FREE!!"

The post has proved popular among social media users, with one user saying: "God I wish, never that lucky".

And another added: "I’d go back round again."

How to find top bargain deals

POUNDLAND'S freebies have already been snapped up by shoppers – we explain how to find bargains in the future.

While a third said: "I bought two of those items earlier and mine were free. I thought the cashier must have made a mistake."

A spokesperson for Poundland told The Sun the items were marked down to make room for its new stationary ranges that are now in store.

They were initially reduced to 50p and then to 0p to clear stock, but sadly it's all sold out now.

Instead, it's rolled out its new stationary ranges with prices starting from £1 per item.

If you're on the hunt for similar freebies, a shopper said Hobbycraft also reduces items to 0p "all the time".

While B&M shoppers can use the barcode scanner on the retailer's app to check the real price of products rather than the shelf.

If you're looking to stock up on stationary for the kids, ClearanceShed.co.uk is selling a 69p stationary set with pencils, a ruler, eraser and sharpener featuring Disney's Cars 3, excluding a £2.99 delivery fee.

Alternatively, you can nab a five-piece stationary set featuring unicorns for 89p on Kidspartycraftforless.com, excluding a £3.49 delivery fee.

Both online retailers offer free delivery if your order costs more than £30.

Are you on the hunt for bargain deals? Check out our top tips above.

A mum has shared her top tips for bagging freebies after winning £1,000 worth of free stuff.

A Costa Coffee fan recently also revealed how he snapped up £100 worth of food and drinks thanks to a refer a friend loophole.