Gotcha! Prankster reveal the VERY cunning tricks they’ve played on unsuspecting people – from filling a doughnut with mayo to turning the bathroom into a giant balloon pit

Pranks are fun and allow you to be a little mischievous without any consequences. As long as you don’t get too carried away, of course.

But some people are definitely in danger of a telling off after taking their antics to the next level, as proven by these snaps from around the world, collated by whythese.

One mischievous sort took revenge on a motorist by covering their entire car with sticky notes, including the windows and windscreen.

And a McDonald’s fan who was looking forward to tucking into 20 Chicken McNuggets was no doubt disappointed to open the box to find chopped vegetables inside.

Here Femail reveals some of the most innovative pranks that you can laugh at, while being glad you weren’t on the receiving end. 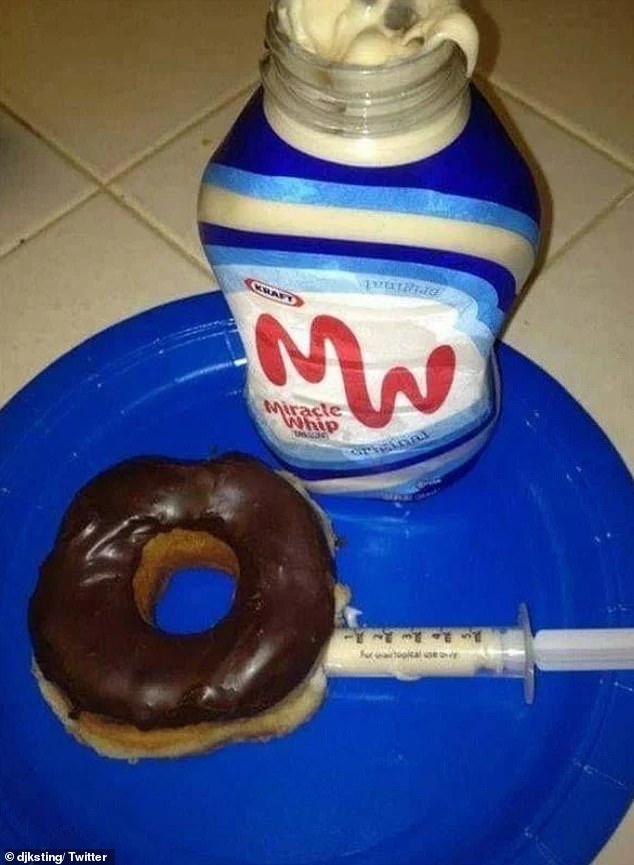 No-nut! It’s just so diabolical, so heinous, so sickeningly twisted that we bet even the prank gods are appalled. We’re truly sorry for the poor person from the US who had to bite into that disgusting dish 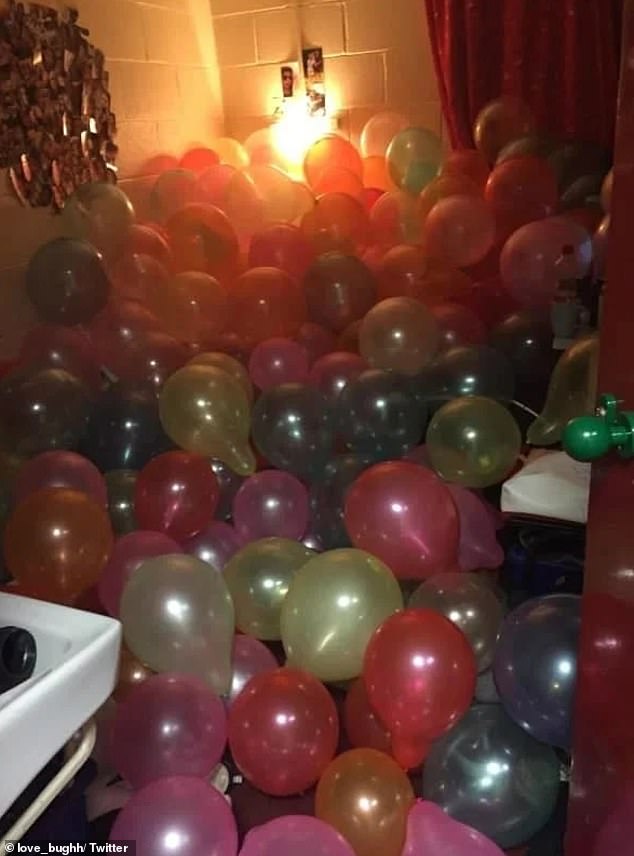 This one wouldn’t be a bad idea for someone’s birthday. But waking up to a bathroom full of balloons when you need to use it would be enough to make enough burst. 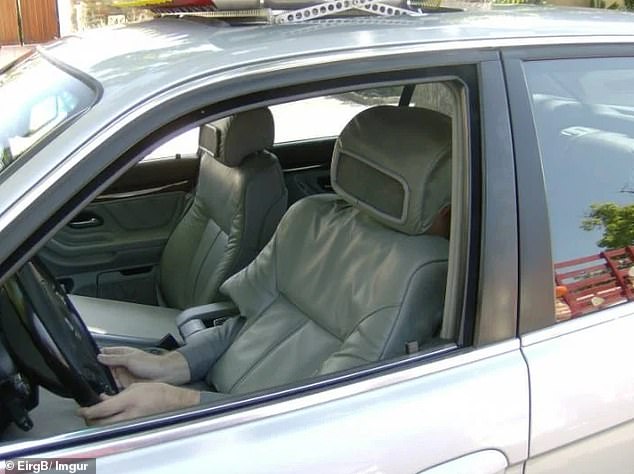 The phantom driver: This trick, played by a prankster from the US, would be simply terrifying, especially for Drive-Thru employees. It’s so well crafted that even we were momentarily confused by the hands coming from the seats 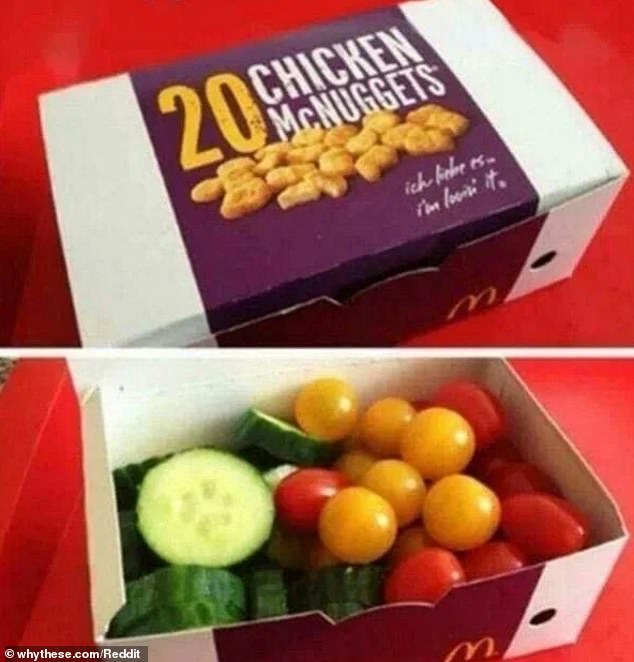 Not lovin’ it! There is nothing worse than expecting a box full of McDonald’s nuggets only to find it’s been filled with vegetables 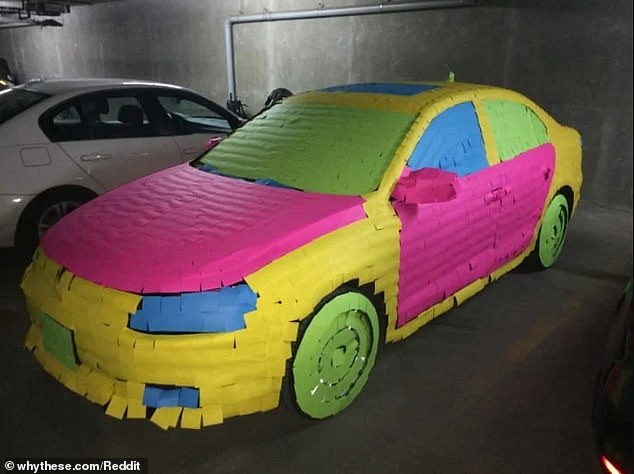 This car looks like a piñata! If you have a lot of time on your hands, and millions of Post-it notes, why not give a friend’s car a colorful upgrade? Your friendship may be a little sticky afterwards, but it might be worth it just to see their reaction. 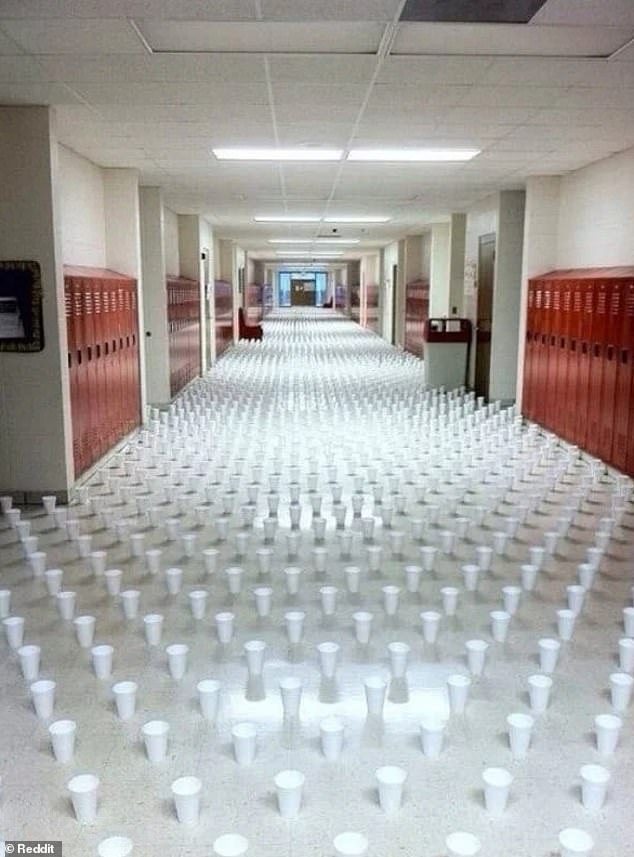 Cupping hell! Some college students in the US created the perfect prank by painstakingly filling the hallway with paper cups 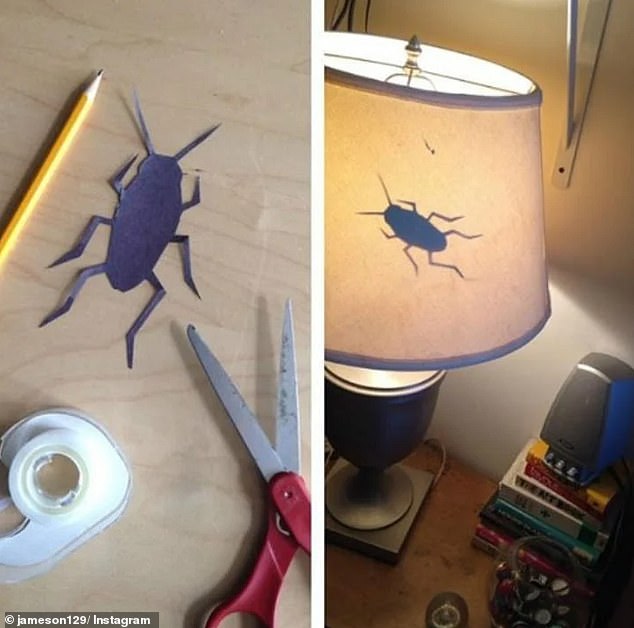 Don’t let the bed bugs bite….If you know someone with entomophobia(a fear of insects) this simple prank will have them screaming when they switch on their bedside lamp. All you need is scissors,tape, black card and a black heart 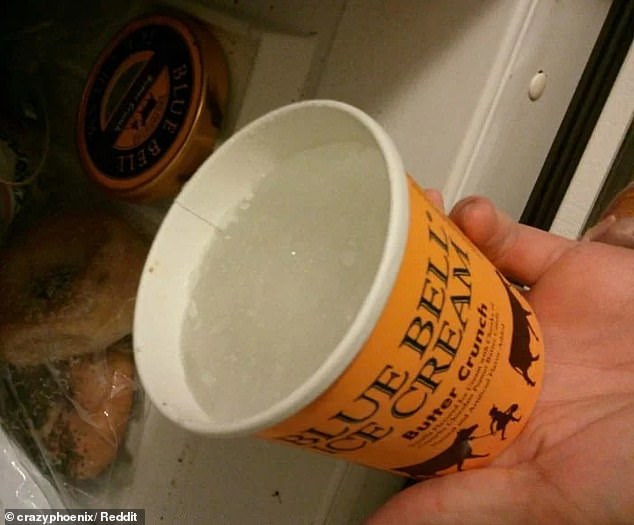 Imagine finding your butter crunch guilty pleasure is just a block of ice? From the anticipation to realization, this prank, in the US, has several layers of ingenuity that will most definitely cause a tantrum of sorts 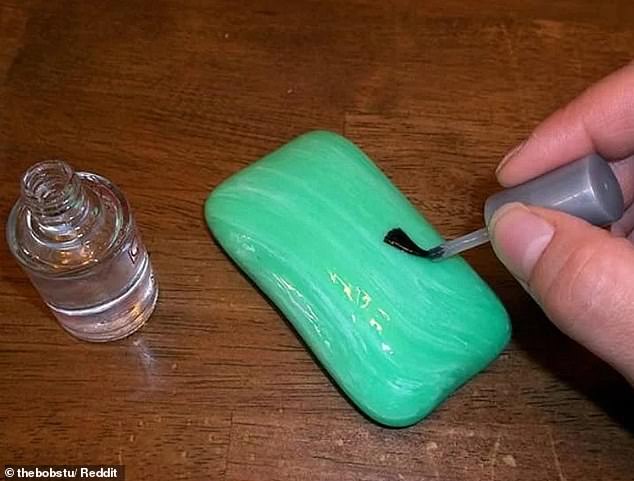 So-ap disappointing. Add clear nail polish to a soap bar to create a sealant and watch the poor victim become more confused as to why their soap isn’t working. A sud-sessful crime! 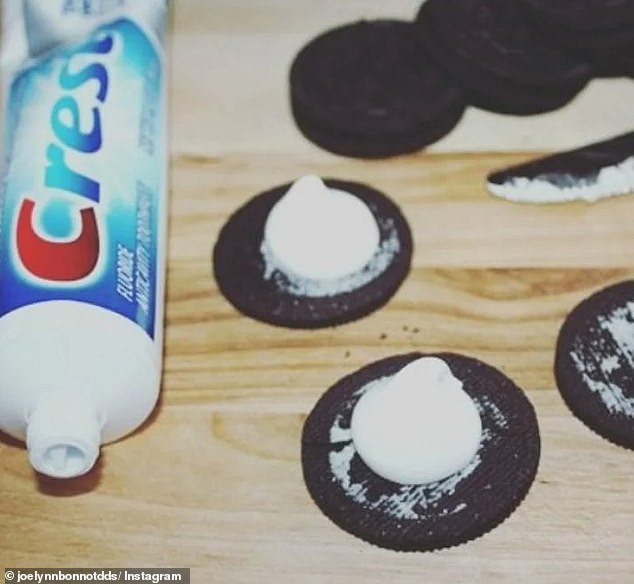 Tooth good to be true. Serve up some Oreos and say they are a ‘new mint flavor’ by adding toothpaste as the creamy center. How many would you let someone eat before you told them the truth? 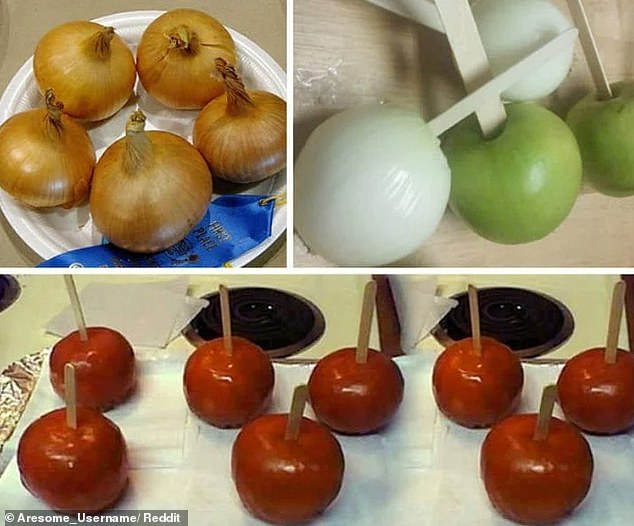 Few pranks could be quite so satisfying as dressing up a few onions as toffee apples, mixing them up with real caramel apples, and serving them to your friends with a giant grin on your face. This is a glorious one. Imagine the pure disgust as the unsuspecting victims take a bite. If you are feeling extra devilish on Halloween why not serve them up to your kids? 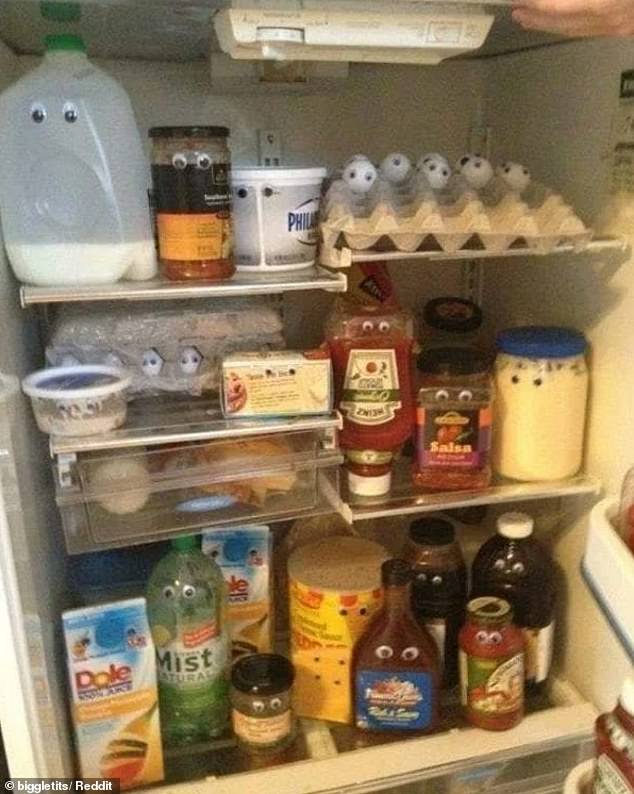 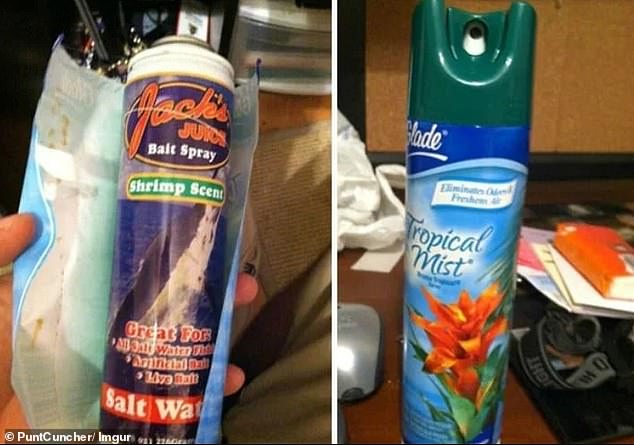 King Prawn of pranks! The unsuspecting homeowner in the US was no doubt fuming when they sprayed air freshener and their home ended up smelling like a fish counter