JANET STREET-PORTER: The social pressures of the modern world have left far too many young people like Noa suicidally depressed but standing by while they starve themselves to death can NEVER be the answer

Taking your own life is a cry for help born out of desperation, an act that signals depression and loneliness have taken over your mind to the extent you can see no alternatives.

To give up the gift of life before you’ve reached maturity is particularly hard to comprehend. Love Island contestant Mike Thalassitis was good looking and had a loving family.

Yet he found returning to every day life hard to cope with after he appeared in the show in 2017. No longer the focus of attention, a fading attraction on social media, he began to wonder who were his real friends and wonder what he should do with his life. 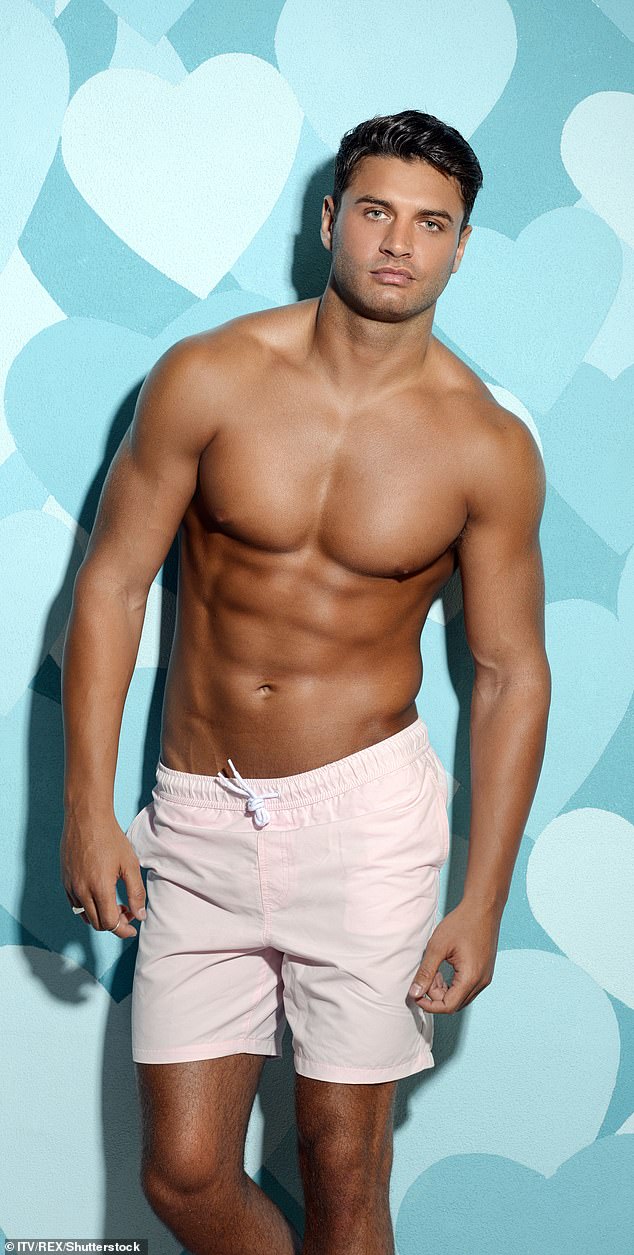 To give up the gift of life before you’ve reached maturity is particularly hard to comprehend. Love Island contestant Mike Thalassitis was good looking and had a loving family

Basically, Mike felt a failure but he kept his dark thoughts to himself. Last March he wrote messages for his family and went to a park near his home to die. The notebook of farewells was beside his body when he was found by a jogger early next morning.

Mike was just 26 years old but his death followed an all-too familiar pattern. Suicide is the biggest cause of death among 20- 34 year olds in the UK and men are three times more likely than women to end their lives.

Depression and mental health issues are affecting more young people than ever, in every civilised country. The pressure of social media, constant testing at school, a relentless emphasis on appearance and instant messaging which leads to bullying and online abuse have all taken a hefty toll on the mental health of the next generation.

In the UK, there has been a huge increase in the number of students taking their own lives. Experts reckon that 8 out of 10 suffer from feelings of anxiety and one in three have experienced problems that need professional help.

This week, a new study in the Lancet medical journal Psychiatry states that one in five teenage girls are at risk, with the number who self-harm tripling in the last two decades. The Lancet researchers believe that half of all the teenage girls who self harm because of feelings of low self-esteem, anxiety and depression do not receive any professional help. Every night, these girls are struggling in their bedrooms while parents and friends can be completely unaware of the extent of their illness.

The death by self-starvation last week of 17 year old Noa Pothoven in the Netherlands received widespread attention – not just because of her age, but because the teenager had previously asked an end of life clinic to allow her to die in 2018 and they had turned her down. 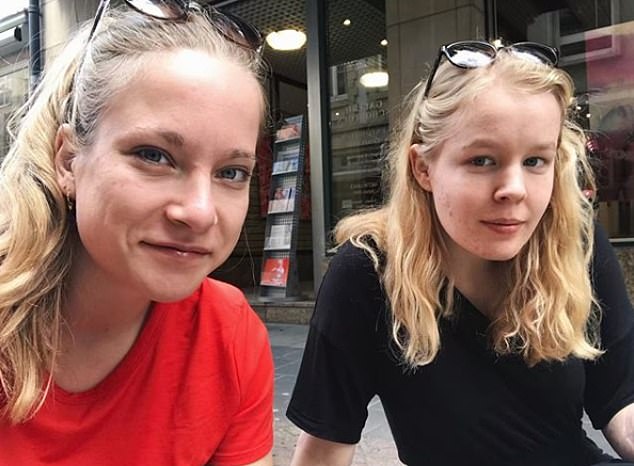 The death by self-starvation last week of 17 year old Noa Pothoven (right)  in the Netherlands received widespread attention – not just because of her age, but because the teenager had previously asked an end of life clinic to allow her to die in 2018 and they had turned her down (left, her best friend Joyce Scholten)

Noa was a highly intelligent but troubled girl who found every day unbearable. She claimed she had been sexually abused as a child and raped by two men when she was 11. She didn’t tell her parents or the police out of shame and subsequently her mental health rapidly declined.

She suffered from depression, was diagnosed with post-traumatic stress and was permitted not to attend school because of her condition. She struggled to get help and was anorexic. In 2018 she was placed in an artificial coma and force-fed, because doctors were concerned her vital organs would shut down.

Noa told the story of her unrelenting mental anguish in her best-selling autobiography entitled Winning or Leaving. She campaigned for better mental health care for young people in her situation, consumed by over-whelming suicidal urges. She was willing to try radical therapies in a search for relief from depression and had tried (and failed) to get electric shock treatment.

Desperate to end her life, Noa decided to stop eating and drinking a few weeks ago. She told friends (on Instagram) of her decision to end her life, saying ‘I survive. I breathe, but no longer live…don’t spam me with pleas…this is my decision, it is final.’

Noa died in a hospital bed set up in her living room, surrounded by her family and close friends. Her parents found an envelope in her room full of farewell notes for her family and friends. In her last weeks she had drawn up a bucket list and managed to carry out 14 out of 15 of her dreams.

The list is desperately mundane, it reveals just how immature she really was. She had ridden a motor scooter, drank alcohol for the first time, smoked a cigarette and got a tattoo. Now this clever, lovely young girl is now more.

She’ll never learn to drive a car, cook a cake, see another country or go to a rock concert. What a terrible, terrible waste. Surely something could have been done to change her chosen path?

By failing to prevent her death (no matter how desperately she may have wanted it), were her parents guilty of complicity of the worse kind? Or was this an act of mercy on their part, of extraordinary generosity in granting their deeply troubled child her dearest wish?

The Netherlands likes to portray itself as a tolerant country, with a relaxed attitude to drugs, sex and euthanasia. Controversial laws passed in 2002 permit assisted dying – even for children as young as 12, providing there is strong medical evidence that psychiatric conditions have made their lives ‘unbearable’.

Active Euthenasia (where life is ended by injection) is highly controversial and only legal in Holland, Belgium and Canada. 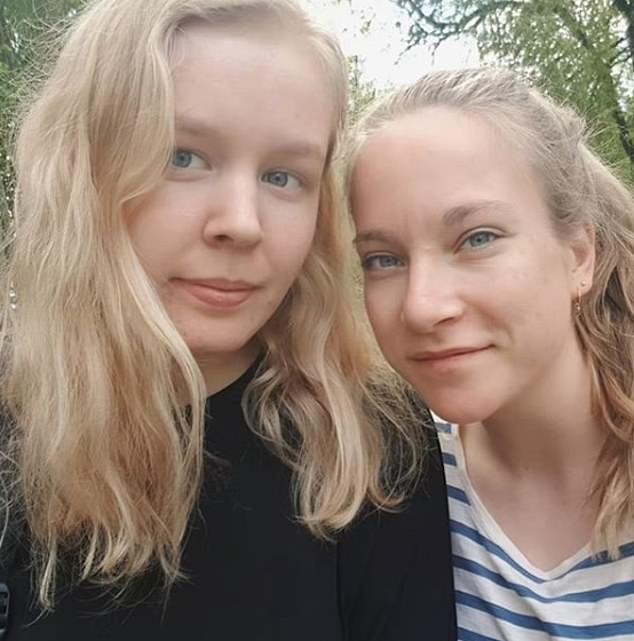 Noa (left) died in a hospital bed set up in her living room, surrounded by her family and close friends. Her parents found an envelope in her room full of farewell notes for her family and friends. In her last weeks she had drawn up a bucket list and managed to carry out 14 out of 15 of her dreams

In the UK, and many other countries, passive euthanasia is legal, in which treatment is withheld at the wishes of the patient, resulting in death. Noa’s parents were opposed to euthanasia, but in the end they stood by while their daughter ended her own life. That must be unbearable.

And what about the doctors and the health professionals who never managed to find a treatment that would ease her pain? Surely they feel a sense of failure. There is also a danger that Noa’s death will result in her becoming a poster girl for more young women contemplating suicide.

As for Mike Thalassitis and all the young men like him who can’t face another day, Montana Brown – who appeared on Love Island with Mike – spoke real sense when she said ‘I think everyone should be nicer, a little bit kinder. I’ve changed the way I live my life and I urge others to do the same’.

Every single suicide is one too many.