Prince CHARMS! Charles leaves Katherine Jenkins in fits of giggles as royal jokes with the opera singer after watching her perform at police memorial unveiling

Prince Charles shared a giggle with Katherine Jenkins after watching the opera singer perform at the unveiling of a police memorial earlier today.

The Prince of Wales, 71, uncovered a plaque for the monument at the National Memorial Arboretum in Staffordshire, which commemorates almost 5,000 police officers and staff who have died on duty – 1,500 from acts of violence – since half-brothers Henry and John Fielding established the Bow Street Runners in 1749.

After the event, Charles could be seen chatting with Katherine, 40, who sang during the service and appeared totally charmed by the royal.

The pair, who first met over a decade ago, could be seen sharing a laugh with one another, with the Welsh singer appearing particularly tickled by a joke Charles had told. 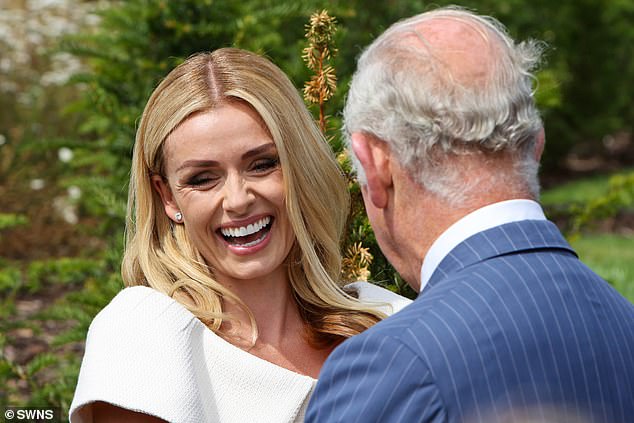 Prince Charles, 71, shared a giggle with Katherine Jenkins, 40, after watching the opera singer perform at the unveiling of a police memorial earlier today 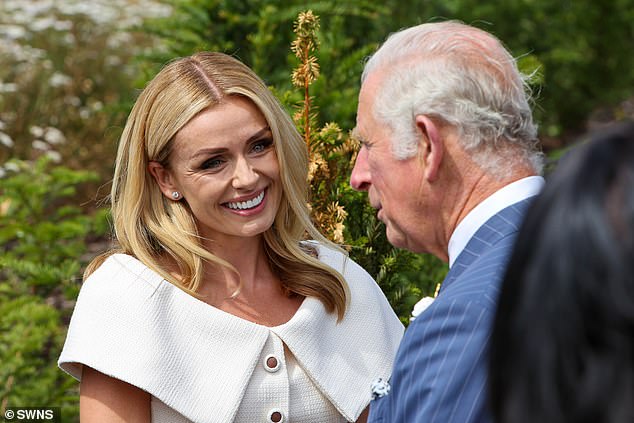 After the unveiling, Charles could be seen chatting with the Welsh singer, 40, who performed during the event and appeared totally charmed by the royal

It’s far from the first time the singer has met with the Prince of Wales, with the pair initially meeting in 2010.

Katherine was spotted roaring with laughter after Charles appeared to crack a joke during a line-up at a celebration concert the Millennium Stadium in Cardiff.

They met again in 2013 at the University College Hospital in London while Charles was touring the Macmillian Cancer Support unit, of which Katherine is an ambassador. 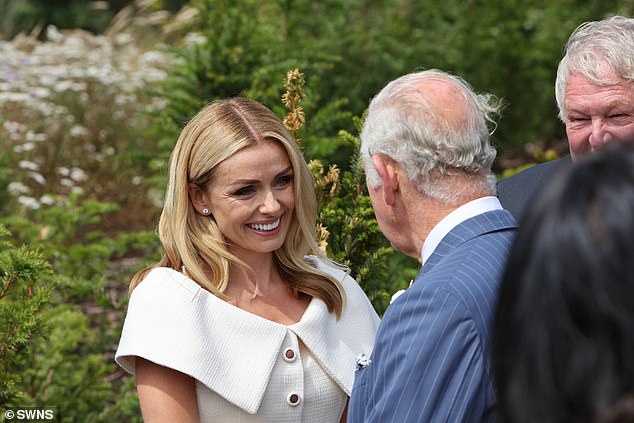 The pair, who first met over a decade ago, could be seen sharing a laugh with one another, with the Welsh singer appearing particularly tickled by a joke Charles had told 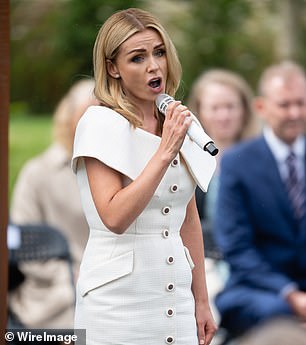 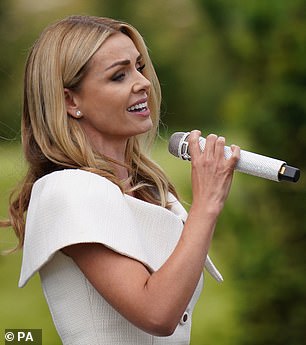 Katherine performed at the event earlier today, which saw Charles unveil a memorial for police officers who have died in service

The following year, the singer received an OBE from the royal at Buckingham Palace in 2014.

At the time, she said: ‘The Prince is always a lot of fun and I’ve met him several times, so we always have a nice chat.

‘He asked how long had I been doing this and I said 10 years releasing albums and five years working with the British Forces Foundation.

‘He also commented on my hat – he said he loved the colour.’ 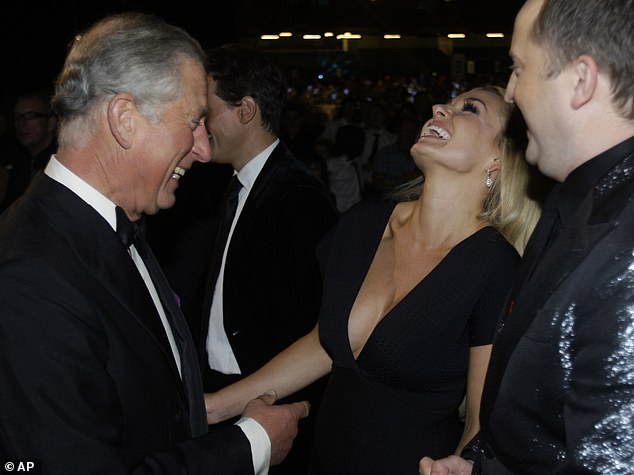 The Prince of Wales first met the opera singer in 2010 at the Ryder Cup celebration concert at the Millennium Stadium in Cardiff, where they were spotted roaring with laughter together (pictured) 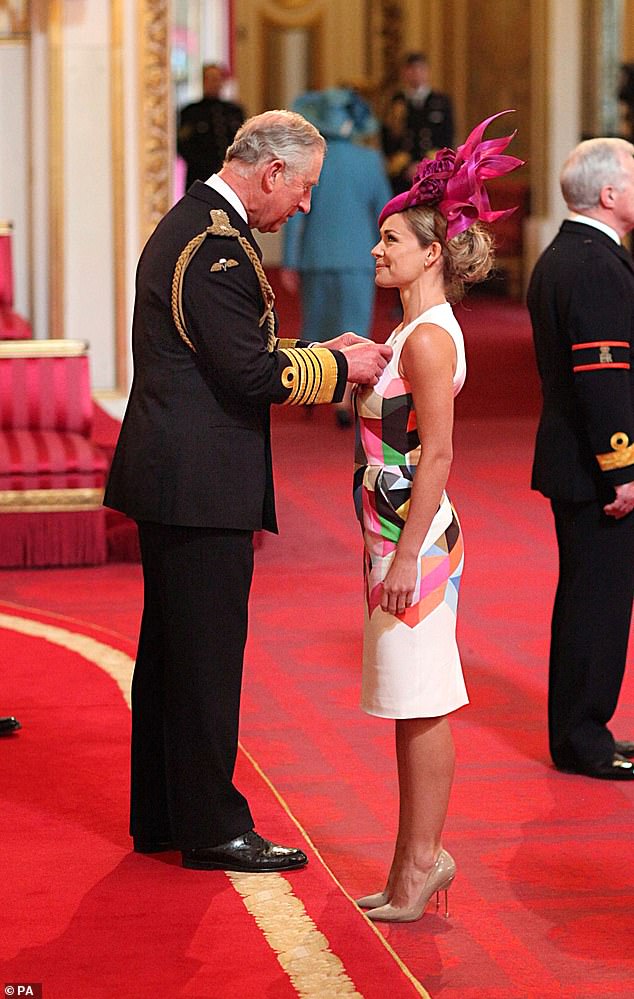 And in 2014, Katherine called Prince Charles ‘a lot of fun’ after he awarded her with an OBE at Buckingham Palace

And earlier this month, Katherine performed at a lavish 280-guest event to raise funds for a conservation charity founded by Camilla’s late brother Mark Shand.

Prince Charles and Camilla had a front-row seat to watch the opera singer at the event which took place at Lancaster House. 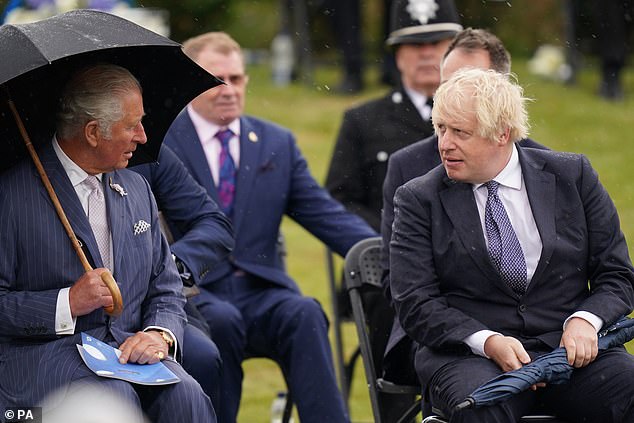 Families of police officers who have been killed on duty were among the invited guests at the open-air ceremony, as was Prime Minister Boris Johnson, Home Secretary Priti Patel, Metropolitan Police Commissioner Dame Cressida Dick, chief constables from forces across the country and representatives from policing charities.

It has been designed by Walter Jack and includes two low screens bearing the names of 2,000 police officers and staff and spaces for reflection.