Off to the races! Princess Anne dons a vibrant brocade coat and cobalt blue fascinator as she attends Ladies Day at Newmarket

Princess Anne appeared to be in good spirits today as she attended Ladies Day at Newmarket racecourse.

The Princess Royal donned a vibrant red floral coat dress paired with a navy blue fascinator and matching gloves as she stepped out for the 2021 Moet and Chandon July Festival.

The 70-year-old donned a pair of orange tinted sunglasses, wearing her hair in a typical polished fashion, and was seen smiling and laughing as she enjoyed the racing event.

Anne attended the event this afternoon following her turn awarding the latest honours at an investiture ceremony at St James’s Palace earlier today, where she crossed the sword over today’s set of award winners.

The outing comes weeks after Anne’s son Peter was seen enjoying Ladies Day at Royal Ascot with sister Zara Tindall, in his first public outing since his divorce with wife Autumn was finalised last month. 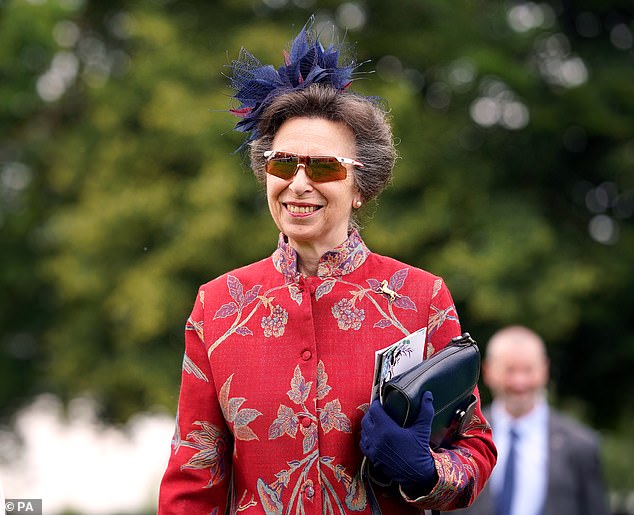 The 70-year-old donned a pair of orange tinted sunglasses, wearing her hair in a typical polished fashion, and was seen smiling and laughing as she enjoyed the racing event

The royal officially split with wife Autumn, 42, – with whom he has daughters Savannah, nine, and Isla, seven – after telling their families of their ‘amicable’ decision to end their marriage two years ago.

Peter, who will continue living in Gloucestershire to co-parent his daughters- announced the finalisation of his divorce last month, and said it was ‘the best course of action for their two children and ongoing friendship’.

A statement, released by a spokesperson on behalf of the couple, said: ‘Mr Peter Phillips and Mrs Autumn Phillips are pleased to be able to report that the financial aspects of their divorce have been resolved through agreement, the terms of which have been approved and ordered by the High Court today.

‘Whilst this is a sad day for Peter and Autumn, they continue to put the wellbeing of their wonderful daughters Savannah and Isla first and foremost. 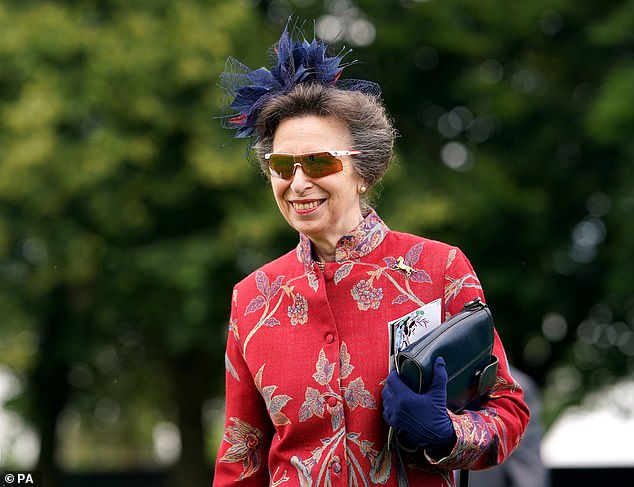 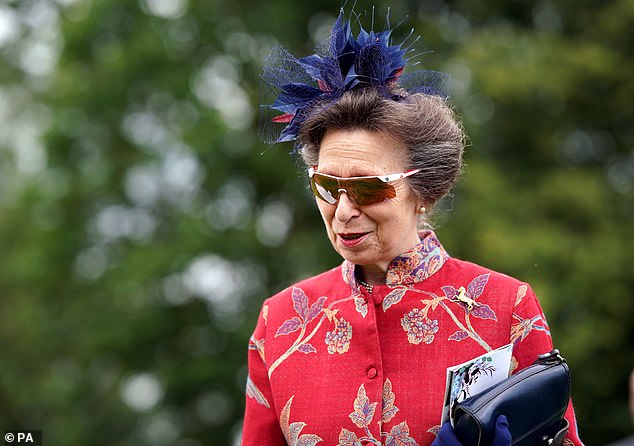 Anne could be seen laughing at the event, which comes  weeks after her son Peter was seen enjoying Ladies Day at Royal Ascot following the finalisation of his divorce

‘Both Peter and Autumn are pleased to have resolved matters amicably with the children firmly at the forefront of those thoughts and decisions.

‘Peter and Autumn have requested privacy and consideration for their children as the family adapts to a new chapter in their lives.’

The breakdown of Autumn and Peter’s marriage will be particularly painful for the Queen, 95, who enjoys a close relationship with her grandson’s wife.

The Princess Royal has otherwise been busy with royal duties, joining the Queen on her trip to Scotland last week, where she accompanied her mother to visit an outdoor children’s centre in Glasgow.

She later joined her mother to unveil a plaque in the offices of AAC Clyde Space during a visit to Skypark and for a visit to the University of Edinburgh the following day. 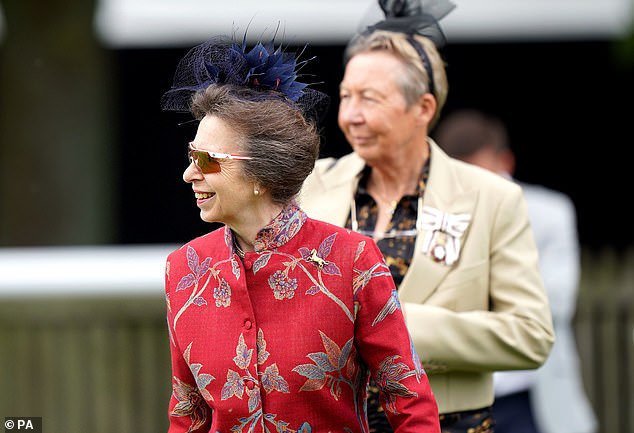 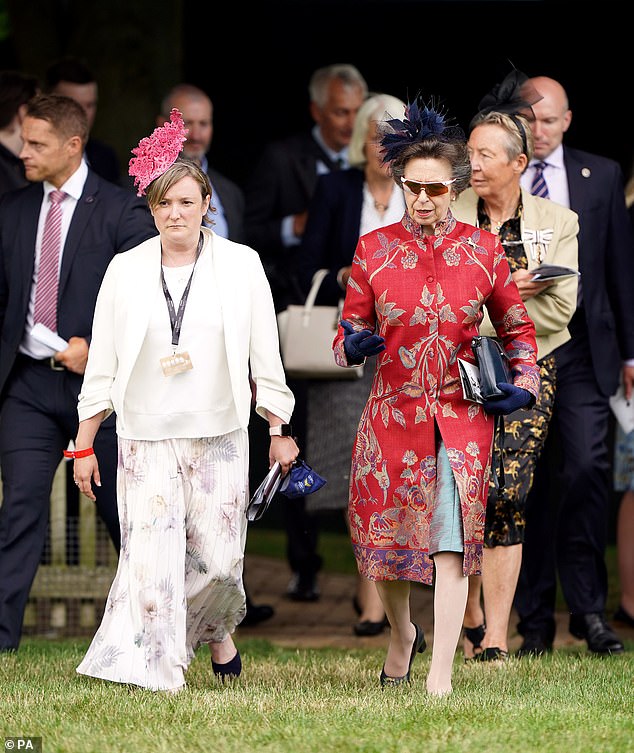 The special lifetime achievement award celebrates Anne’s work with the Club, of which she and the late Duke of Edinburgh are Honorary Members.

‘The accolades given to her include comments that she was extremely conscientious and a no nonsense leader’, said the Club in a statement.

‘Without exception she has remained closely in touch with these companies, continuing an active engagement in their work and attending events to celebrate anniversaries or present prizes’.

‘She has spoken of her admiration for the way that the Livery bridge the gap between traditional skills and business.’