RABBI LORD JONATHAN SACKS: WWII changed us for better – so will virus

RABBI LORD JONATHAN SACKS: The shared hell of WWII changed Britain for the better. Coronavirus will do the same 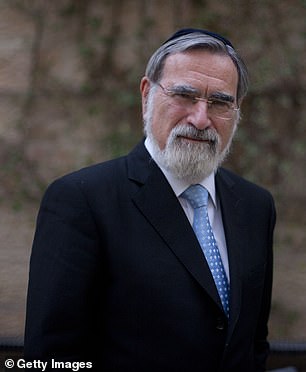 The shared hell of the war changed Britain for the better, and so will the current coronavirus crisis, writes RABBI LORD JONATHAN SACKS, pictured

When this bleak time is over, when schools and pubs and theatres reopen, when we no longer need fear the warmth of a handshake or the closeness of friends, will life simply return to normal or will something within us have changed? Will we look at community, society and humanity differently? Will something good emerge from all this anxiety and pain?

I think it will. When people go through tough times together, a profound bonding takes place. That is what happened after the Second World War. While the war was on, people for the most part lived from day to day. There was little time and tranquillity to think about the distant future.

Yet it was precisely then that the seeds were sown for a different kind of society. There was a deep sense that much needed to be changed. There were too many inequalities. There was too much poverty. The economic crash of 1929 and the depression of the 1930s had left scars that had to be healed. Britain had to become a more caring, cohesive and compassionate society.

The architects of this vision in the early 1940s were figures such as the Archbishop of Canterbury William Temple, the political theorist and historian R. H. Tawney, and the economist William Beveridge, people of widely different orientations yet united in their belief that something positive should emerge from the fog of war.

The result was the creation of the welfare state, a system of social insurance for everyone regardless of income or age. The 1944 Education Act provided compulsory free secondary education for all. In 1948 the National Health Service was born. These were revolutionary changes that reshaped Britain from then to today, and almost certainly they would not have taken place without the collective experience of war.

Something very similar took place in the USA. There were the benefits, financial and educational, for ex-service men and women, known as the GI Bill of 1944. There was new legislation governing labour relations, a minimum wage, social security, disability and unemployment insurance. These too were the result of the intense social solidarity that emerges whenever a group experiences threat and collective danger. 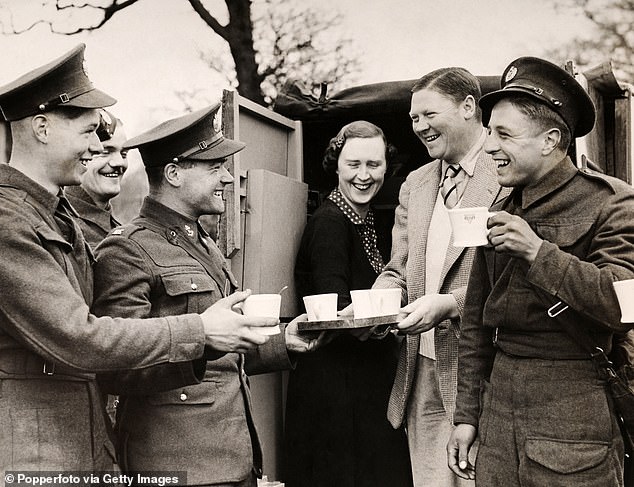 During the Second World War, a mobile canteen, pictured, was set up, which visited anti-aircraft units which were stationed in remote places where they could not get refreshments

What happened in both countries is what I describe in my new book, Morality: Restoring The Common Good In Divided Times. There was a shift in emphasis in society from ‘I’ to ‘we’.

One of the greatest challenges in free societies is to maintain a balance between the ‘I’ of self-interest and the ‘we’ of the common good. We must be able to compete but also to co-operate. There is within each of us an ‘I’ that asks: ‘What’s in it for me?’ But there is also a ‘we’ that knows that ‘we are all in this together’.

The longer any nation has known uninterrupted peace and prosperity, the more likely it is that the ‘I’ will prevail. This generates much liberty and creativity, but it also leads to huge inequalities, an emphasis on rights not responsibilities, a breakdown of trust and a feeling that society is unfair.

When a nation encounters adversity, on the other hand, the sense of ‘we’ grows stronger. At such times people are acutely conscious of how much they depend on one another.

Dame Vera Lynn, who recently celebrated her 103rd birthday, recalled her time during the Second World War ‘when we all pulled together and looked after each other’ and urged us to summon the same spirit ‘to weather the storm of the coronavirus’. People remember the tough times more vividly than the easy ones, precisely because they do bring us together.

We have seen striking examples of both in recent weeks. There has been the ‘I’ behaviour of people stockpiling and hoarding goods, focusing relentlessly on themselves and their families at the cost of other people. Heaven alone knows why someone feels they need 600 rolls of toilet paper. People have been flouting isolation and insulation guidelines. A Russian woman escaped a coronavirus quarantine and posted her story on Instagram, explaining that ‘I have a right to my freedom’. Well, no actually. We do not have a right to our own freedom if exercising it harms or seriously endangers others. That is why you can’t have rights without responsibilities. 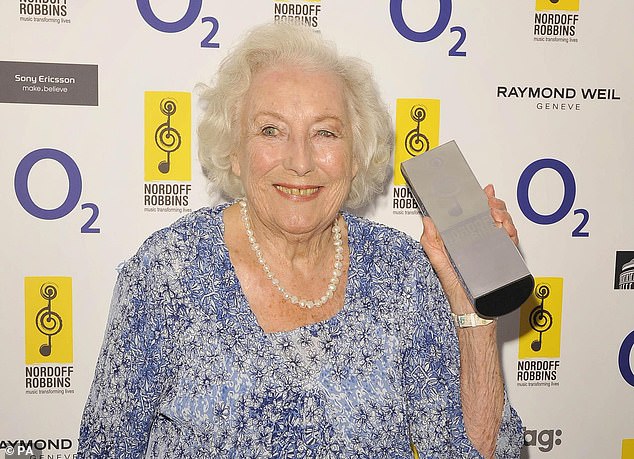 Dame Vera Lynn, pictured, who recently celebrated her 103rd birthday, recalled her time during the Second World War ‘when we all pulled together and looked after each other’ and urged us to summon the same spirit ‘to weather the storm of the coronavirus’

But we’ve also seen some amazing ‘we’ behaviour. Following a call from the Health Secretary for an ‘army’ of volunteers to support health professionals, we now have more than half a million people who have signed up to do a variety of tasks from transporting medicines and shopping for those who can’t, to speaking to the lonely and isolated on the phone.

Millions took to the streets, to their balconies and their windows on Thursday night to applaud the bravery of our brilliant NHS workers. It was an extraordinary sight that none of us could ever have imagined only weeks ago. That is a Britain of which we should feel proud. Throughout the country, individuals and groups have been establishing contact with their neighbours, the elderly, the vulnerable and the lonely, offering help.

Virtually all the synagogues I know have established such groups, and I am almost certain that the same is true of churches, mosques, gurdwaras, temples and other religious congregations. Faith is one of the great seedbeds of altruism.

There’s also been an almost non-stop stream of videos and messages on social media, packed with music and humour, lifting people’s spirits and teaching them how to avoid catching or communicating the virus in a gentle and smiling way. Humour heals. It preserves our humanity.

We feel better when we exercise the ‘we’ rather than the ‘I’. We are social animals, hardwired for altruism. There is compelling research evidence that, above a certain income level, we gain more pleasure from giving than from getting. Volunteering has been shown to strengthen the immune system. Making someone else’s life better floods our own with meaning, and this itself has huge health benefits. 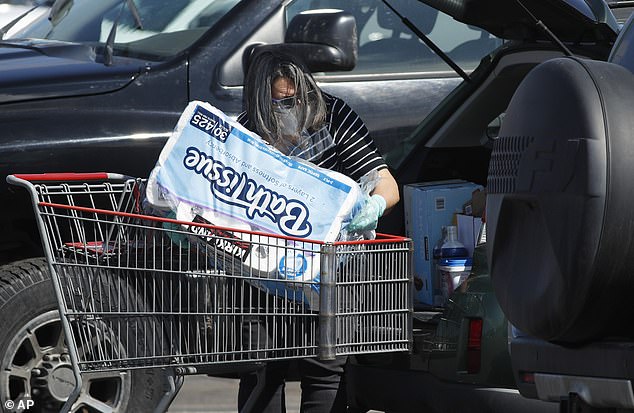 Shoppers have been panic buying huge quantities of toilet roll, pictured, in preparation for lockdown

I would hope that we emerge from this long dark night with an enhanced sense of ‘we’ in five dimensions. There is the ‘we’ of global human solidarity. Never in my lifetime have we lived through a period in which people in every country throughout the world are suffering the same fears, the same dangers, the same risks. The poet John Donne’s famous words could have been written for now: ‘Any man’s death diminishes me, because I am involved in mankind.’

There is the ‘we’ of national identity. The divisions over Brexit that once seemed to overshadow all else can now be put in perspective. When it comes to real fundamentals like life and health, what unites us is greater than what divides us.

There is the ‘we’ of humility. Despite all our affluence and technological powers, one tiny virus has brought humanity to its knees. From here on, we should never underestimate our vulnerability.

There is the ‘we’ in acts of kindness. Reaching out with help to others should make us permanently aware of other people’s problems, not just our own.

And there is the ‘we’ of hope. Just as Christians are getting ready for Easter, their great moment of renewal, so Jews around the world are beginning to prepare for Passover, our festival of freedom.

Passover contains a message of hope for all of us. Each year we tell the story of the exodus, that begins in suffering and ends in liberation and joy. That is the shape of the human story. Out of the bad, comes good, out of the curse comes blessing. Out of the coronavirus pandemic will come a new sense of collective responsibility, and we will all feel renewed.