Bachelorettes stick together. Rachel Lindsay praised Becca Kufrin for how she’s handling her split from fiancé Garrett Yrigoyen amid backlash from Bachelor Nation.

Bachelor Nation Couples Who Have Split in 2020

“I am close with Becca and, you know, she just announced her breakup. And then she also just announced that she moved to L.A. And so what I think it’s great with what Becca is doing, and I’m not sure if you heard on our podcast, but she gave a very emotional statement about her breakup with Garrett, which is more than we’ve seen him do,” the 35-year-old attorney exclusively told Us Weekly. “And I think that it’s very strong of her to show that emotion and to be so vulnerable and honest when so many people are criticizing her right now for the breakup, which it definitely takes two people and that’s not fair.”

Lindsay added, “I’m glad that she’s starting a new chapter. She’s doing what she needs to do for herself. And she’s surrounding herself with a good support system of family and friends who can help her get through this and she’ll be stronger and better for it.” 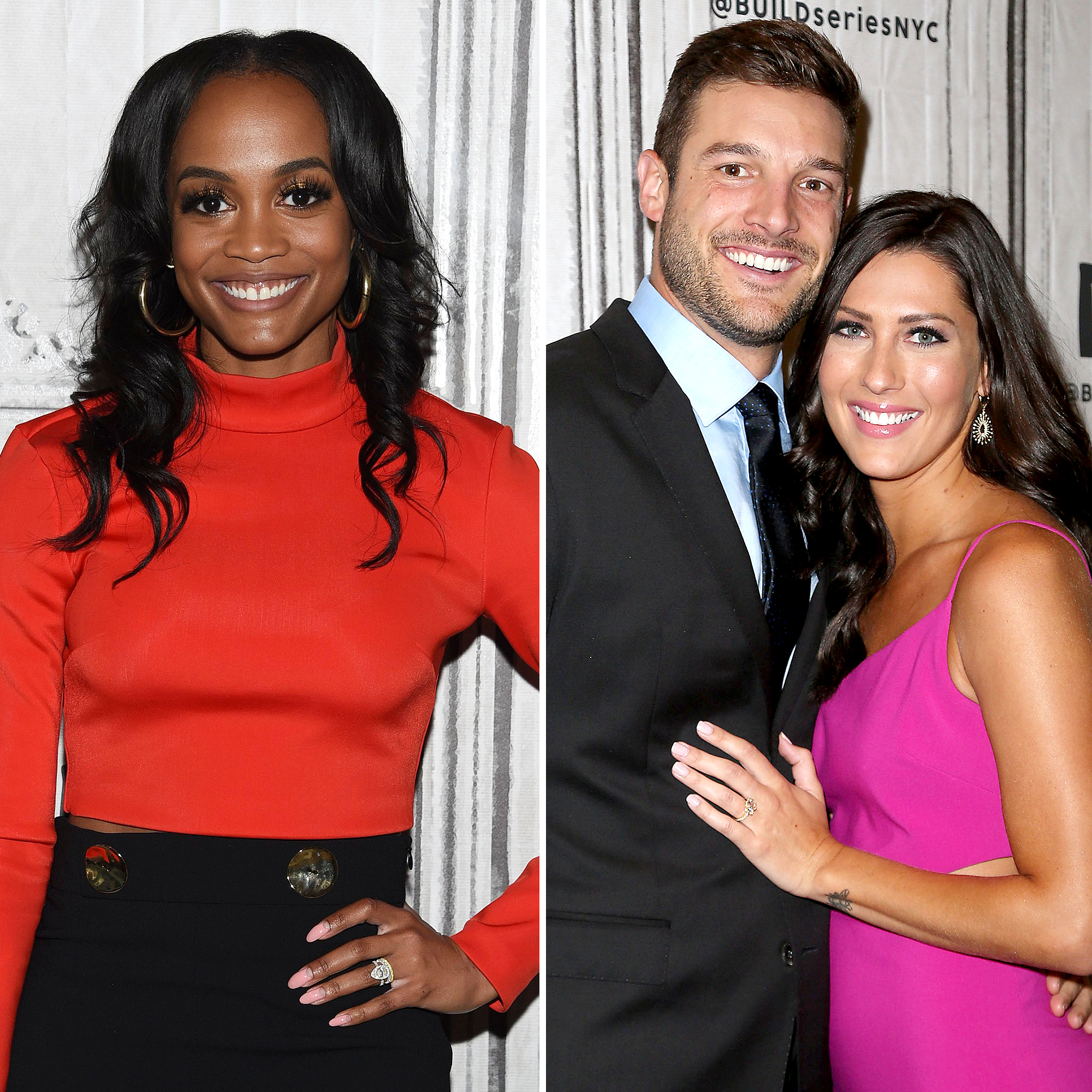 Kufrin, 30, and Yrigoyen, 31, sparked split speculation in June after she and Lindsay had an emotional conversation on their “Bachelor Happy Hour” podcast about Yrigoyen’s support for the police amid the Black Lives Matter movement. After nearly three months of rumors, Kufrin confirmed she and Yrigoyen ended their two-year engagement but made it clear that there were several factors that contributed to their split.

“After many conversations, we came to this decision. It wasn’t something that we just arrived at one night,” the former publicist said on the Tuesday, September 1, episode of her podcast. “It wasn’t based solely off of one Instagram post or somebody else’s opinions or comments. There’s much more to it. To any relationship, there’s a lot of layers, and it’s not for me to divulge details. It’s no one’s business other than what I’m telling you right now.”

Yrigoyen has yet to publicly comment on the split, but he removed an Instagram highlight that featured pictures of Kufrin last month.

Lindsay, for her part, found love on the ABC series the year before Kufrin and Yrigoyen’s relationship played out on season 14 of the show. The Texas native and husband Bryan Abasolo, who got engaged on season 13 of the series, recently celebrated their first wedding anniversary in Aruba.

“Aruba is everything that you can imagine it to be,” she gushed to Us about their trip. “I mean, for us, we wanted to pick a place that we knew we were going to have a great time that was going to be intimate, romantic, but where we could get away and have fun, but at the same time, it was safe. And so in doing our research, Aruba definitely is taking the right protocols and has the guidelines in place to make us feel like it was safe. Getting COVID tests, had to get a negative one within 72 hours of flight the medical screening as soon as you get off the flight.” 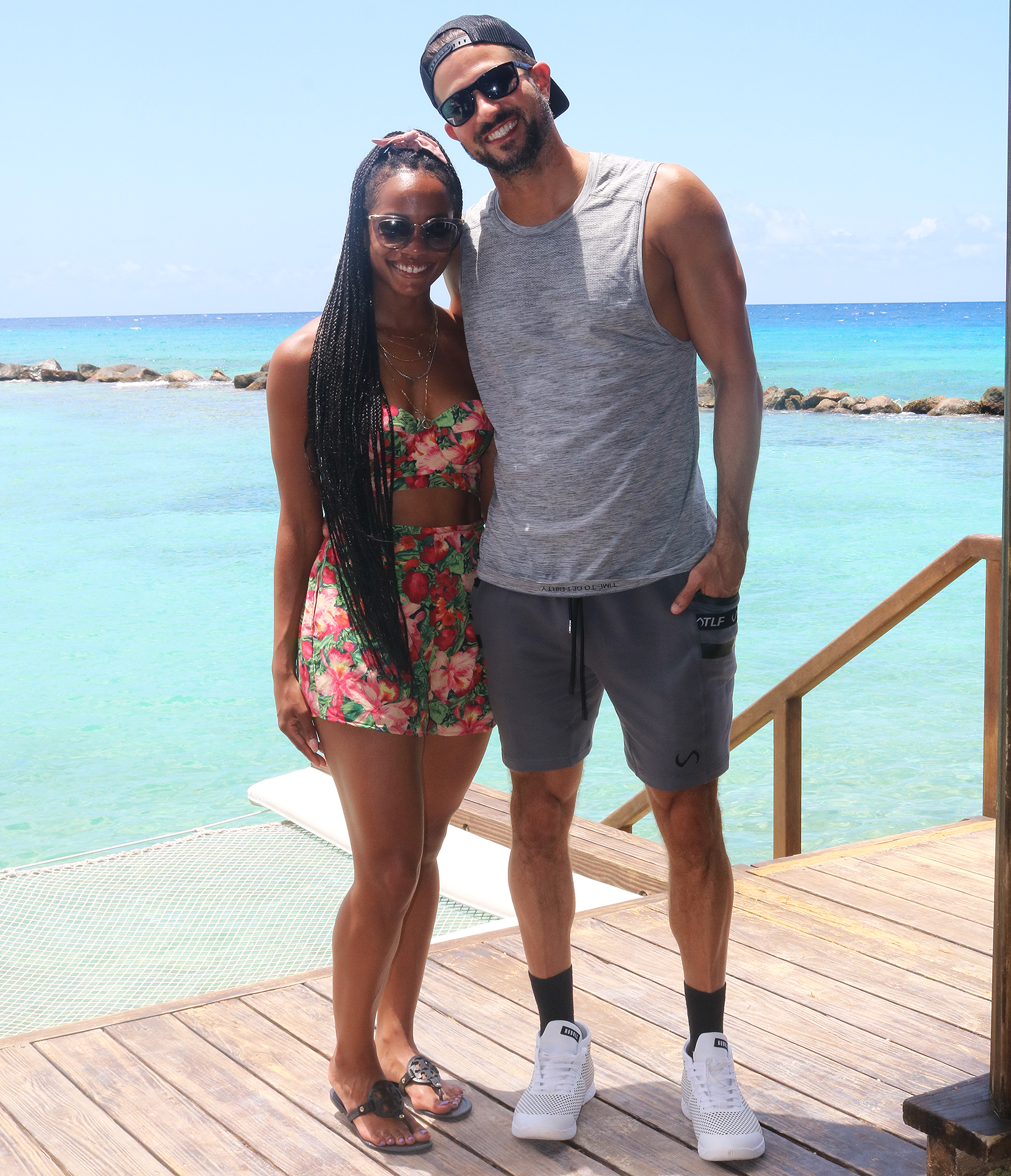 Abasolo added, “Everybody had masks. … The hospitality was second to none. I mean, the people are so nice. Yeah, there’s like 100 different cultures. They’re a huge melting pot.”

Lindsay concluded, “They call it One Happy Island. And I was like, joking that I feel like I’m optimistic now that I have left!”