Home » Lifestyle » Raven-Symoné Doesnt Have A Weight Loss Goal After Losing 30 Lbs: Its An Ongoing Journey

Raven-Symoné Doesnt Have A Weight Loss Goal After Losing 30 Lbs: Its An Ongoing Journey

After losing 30 lbs by intermittent fasting, Raven-Symoné spoke to HL about her weight loss goals & more.

Last month, Raven-Symoné, 35, revealed her 30-pound weight loss over a span of 3 months by intermittent fasting. In speaking to HollywoodLife.com in an EXCLUSIVE interview about her new partnership with Goodwill and Thrilling, Raven opened up about her new lifestyle and continued weight loss. “It’s definitely a ongoing journey for me. I set out to lose weight, so I could be more healthy. But I didn’t set out with a visual idea of what to look like,” she said. “In the past, I’ve had a lot of different weight transformations… But I don’t feel that I’m ever going to say, ‘This is how I’m supposed to look,’ because when I get to a certain weight, I always find happiness within myself, whatever what size I am.”

During her GMA appearance on June 11 when she revealed her weight loss, Raven admitted she did it by being “low-carb as much as I can be” and doing “a minimum of 14-hour fast between dinner and breakfast.” “I’m still understanding the science of food within my body, which is very important and which is why I lost my weight. I’m still not subscribing to the standard American diet, which has made a mockery of the human body and created the obese epidemic that is our world today,” she told HL. “I continue to understand and learn about insulin resistance and what it means for people like me. And I continue to fast because it’s how humans are supposed to eat.” 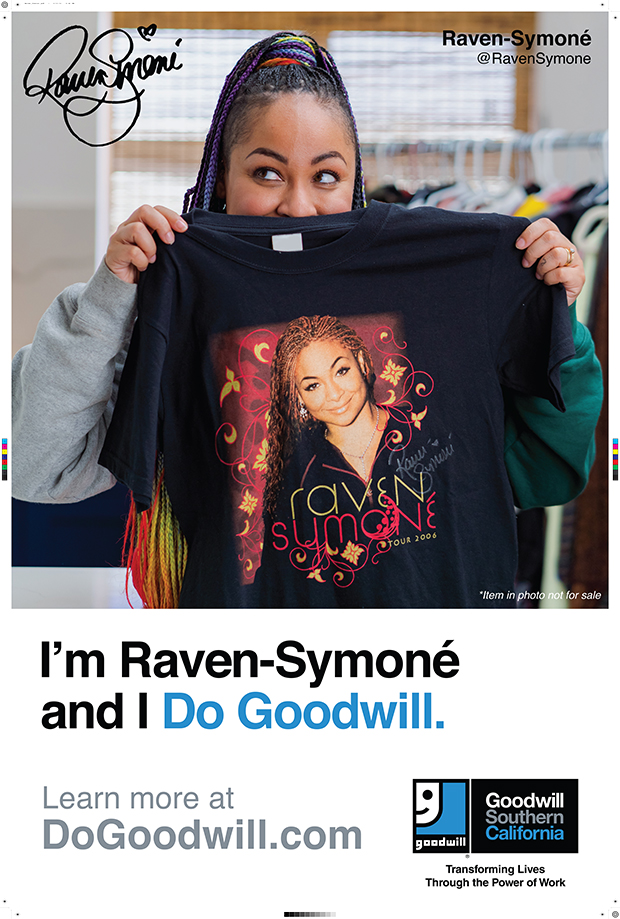 The That’s So Raven actress added that she isn’t doing “multiple day fasts” but she “stops eating at a certain period of the day and no snacking, including waiting until the next day to eat, instead of just gorging all day long.” “As I continue to sustain those tactics, I know that my body’s going to continuously change,” Raven said. She teased an upcoming YouTube video that will explain why she set out on this weight loss journey and further details about how she did it.

“It has been fantastic, because we’re able to talk to people about how important it is to share your wealth, to give back to the community, to be an advocate for sustainability and create a healthy footprint on our planet,” Raven said of the campaign. She donated over 41 items from her own closet, ranging in price from $25 to $600, to kickstart the campaign.