All in good fun! Reese Witherspoon is in on the joke after she revealed she asked Jay-Z and Beyoncé for some of their own personal Armand de Brignac champagne during the 2020 Golden Globes on Sunday, January 5.

On Wednesday, January 8, the Big Little Lies star, 43, took to her Instagram to share a LOL-worthy meme regarding the interaction. The two-slide creation begins with a photo of Jay-Z, 50, and Beyoncé, 38, taken during Sunday’s ceremony. The snapshot features the couple looking very intently at the camera. Above it, there is text that reads: “When you hear Reese Witherspoon is thirsty …”

The following slide consists of yet another photo of the duo from the awards show, only this time the “Formation” singer is toasting with a tablemate using a glass of bubbly, while Jay-Z is standing next to his wife, sipping from his own champagne flute. In between the pair is a photoshopped Witherspoon, who is practically hovering over the couple’s shoulders.

“Hide your champagne, y’all!” the Wild actress captioned the meme on Instagram. She also included a laughing-crying emoji. 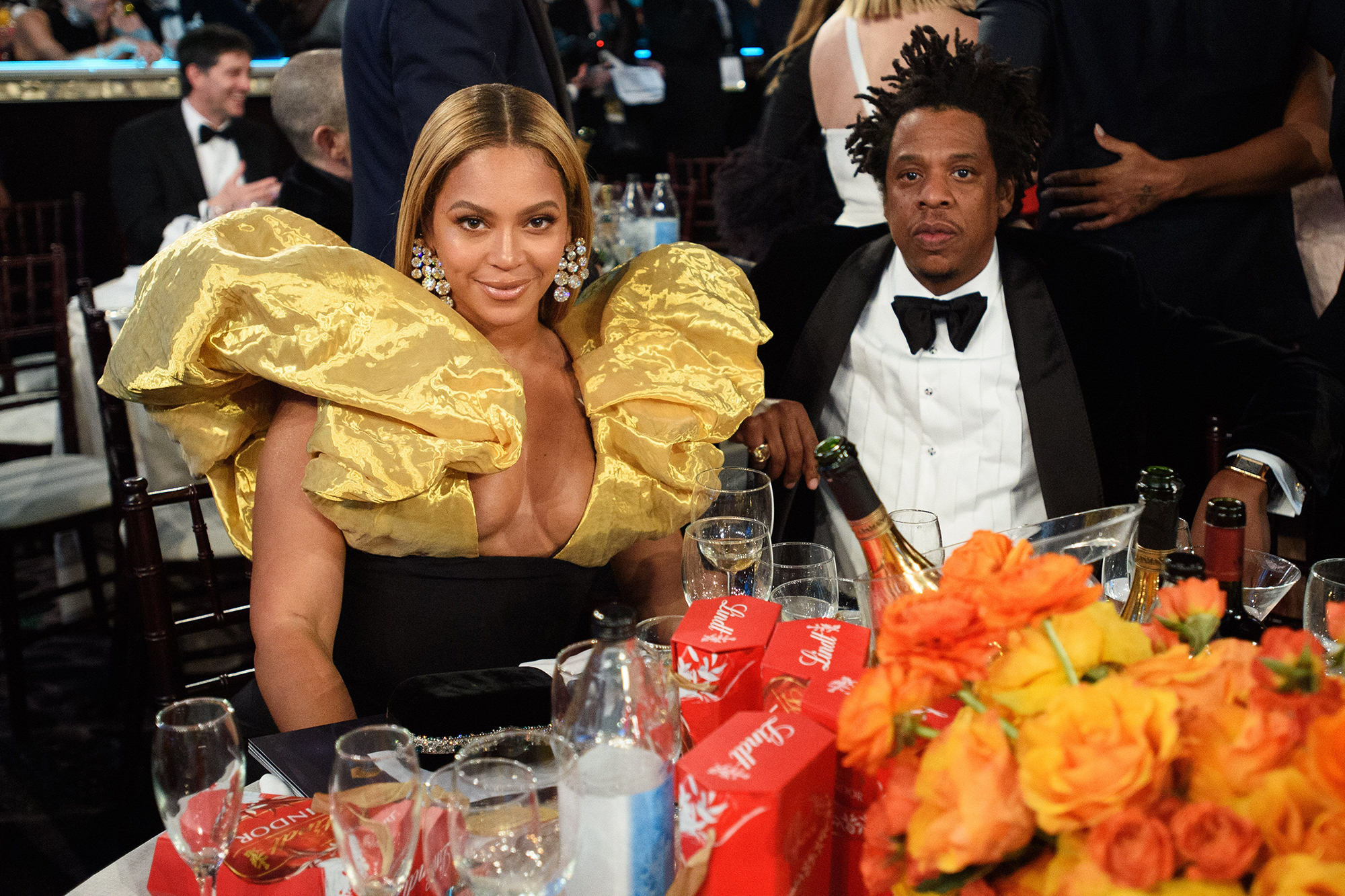 The humorous post already has more than 332,000 likes and thousands of comments, including some from Witherspoon’s famous pals. Michelle Pfeiffer chimed in with three yellow heart emojis, while Shailene Woodley, who stars alongside Witherspoon on Big Little Lies, commented, “Hahahahaha this is everything.”

Though the Academy Award winner is being teased for the move now, at least one person appreciated her champagne-centric gesture at the time — her Morning Show costar Jennifer Aniston.

The Friends alum, 50, praised her pal for her actions via her Instagram Stories on Monday, January 6, writing, “Reese!? This is one of the many reasons I love you. We ran out of water at our table so naturally, she asked Jay-Z and Beyoncé for a glass of their champagne.

Aniston then shared a snapshot of herself happily drinking the newly procured beverage.

While there was plenty of Moët & Chandon champagne available during Sunday’s ceremony — a rep for the brand told Us Weekly before the show that an estimated 125 cases of Moët & Chandon Grand Vintage 2009 and Moet Rosé Impérial magnums would be available — Jay-Z opted to bring his own brand of bubbly to the event.

The “Empire State of Mind” rapper and Beyoncé arrived at the Golden Globes while Kate McKinnon was introducing Carol Burnett Award recipient Ellen DeGeneres and Los Angeles Times reporter Amy Kaufman shared a picture of their unexpected entrance on Twitter. According to Kaufman, the pair entered with a bodyguard who was holding two bottles of Armand de Brignac behind his back.

Jay-Z purchased Armand de Brignac in 2014. The champagne is often colloquially referred to as Ace of Spades because of its distinctive label.