Household power bills are set to fall over the next three years as state government commitments to cut greenhouse gases drive an influx of cheaper renewable power into the electricity grid. 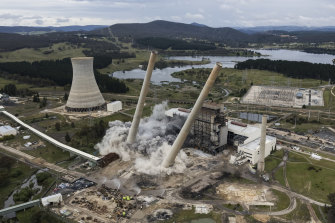 The AEMC report said the biggest driver of price falls over the next three years would come from cheaper power sources from wind and solar projects. These weather-dependent generators are set to be supported with on-call dispatchable power from large-scale batteries and gas.

“New generators, mainly renewables, continue to expand capacity and drive significant falls in wholesale prices. We are also seeing positive early evidence of how energy storage, like batteries, is helping to lower prices,” the report said.

AEMC chairwoman Anna Collyer said the findings showed that “integrating renewables in a smart way makes it possible to have both lower emissions and lower costs for consumers”.

“We can now see far enough into the future to be confident that power prices paid by consumers will
continue to trend downwards over the next three years, despite the staged exit of Liddell power station in 2022 and 2023, one of the biggest coal-fired generators in the national electricity market,” Ms Collyer said.

“We have just under 2,500 megawatts (of mostly coal power) expected to exit the grid over the next three years, there are almost 5,500 megawatts of committed new large-scale generation and storage projects coming online over the same time period.”

In a separate report released on Wednesday, the Australian Bureau of Statistics found that the amount of electricity generated by renewables in financial year 2020 had grown by 15 per cent on the previous 12 months.

“The 15 per cent growth is a huge increase in renewable supply, which is part of the literally exponential growth of renewables in Australia,” Mr Baxter said.

“Renewables keep going from strength to strength in the sunniest continent on the planet, producing cleaner, cheaper reliable energy.”