How ‘RHOP’ star Gizelle Bryant is getting ready for the holidays

“I wasn’t so much defending Gizelle as defending what was right,” Dillard, 33, clarified to Page Six when asked why she spoke up during the exchange. “What was being done, what was being said by Monique was just below the belt. It was a new low for all of us. I would even go so far as to say for the franchise.”

According to Samuels, Bryant — who claims to have reconciled with her ex-husband, Pastor Jamal Bryant — is being cheated on by the man of God … and Samuels read text messages about an alleged fling during the episode.

Pouring salt on the wound, Samuels read the phone number attached to the damning text messages aloud, leading Gizelle, 50, to confirm it was Jamal’s, whom Monique dubbed, “Pastor Holy Whore.”

Dilliard continued, “It was a general disgust with what she did. How are you able to sleep at night thinking and behaving this way? Are you proud that you spent God knows how many hours using your husband’s printer and ink to put this book together? It was a new low for us.”

While the majority of the cast seemed to be in agreement, Karen Huger and Ashley Darby have supported Samuels ever since she and Dillard exchanged blows in the brawl that carried much of the season.

According to Dillard, Darby and Samuels’ friendship is questionable at best, revealing that she, Samuels and their husbands once all talked smack about both Darby and her husband, Michael Darby.

“[Samuels’ husband] Chris even went so far as to say ‘I’m going to say this about Michael, but if you ever repeat it, I’m going to deny it,’” the singer and former beauty queen revealed. “I cannot remember what he said after that, but that in itself is telling. I don’t need to lie about that.”

As for Huger — a woman whom Dillard has held in high regard over the years — Dillard says fans will see how their relationship plays out during the remainder of the reunion. Even so, she still feels betrayed by Huger’s actions, despite the fan favorite speaking words of support. 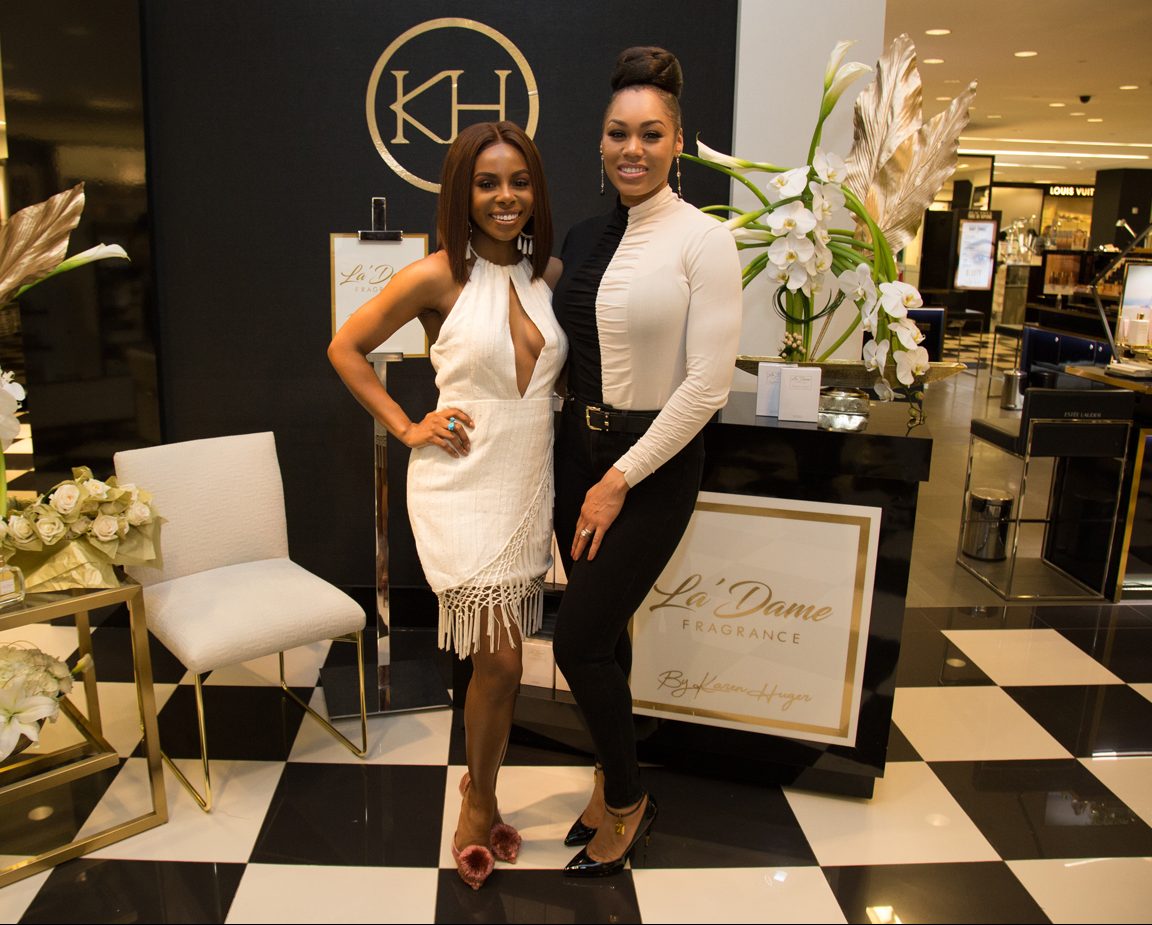 “You can say whatever it is you need to say to smooth it over, but I’m looking at your actions,” she insisted, “because as they say, actions speak louder than words. Karen’s actions from the beginning of this toxic fight and afterwards has been very difficult to peg and trust. I don’t see how we come back from that place.”

As the final two episodes are sure to end 2020 with a bang, fans look forward to discussing who should return next season, and while it may seem obvious, Dillard has no problem making a case for Samuels’ exit.

“I’m not an executive, it’s not really my place to say who should be invited back or not, but if you just look at the chain of events and her behavior over the past year, she spread rumors and false information about the fight. We know that she’s paying bloggers, we know that she’s influencing bloggers,” Dillard argued.

“The show has just become a vat of toxicity, and I won’t blame it all on her, because we all play a part,” she went on to admit, “but if you look at the grand scheme of things, Monique is the toxic piece of this puzzle, and I don’t see a path forward for her with the majority of this cast. I don’t think that based on her unethical behavior and violent behavior that she deserves this platform anymore.”