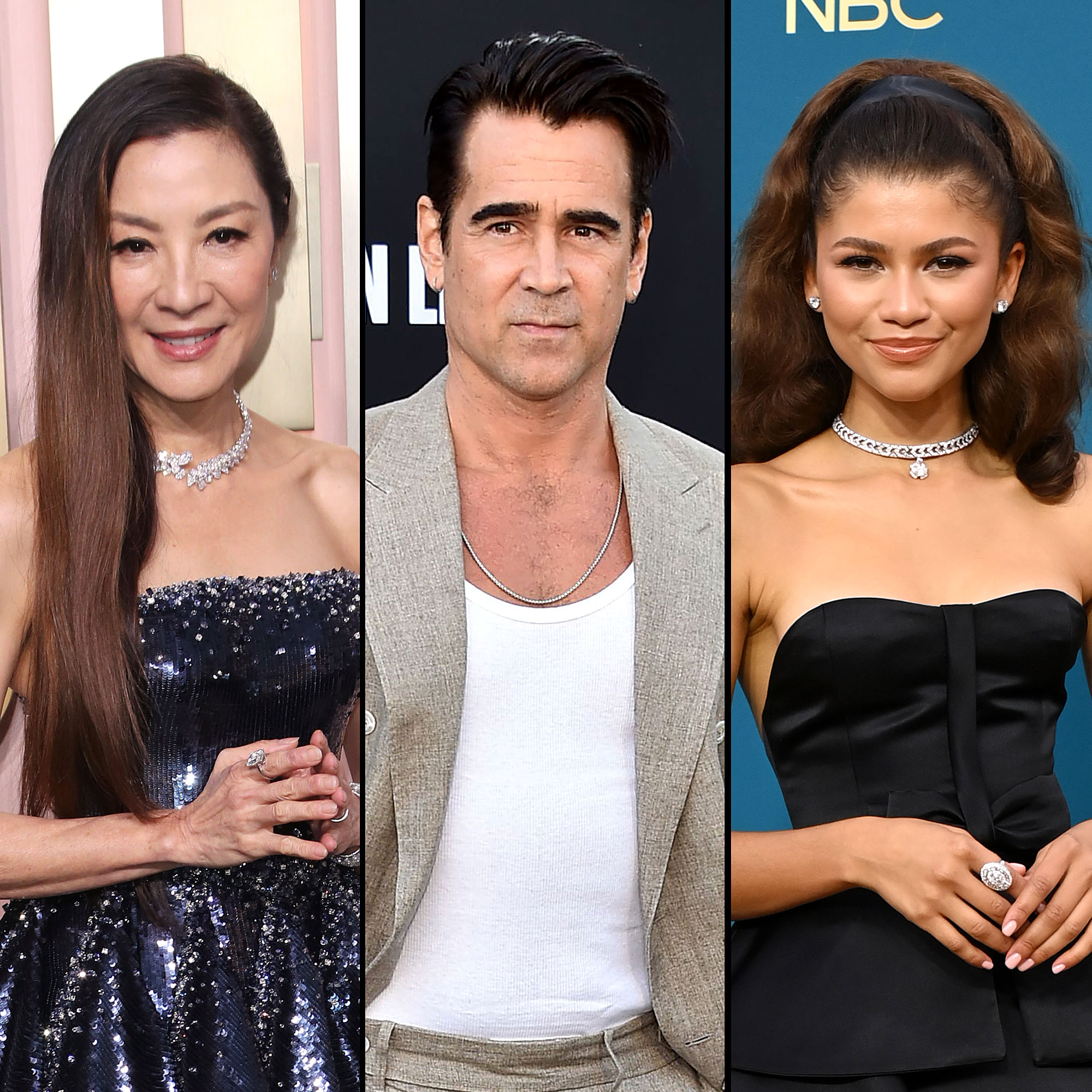 White Lotus breakout Haley Lu Richardson and Emily in Paris star Ashley Park took to Instagram on Wednesday, January 11, to reveal the list of honorees before the 29th annual SAG Awards are held at Fairmont Century Plaza in Los Angeles on February 26.

Stars of both the big and small screens — from Babylon to Abbott Elementary — will be celebrated by their peers for their standout performances from the past year. Among the 2023 nominees are Michelle Yeoh (Everything Everywhere All at Once), Colin Farrell (The Banshees of Inisherin) and Zendaya (Euphoria) — all of whom took home big wins at the Golden Globes one day before earning their SAG nods. 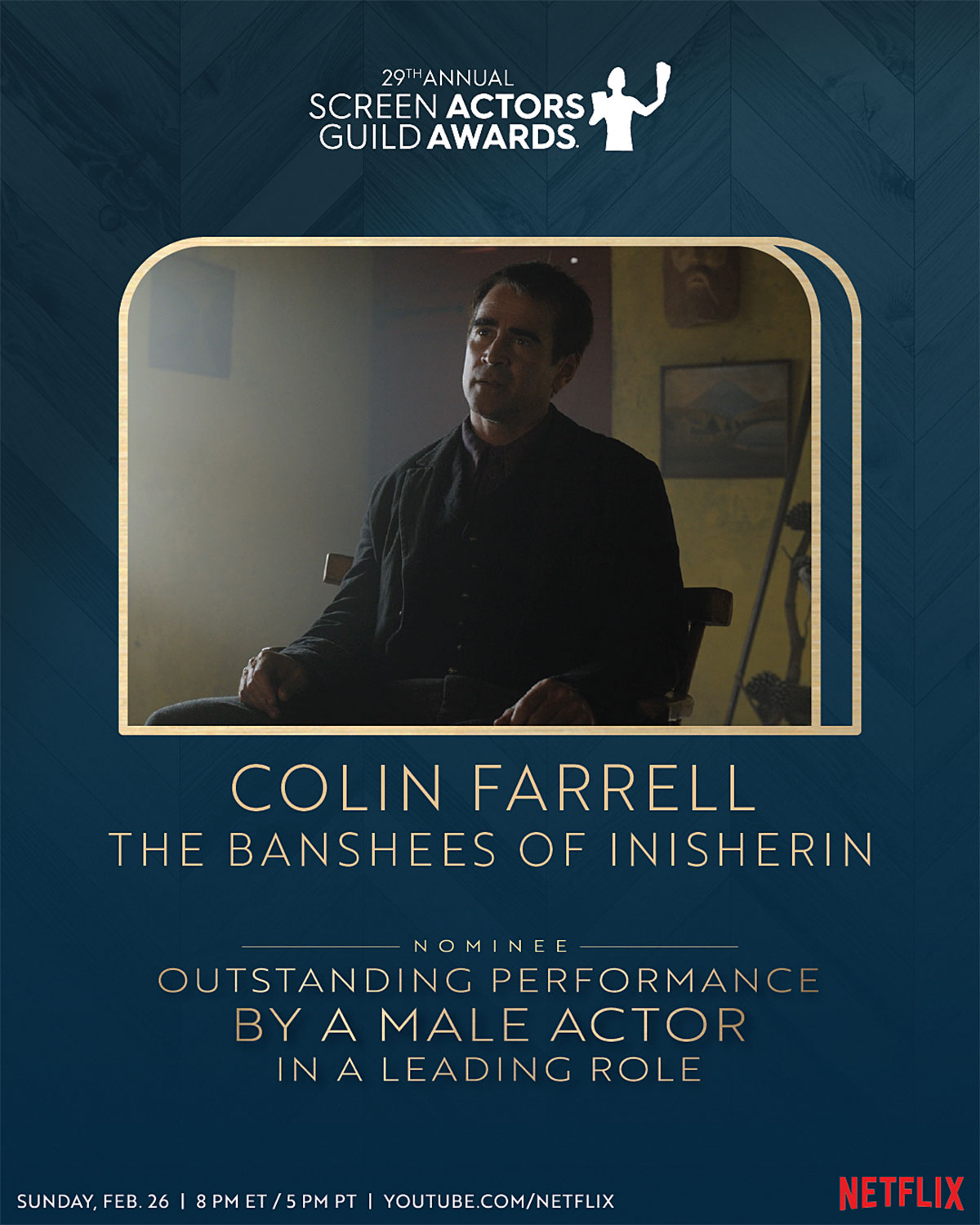 “It’s been an amazing journey, an incredible fight to be here today,” the Crazy Rich Asians actress, 60, gushed while accepting her trophy at The Beverly Hilton on Tuesday, January 10. “But I think it’s been worth it. I remember when I first came to Hollywood, it was a dream come true until I got here — because look at this face. I came here and was told, ‘You’re a minority.’ I said, ‘I know that’s not possible.’ Then along came the best gift: Everything Everywhere All At Once.”

Exes Who Attended Awards Shows: From Jen and Brad to Selena and Justin

As she was cut off by piano music — signaling for her to wrap up her speech — Yeoh refused. “Shut up, please,” the Crouching Tiger, Hidden Dragon actress said. “I can beat you up, OK? I’m dead serious.”

The Malaysian star took in her major achievement with pride. “This is also for all the shoulders that I stand on, all before me who look like me, and all who are going on this journey with me forward. Thank you for believing in me,” she concluded.

Yeoh’s performance in the March 2022 sci-fi action adventure flick has been one of the most-talked about all year. She stars alongside Jamie Lee Curtis, Ke Huy Quan and newcomer Stephanie Hsu, each of whom were nominated by fellow A-listers on Wednesday.

The SAG Awards only recognize actors, but the ceremony encompasses both film and television. This year, the casts of Abbott Elementary, The White Lotus and The Bear have a shot at taking home the ensemble trophies. Performers from each of the TV hits — including Quinta Brunson and Jeremy Allen White — are also nominated for their individual performances.

Brunson, 33, is the creator, writer and executive producer of the ABC sitcom and portrays leading lady Janine Teagues, an optimistic teacher at an underfunded public school. During a conversation with costar Sheryl Lee Ralph published by Harper’s Bazaar on Wednesday, the Philadelphia native gushed over her all-star team of collaborators.

“I get to come to a show every day that I genuinely love. From the story phase, to the outline phase, to the table reads, to us actually filming it, to the very moment that it’s on its last edit, I’m constantly inspired,” Brunson said. “That’s a rare feeling as a creator, for your own work to inspire you, but it’s because I’m working with so many amazing people.”

Scroll down to see the full list of 2023 SAG Award nominees:

Outstanding Performance by a Cast in a Motion Picture

Outstanding Performance by a Female Actor in a Leading Role 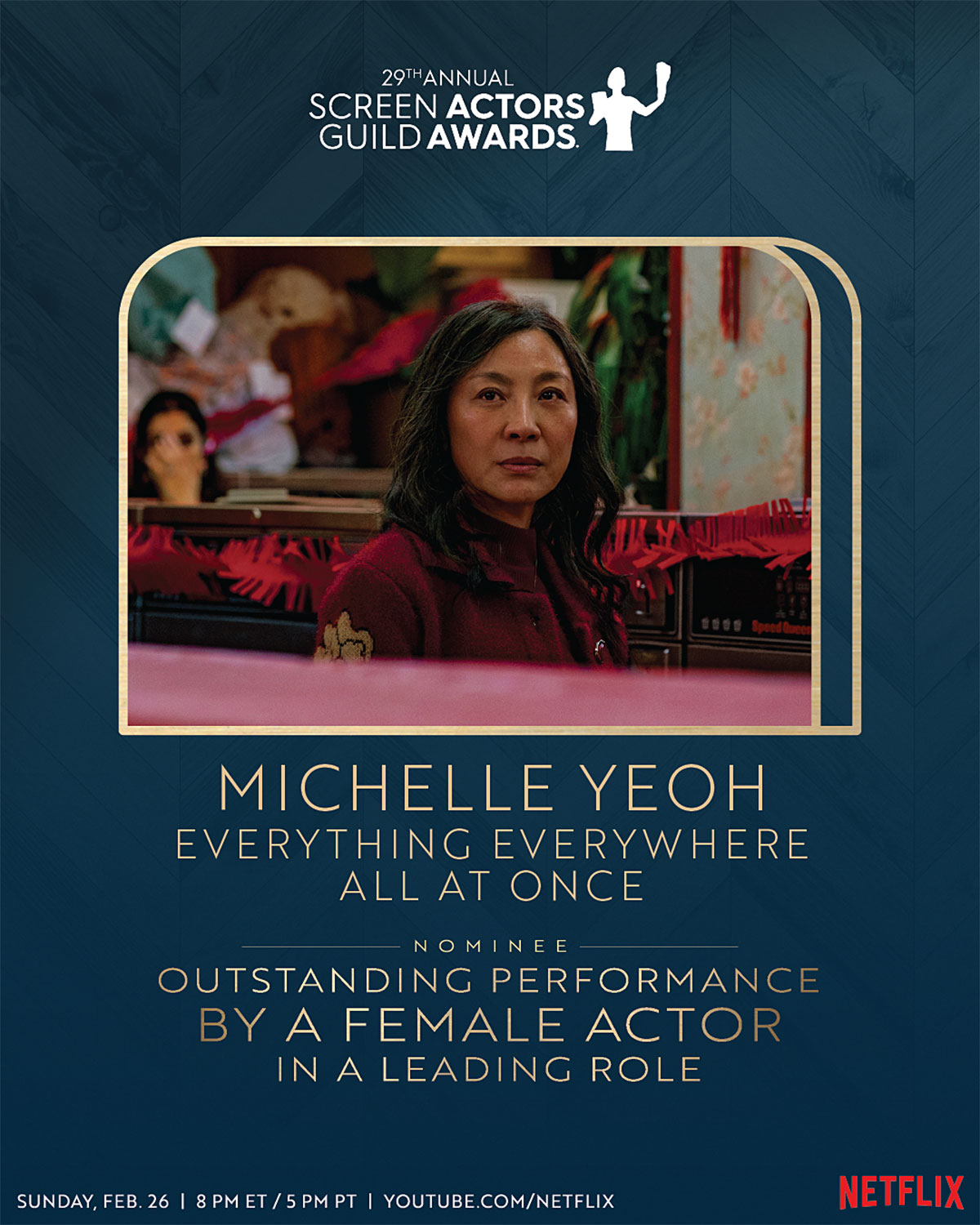 Outstanding Performance by a Male Actor in a Leading Role

Outstanding Performance by a Female Actor in a Supporting Role

Outstanding Performance by a Male Actor in a Supporting Role

Outstanding Action Performance by a Stunt Ensemble in a Motion Picture

Outstanding Performance by an Ensemble in a Drama Series

Outstanding Performance by a Female Actor in a Drama Series 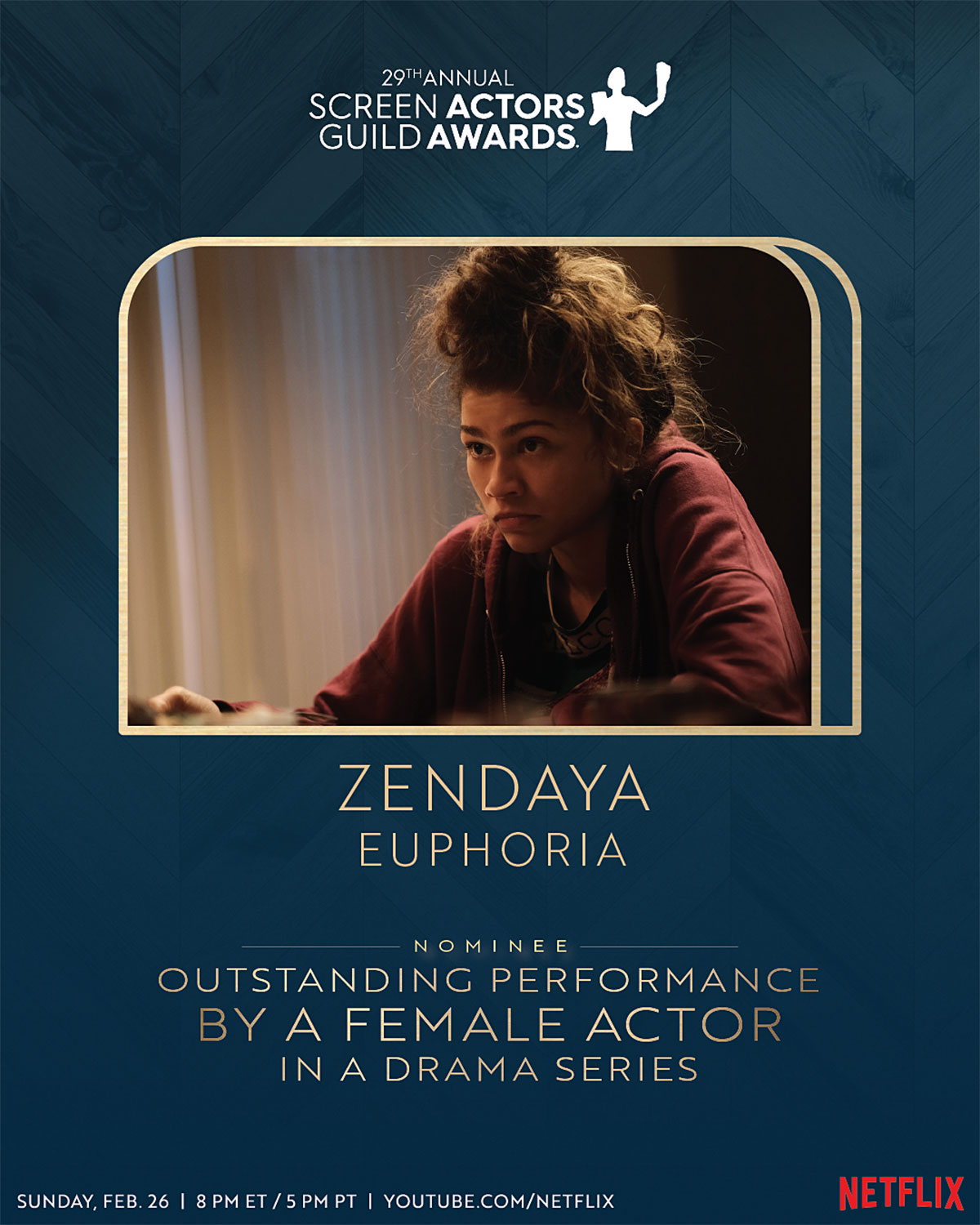 Outstanding Performance by a Male Actor in a Drama Series

Outstanding Performance by an Ensemble in a Comedy Series

Abbott Elementary
Barry
The Bear
Hacks
Only Murders in the Building

Outstanding Performance by a Female Actor in a Comedy Series

Outstanding Performance by a Male Actor in a Comedy Series

Outstanding Action Performance by a Stunt Ensemble in a Television Series

Andor
The Boys
House of the Dragon
The Lord of the Rings: The Rings of Power
Stranger Things