TESCO and Sainsbury’s shoppers have been left raging after discovering their Easter eggs were mouldy, broken or melted.

Some shoppers opened their treats bought from the supermarkets over the Easter weekend – only to find them spoiled. 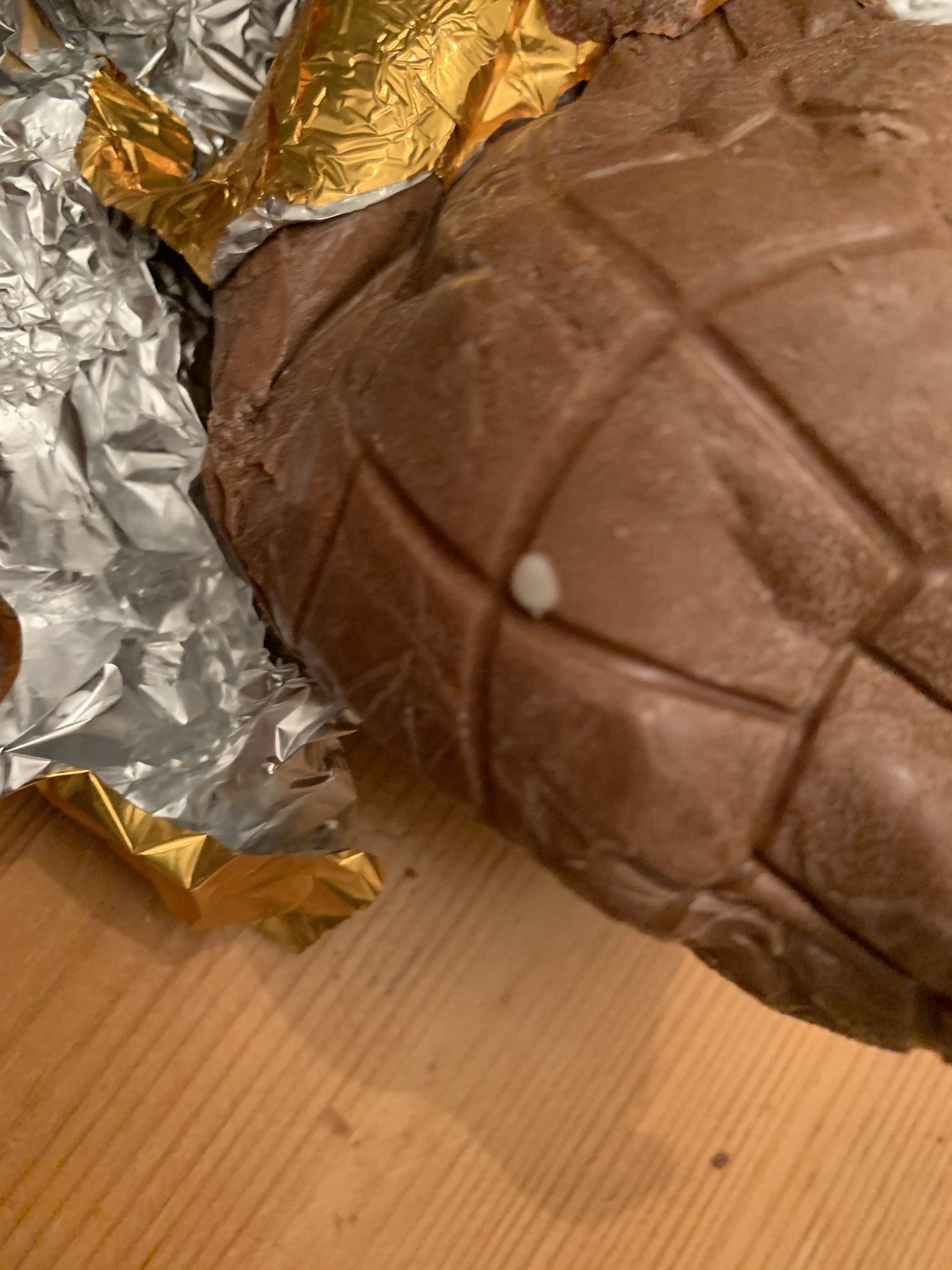 Customers from Tesco and Sainsbury’s took to social media to complain about their dodgy eggs.

Josh Robertson from Gloucester complained on Twitter to Sainsbury's after finding mould on his Malteaser's Easter Egg.

His Easter egg came with three Malteaser's chocolate treats, which he said were melted when he opened them.

The 18-year-old lad told The Sun: "It was a shock, and I was worried others may have had the same problem." 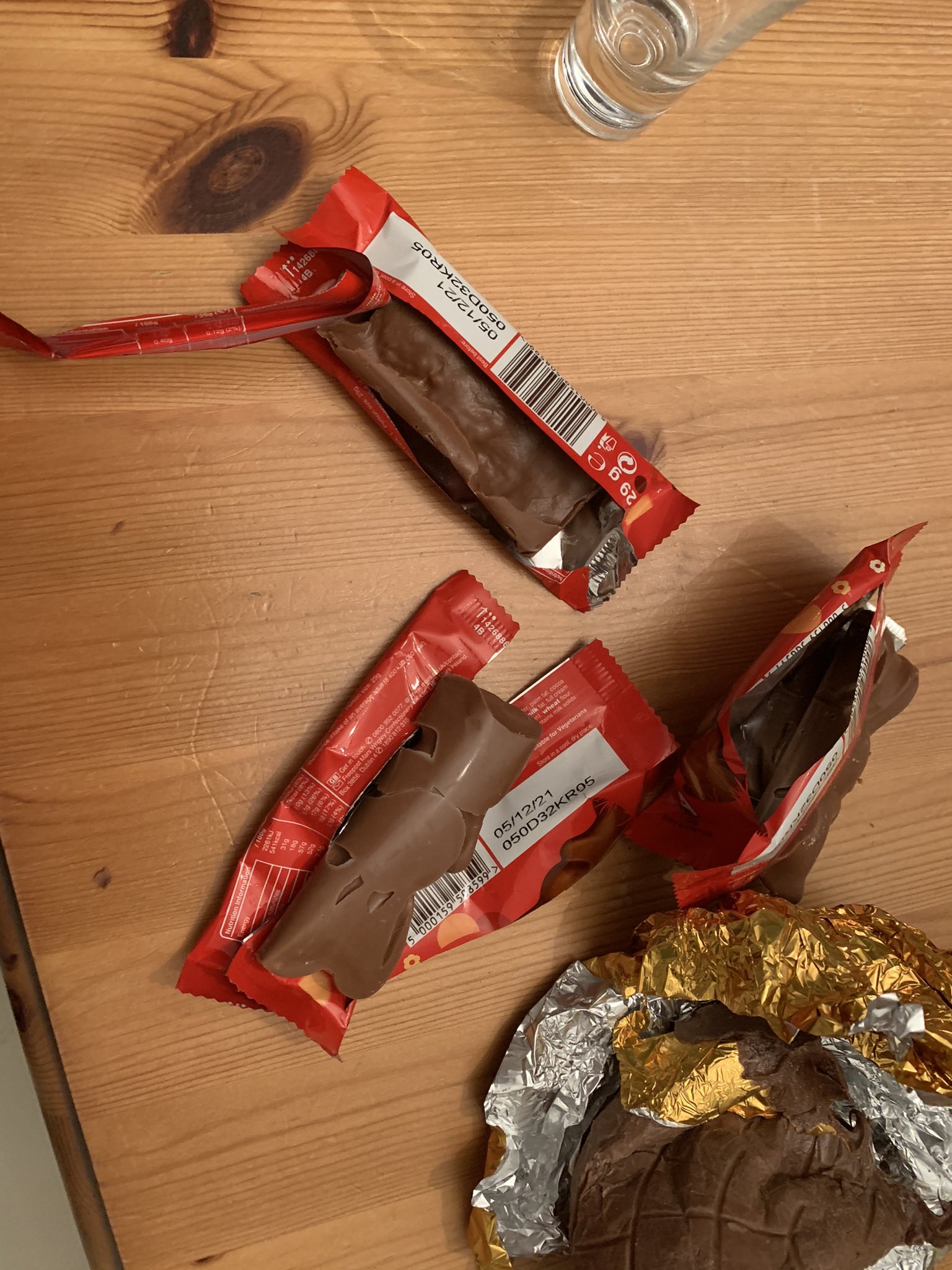 Another Sainsbury’s shopper claimed her Easter egg was spoiled too.

She uploaded a picture to social media of what looked like mould growing on the outside of the shell with the caption: “Thanks for the mouldy Easter egg.”

A Sainsbury's spokesperson said: "A very tiny number of customers have raised queries about their Easter eggs.

"We are in touch directly with them and have arranged a full refund.”

Tesco shoppers also complained on social media that they had also received sub-standard eggs too.

One customer said she had been looking forward to her Cadbury's Easter egg bought from Tesco "all weekend", but claimed it had "gone off". 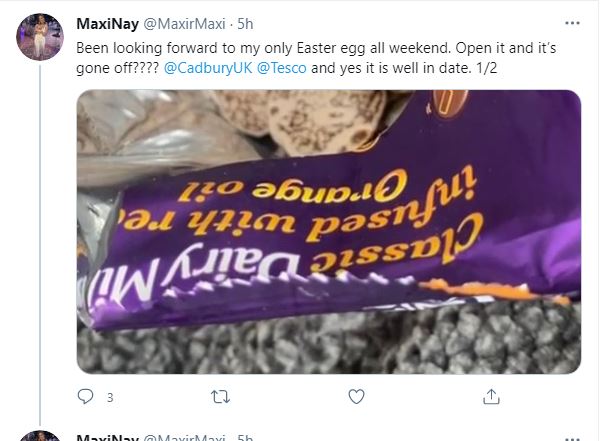 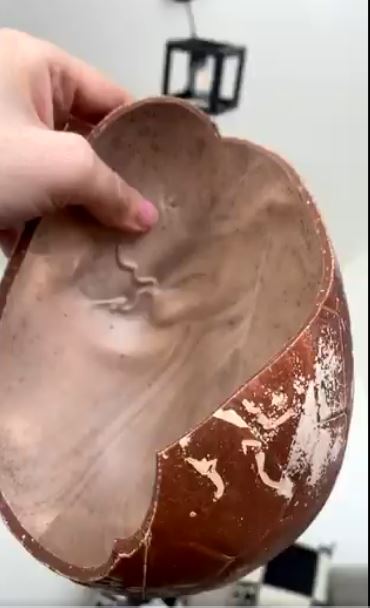 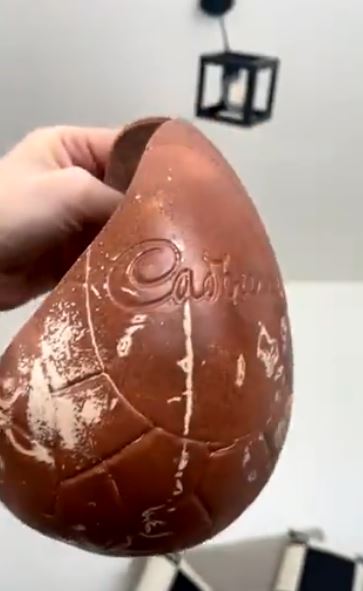 She posted a picture of her egg to Twitter, and the inside of the shell looked like it had turned a different colour.

Another Tesco customer tweeted about his Cadbury Easter Egg he bought from the supermarket for his wife, claiming it looked like "something has already tried to eat it".

He added: “Not impressed. Obviously she now doesn't want to eat it.”

Another shopper uploaded a photo of her Cadbury Creme Egg Easter egg bought from Tesco to Twitter.

It was pictured with some of the foil ripped off, and chocolate smeared on the wrapping.

“Who is to blame for my easter egg creme egg looking like this?” he said. “The box looked fine so I presume that it was put in the package like this. Really poor.”

IF your order doesn’t turn up, there are missing items or they’re spoiled, what are your rights? We explain.

Other shoppers took to Twitter over the Easter weekend to complain about their Easter egg fails too.

Tesco and Asda shoppers have been left furious after finding their Easter eggs were missing from online deliveries.

Shoppers had ordered chocolate eggs to be delivered in time for the Easter weekend, only to be left empty-handed with items out of stock.

Many took to Twitter to slam the supermarkets, with some stating they had to cancel their Easter egg hunts with their children because of the delivery disaster.

Many supermarkets warned they have been running out of chocolate eggs days before the Easter weekend.

M&S and Asda both warned shoppers that stock of the seasonal chocolate treats are running low online – and they are flying off shelves in stores too.

In a message to customers on its website, Asda said its stocks of Easter eggs are running low.

Meanwhile M&S shoppers are also met with a message saying most of its Easter eggs have sold out online due to high demand.

Easter eggs were spotted on sale as early Christmas Eve – four months before the bank holiday.

We tested Easter eggs from supermarkets including Aldi, Tesco and M&S to see which ones are best – here's our verdict on the THIRTY choc eggs we tried.

Planning to head to the supermarket this Easter? These ones will be closed over some of the weekend.