Royal Ascot 2019 kicked off yesterday with thousands flocking to the famous races including the Queen, Prince Andrew, Prince William and Kate Middleton, the Duchess of Cambridge. The Queen was joined by Queen Maxima and her husband the King of Netherlands, however, Duchess of York Sarah Ferguson was noticeably missing from the Royal Box and the event altogether. Where was Fergie? Many royal fans would have been disappointed not to see Prince Andrew’s former wife join him and their two daughters at the event. Why was Sarah Ferguson absent from Royal Ascot? Sarah Ferguson has attended the Royal affair in the past,so her absence from the event yesterday surprised many. According to sources, the former royal has attended Royal Ascot as a guest of the Queen since 2014.

Last year, Sarah joined her ex Andrew, 59, and their daughter Princess Beatrice in the Royal Box.

She wore a navy blue ensemble, adhering to the strict Royal Ascot dress code with matching hat and accessories.

She also proudly wore her name badge, something other royals didn’t do.

After arriving, Sarah was spotted curtseying to Her Majesty the Queen with Beatrice and Andrew, holding onto her daughter’s hand, possibly for support.

Getting rid of the formalities, Fergie was later spotted laughing and chatting with the Queen away from prying eyes in a Royal Box.

However, the flamed-haired royal did’n’t make her debut at the event until day four in 2018, so it’s likely fans could see her on Friday for the penultimate races. 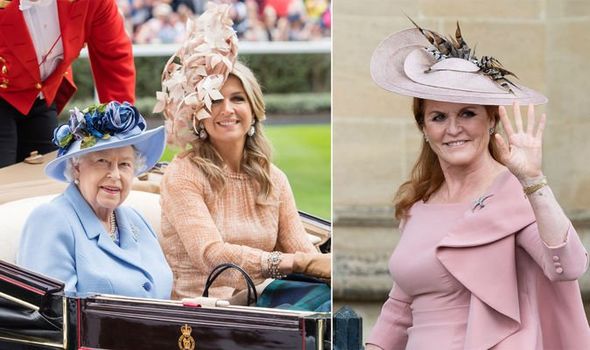 Who is Sarah Ferguson?

Although Sarah, 59, hasn’t been an official member of the Royal Family since 1996, following her divorce from Prince Andrew, she sill remains close to The Firm and her ex-husband.

She married Prince Andrew in 1986 a West Minster Abbey and they have two daughters together, Princess Beatrice, 30, and Princess Eugenie, 29.

While they separated in 1992 and announced their divorced in May of 1996, the couple has remained close, with rumours swirling that they’re still together. However, Eugenie maintains that “They are the best divorced couple I know.”

In an interview last year, the Duchess was asked whether she and Andrew may one day tie the knot.

She said: “So many people have asked me that, but we’re so happy with the way we are right now.

She added to the Daily Mail: “We enjoy each other’s company; we allow each other to blossom. I know it sounds like a fairy tale but that’s the way we are.”

Interestingly, Sarah refused to rule out the prospect of a remarriage which will no doubt cause more speculation

Following Prince Louis’ birth last year, Prince Andrew became seventh in line to the throne, meaning the duo could officially get back together without Andrew needing to ask the Queen’s permission.

When Fergie married Prince Andrew, she received the titles of Her Royal Highness and The Duchess of York, but following their split, her title became Sarah, Duchess of York, as is the customary styling for former wives of peers. 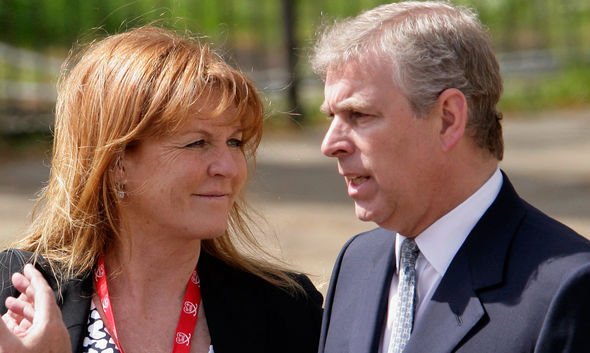 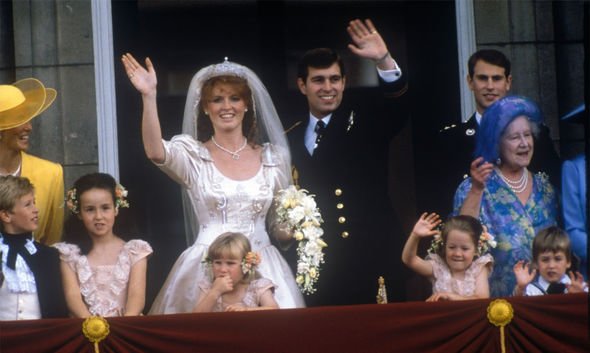 Despite separating from Prince Andrew over two decades ago, Sarah recently showed her admiration for him in a number of Instagram posts.

In one post, the Duchess of York shared photos to wish the Queen a happy birthday.

She also gushed over Prince Andrew and her two children in the message, which saw royal fans call for them to get back together.

Sarah posted pictures from Trooping the Colours, and other fans said she should have been there.

Although she did not attend the royal event, she was recently spotted with Prince Andrew at Lady Gabriella Windsor’s wedding.