Different outlooks. Although Lala Kent has expressed her frustration with her costars for not telling her the rumors they allegedly heard about Randall Emmett, Scheana Shay offered another side to the story.

“I think James [Kennedy] and Kristen [Doute] had said that they had heard things years ago. But at that time, if anyone who had heard anything would’ve brought that to Lala, she would’ve shut it down,” Shay, 36, exclusively told Us Weekly on Monday, January 24, while promoting season 9 of Vanderpump Rules. “She says, ‘Now I wish people came to me.’ But at the same time, if people did come to her then and she didn’t shut it down and she did leave him, she wouldn’t have Ocean.” 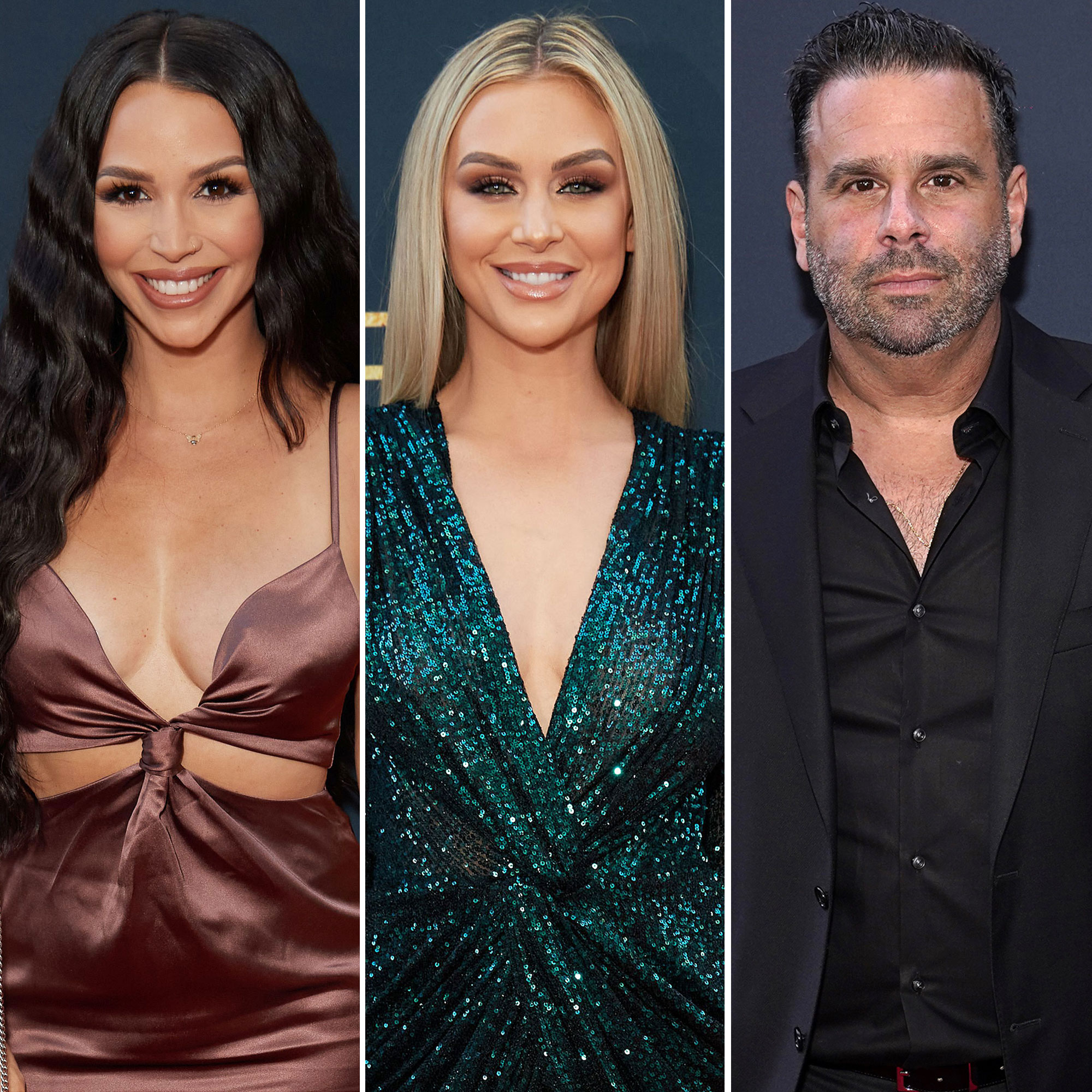 The “Good as Gold” singer noted that her cast members have all dealt with their fair share of “bulls–t” claims when it came to their significant others.

“No one believed it. I remember sitting with Ariana [Madix] one night and she gets a message on her phone that was, like, ‘I was with your man [Tom Sandoval] last night.’ And she’s like, ‘Really? Because we were watching a movie in bed,’” Shay recalled. “So people say things like that all of the time that I think anything anyone had heard, they just dismissed because they thought it was bulls–t.”

Shay’s comments come after Kent, 31, previously called out her Vanderpump Rules costars for claiming they heard rumors about Emmett, 50, being unfaithful.

“I wish that somebody would have come to me and said, I’m getting DMs about your person. No one voiced any concern for me and my relationship,” the Utah native, who shares 10-month-old daughter Ocean with the director, shared during an interview on the “Not Skinny But Not Fat” podcast in December 2021. “James and Sandoval both expressed that they knew things. As time passes, I have a lot of people that are telling me things. Everyone wants to say, ‘It’s not your business.’ How would you feel? I would give everything to turn back the clock and have someone tell me something.”

The beauty mogul, who got engaged to the film producer in 2018 after going public with their relationship earlier that year, also called out her friends during the reunion special.

“Randall Emmett creeping around on me — that should have been brought to my attention,” she said during the trailer for the season 9 reunion on January 18. “The fact that this man — he made me feel safe enough to bring a child into this world. I feel disgusted.”

During the sneak peek, Shay pointed out that Kent referred to her ex as a “standup man” in comparison to the California native’s fiancé, Brock Davies. The reunion special was shot two months after Kent originally sparked split speculation when she deleted her then-fiancé from her Instagram feed in October 2021. The following month, Us confirmed that the twosome had ended their engagement.

Since the breakup, Shay noted that she couldn’t see Kent and Kennedy, 30, rekindling their past flame after his split from Raquel Leviss.

“I mean anyone who knows Lala knows her type and it’s not Randall and it’s not James. Let’s just say that,” the former SUR waitress shared with Us, shortly after the DJ admitted that he would “never say never” to a reconciliation with the Give Them Lala author.

Shay added: “I think right now she’s taking some time for herself, but she’ll definitely start dating again. I have a very good man who was interested in her when the time is right. So I can’t wait to hopefully play matchmaker.”