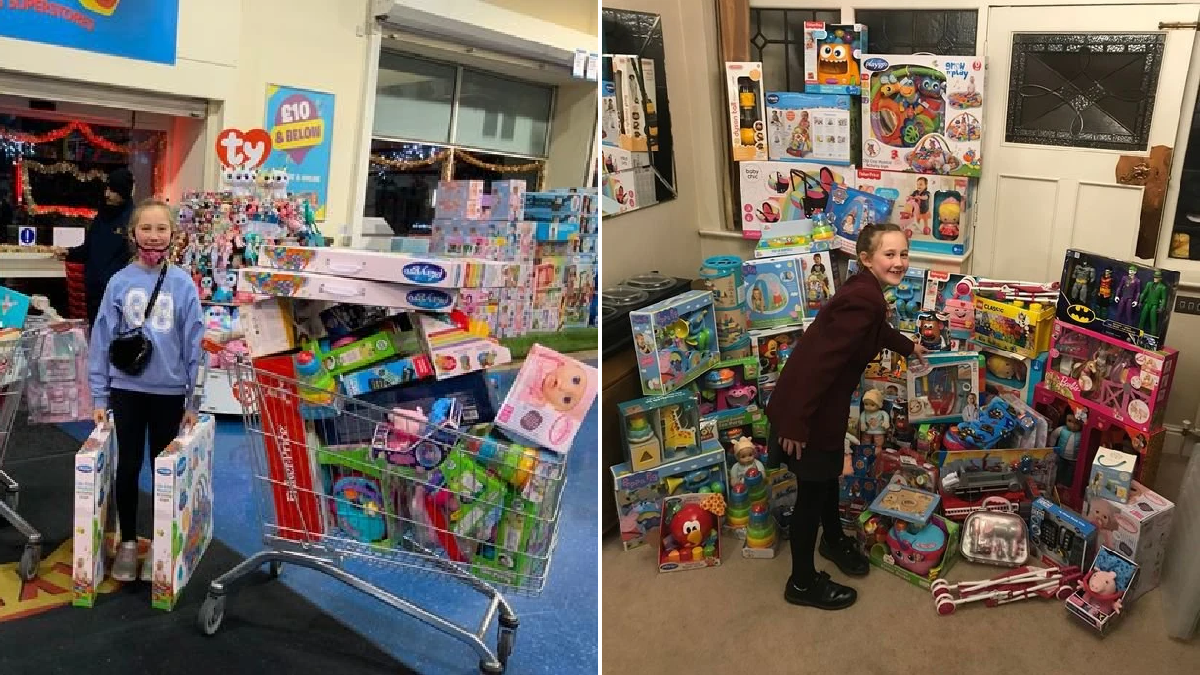 When Sabrinah Warren turned nine earlier this year, she asked her family and friends to give her money instead of presents.

This is because the Bolton schoolgirl planned to donate a large collection of toys to less fortunate children at Christmas.

The Year 4 pupil, from Bolton School Junior Girls’ Division, was given more than £1,000 to put towards gifts.

Sabrinah’s mum Dannielle Warren says the nine-year-old came up with the generous idea after seeing a kind action from a fellow pupil.

‘The idea originated earlier in the year when another girl in her year had donated her hair to the Little Princess Trust,’ Danielle tells Manchester Evening News.

‘After watching the school assembly championing this, Sabrinah came home wanting to do something to help people.

‘She decided that, as Christmas closely follows her birthday on Halloween, she would ask for money instead of presents and then go shopping and donate the toys.’

After keeping £100 to spend on presents for herself, Sabrinah had £1,250 remaining to put towards donations.

Sabrinah and her mum then reached out to Sarah Lodge, a supported housing association in Bolton, and asked them for a list of children they could buy presents for.

Then, when the mother and daughter went to Smyths to buy the gifts, and explained what they were doing, the retailer gave them some discounts – which made their money go even further.

The toys have now been donated to families at the housing association, as well as other children in the area.

‘We dropped them off at the housing association and they were really so happy and pleased,’ Danielle adds.

‘I don’t think Sabrinah necessarily thought she’d see any of the families but she saw one person and that was lovely for her to see someone who would be benefiting from it all.

‘She’s really happy to be able to bring some happiness to people.’