I was scrolling through the feed when it appeared. “What a brilliant idea!” I thought, “I’m going to do that.” Next day, I’m in a Kmart buying a $19 shoe rack. Not for my shoes, mind, but for my bath. Like hundreds of thousands of other women, I spend time on Facebook and Instagram looking for “inspo” for my own home.

I love a bargain and a brilliant idea as much as the next person, which is why discount stores like Kmart have inspired massive fan groups to spring up online. In these groups you’ll often find their products being used in ways that their designers never intended.

A framed tea towel becomes wall decor, a cutlery drawer becomes a succulent garden and acres of $3 marble and timber-look contact have covered everything from fridges to furniture, laptops to benchtops – which is how I came across this “bath hack”. 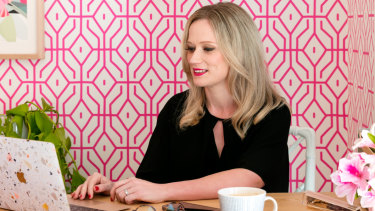 Jen Bishop: tries to provide options for people of every budgetCredit:Jacqui Turk

“The most popular and the latest ‘hack’ craze is the ‘bath hack’, where the shoe rack shelf is used to cover over either part of the bath or over the entire bath to allow for a shelf and extra storage space,” says Taryn Stevens, who with her adult daughter Danielle started the Facebook group “Kmart & Beyond ideas – Australia” three and a half years ago which now has 112,000 members and is still growing. “We receive approximately a thousand requests to join the group each week” she says. 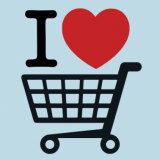 “The common question we get asked about the bath hack is why? Some people rarely use their baths or not at all, or their bathroom’s small and they need the extra space so it makes perfect sense. The styling these women have done after the shoe racks have been placed on the bath looks amazing,” she says.

She’s right on both counts. Kmart alone has inspired many of these groups – Kmart Mums Australia has 340,000 members; Kmart Lovers Australia, 213,000; and both Kmart Hacks and Decor and Kmart Home and Hacks are each close to cracking the six figure mark as well – and the bath hack has been popular in them all.

Other people have purchased multiple shoe racks to cover their entire baths, some have painted them and others have taken the idea but used a large slab of MDF (medium density fibreboard) or a fence panel from Bunnings instead. Many then proudly post their results in these groups, which are usually styled with homewares from a range of these discount retailers. The shoe racks, when assembled, are also re-purposed as coffee and baby bottle stations on kitchen benches.

It was 50 years ago this April that Kmart opened its first store, in Burwood East, at a time when department stores had cafes on-site but now such quaint traditions have given way to the fury-inducing automated self-serve checkouts and this cult status online.

It never used to be this way. There was a time when shopping there was kinda daggy, or something you wouldn’t really admit to, but now their affordable and very much on-trend homewares have created a small army of not customers so much as devoted, vocal fans, gathering in these Facebook groups shouting their loyalty from the virtual rooftops of their ‘Kmart and beyond’ decorated spaces. (It’s a similar story on Instagram, where @Kmart_bargains has 330,000 followers and @kmartgrapevine has almost 70,000.)

“The evolution of Kmart Home began back in 2006,” says Kmart's design manager of living, general merchandise & active, Kate Hopwood. “This was the time we decided as a business that we needed to become more design-led … to design and curate our own collections; allowing us to pull together key looks more easily and provide our customers with total home solutions, that align back to mass market trends.”

This was also the time Ikea-hacking, which was spearheaded by Malaysian-based Jules Yap and her site Ikeahackers.net, was taking off as a global trend. It is said that every three seconds a Billy bookcase rolls off Ikea’s production line. While it’d be nice to be able to drop a brick-sized wad of cash on a counter and walk out with a genuine Eames, the reality for many people is that our homes are furnished with flat-packed pieces.

Hacking – modifying an item’s aesthetic appearance, function or both – has become an increasingly popular way to personalise these mass-produced items and create our own bespoke interiors on a budget.

Kmart has clued into this, and the fact that these online fan groups (which claim to have no official affiliation with the store and are separate to the retailers' own social media sites) are effectively doing free marketing is the reward for understanding their customer base and providing what they want, says communications expert Jane Caro. 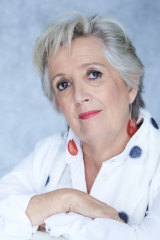 Jane Caro: these endorsements are pricelessCredit:

“Consumer endorsement, which is not bought and paid for, which is not a testimonial in an ad, not in any way manipulated by the marketer, is priceless”. This spontaneous product endorsement from your target market is “the gold standard”, she says, and what every business is aiming for.

Five years ago, in what can only be described as a PR bungle given the public outcry it caused, Ikea got this wrong when they issued Yap a “cease and desist”, however that has since been resolved.

Caro says smart retailers should not in any way intervene in these groups. “Read them, take what they’re telling you seriously, gain the knowledge,” she says, but any interference will “kill the golden goose”. To that end, Hopwood says Kmart “absolutely love” how their customers hack their products. “As a designer, it is really special to see how our products come to life in different spaces, locations and with clever customer hacks. Every day I’m amazed by how incredibly creative and talented our Kmart community is,” she says.

And then there are groups such as Ikea, Kmart, Target, Big W, Aldi, etc – Hacks and Product Reviews Australia (13,000 members) and Instagram’s @kmart_and_op_shop_addiction, with 27,000 followers, where participants chat about all the discount retailers.

Design expert Jen Bishop runs the website Interiors Addict, which is billed as “Australia’s leading interiors and renovating site for the everyday person”. While her site promotes Australian designers and “the aspirational stuff that is more expensive” she also shares the latest seasonal offerings from these stores in unpaid posts “because I can see on my analytics that people want to read about this stuff so we try to provide options for people of every budget”.

She sees Target and Kmart on par with each other. “They are both trying equally  hard to capture that homewares market and I think they’re both doing a good job of that,” she says. Target’s dominant interior aesthetic leans towards luxe, with velvets and metallics, while Kmart is more Scandi, she says.

Big W has gone for more of an industrial take, although it is a “bit later” to the homewares party generally. “But in the last six months they have been making more of an effort there in small furniture pieces as well as homewares,” she says.

Aldi, with its time-sensitive, limited edition special buys, has generated its own buzz among brand-loyal followers while Bishop sees Ikea as running its own race. “Ikea is a bit different because they will always have a very Ikea look, which they are true to and they’re not as trends-driven and they are known for being affordable but still a good expectation of quality for the price,” she says.

Regardless of where products are purchased, these are very active and engaged communities, especially useful for both budget and time conscious parents. Stay-at-home mother of five Jessica Case, who is in both Target Mums Australia and Kmart Mums, doesn’t feel any loyalty to one particular store, however shops at what she calls “The Big Three” – Kmart, Target and Big W.

“These groups are fantastic for me to keep abreast of upcoming specials," she says. "For example, I know the date for the Big W toy sale is 20th June and the catalogue should be out towards the end of the month. I can see tried and tested products, recommend by others, which is brilliant when you’re on a tight budget. I don’t want to spend money on things and they don’t live up to expectation. There’s nothing better than a product review complete with photos and description, followed by a thread of comments from others with the same product telling me the good, the bad and the ugly to give me the best idea of how a product performs in real life,” she says.

A Target Mum member, who spoke to M Magazine on the condition of anonymity, is both a Target “patriot” and employee. Personally, she loves how “inclusive and supportive” the group is, while professionally observing honest customer feedback has been useful when ordering stock. “More importantly, I've pinched some amazing styling ideas from Target Mums to merchandise and display in my own store.”

Many are here for this reason – getting styling and DIY inspiration. Sarika Sharma modified an Ikea wardrobe fitting it with Ikea shoe boxes turned on their sides. To her surprise, thousands of people liked the pictures she posted. “The response was very encouraging,” she says. 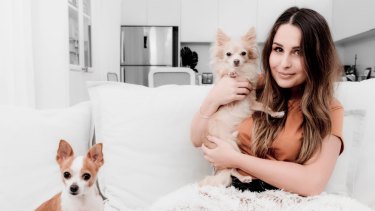 There’s some cross-pollination among these groups and members' own individual Instagram accounts, too. Carmen Strong, who immaculately organises and styles all areas of her home using items from Bunnings, Spotlight, Adairs, Ikea, Kmart and more, posts the results in both these groups and her own Instagram account @littlestronghome, while Instagrammer Ashlee White (@_ashlee_white_) has taken that up another level, by also running her eponymous YouTube channel to share the step-by-step process of turning placemats into pillows, making clay beaded tassles and hacking plant stands with jute rope.

“I started fixing up thrifted finds, sourcing affordable decor pieces and coming up with ways to hack decor pieces to create more variety in my home. It brings me so much joy being able to share my creativity with others. I started my YouTube channel to show people that you don’t need a big budget to have a well dressed home,” she says.

There’s hundred of thousands of us who agree.