Home » Lifestyle » Should you give your children tough lessons?

Should you give your children tough lessons?

As a dad challenges his nine-year-old to open a tin of beans or starve: Should you give your children tough lessons? 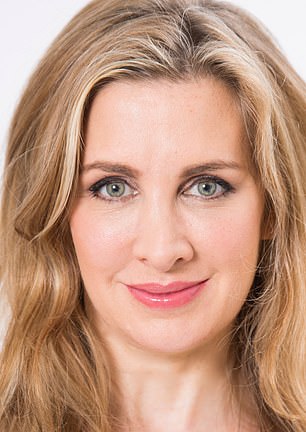 One Sunday morning when I was nine, my father summoned me into his study, sat me down and instructed me to write down all the seas I could find on the globe that had been my birthday present that year.

As a bright and inquisitive man, I have no doubt he thought he was teaching me a valuable life lesson.

I can’t remember any of the names of those seas, but I can still see the tear-stained sheet of paper in front of me three hours later, when he kept telling me that I still hadn’t found enough.

I am sure if he had suggested it as a challenge that we could have tried together, it would have been a lovely childhood memory of discovery with my late dad.

But even now I can still remember the sense of betrayal that the man I relied on to look after me could be so harsh.

So I am wondering what the nine-year-old daughter of U.S. musician and Twitter personality John Roderick will think when she grows up about how he first ‘taught’ her to open a tin of baked beans.

While it might otherwise have been a fun experiment for ten minutes, until he showed her how it was done, making this hungry little girl persevere for six hours until she wept tears of frustration — and then crowing about it on social media — is, in my view, emotional cruelty.

This is the worst kind of authoritarian parenting — all about the power trip of the adult, and nothing to do with the developmental needs or feelings of the child.

When they are small, research shows children exposed to this brand of ‘tough love’ grow up feeling ashamed and too scared to ask for help. When they are teens, they rebel. They become secretive to avoid more punishment and pull away to avoid more criticism.

A host of studies have also shown they are more likely to bully others in the way they have been bullied by more powerful adults and even become depressed in later life because their needs were ignored.

The contract you sign when you are a parent is to love, comfort and teach children how the world works, not throw them in at the deep end.

When my teenage daughters were little, I didn’t expect them to work out for themselves how to tie their own shoe laces or ride a two-wheeler bike, while I watched them struggle from the sidelines.

I showed them how these things were done so they could practise them and do them independently.

We need to remember that parenting needs to be a partnership. Not a power struggle. 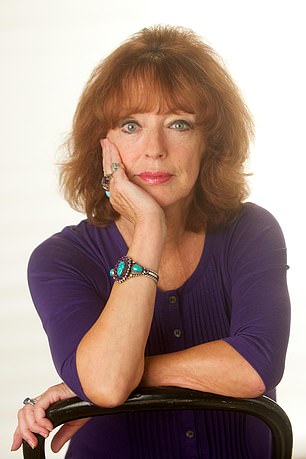 Really, I don’t think ‘Bean Dad’ was entirely right to let his nine-year-old daughter struggle for hours with a tin opener.

It wasn’t her fault she’d never been taught how to open beans, so he should have shown her. But I do believe ‘tough love’ is badly needed for a generation infantilised by over-protective parenting.

Since overindulged princes and princesses rule the roost at home, no wonder they resist authority in school. Taken to a restaurant they run riot while the hapless parents just watch. They all need a dose of tough love — with no spoonful of sugar to help it down.

When people had big families, the older boys went out to work at 14 while the girls looked after the little ones, changing nappies and cooking meals. No choice but to take responsibility. The concept of a special, privileged time called ‘childhood’ is relatively modern: once kids had to learn their lowly place in the adult world, be quiet and listen, do as they were told. Putting a child on a pedestal was frowned on and the language of disapproval was significant.

A child would be dubbed ‘spoilt rotten’ or ‘ruined’ — language that displays a correlation between indulgence and moral decline. Without discipline (which takes real effort) you’ll harm your child’s character.Look at the way brave young people cope when they have to — and how it makes them grow.

In Britain, around seven per cent of young people do a lot of caring, most often looking after a parent or sibling with a disability. They wash clothes, cook meals, clear up, and their love is genuinely ‘tough’ because they have no choice. Those young heroes just get on with it.

My parenting style was both laid-back and strict. I didn’t fuss, but I did expect to be obeyed. When my first child was born, a friend warned I’d have to move all the books up from the low shelves.

‘Why?’ I asked. ‘Because he’ll scribble on them,’ was the reply. ‘No child of mine would dare,’ I said firmly, and that’s how it was.

Give your children the gift of tough love and you prepare them for a tough world. Start by demonstrating that tin opener!

Children, give, should, You, Your
Celebrities