Home » Should you sign a prenup before you tie the knot?

Should you sign a prenup before you tie the knot?

As lawyers say demand for the legal document is booming: Should you sign a prenup before you tie the knot? 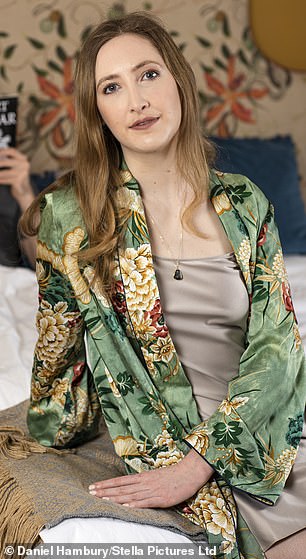 Flora Gill (pictured) says divorce can be messy and painful, but a prenup can make things a little simple

Signing a prenup isn’t unromantic, it’s practical. Almost half of all marriages now end in divorce. That’s a huge number. You’d never get on a rollercoaster that broke half the time or eat a dish that only poisoned half the consumers. So while nobody goes into a marriage expecting it to end, are you really too deluded and arrogant to admit you might be in that unlucky 50 per cent?

People often feign shock at the idea of a prenup before a wedding. How can you enter a marriage thinking it might fail? The answer is the same way I put on a seatbelt even though I hope and believe I won’t crash. There’s nothing you can say about the skill of a driver or the robustness of the car that won’t still have me buckling up just in case.

So I would happily sign one, and I think most people my age are less horrified to do so than in previous generations. Unlike those before us, we’ve watched our parents and their friends battle through divorce and it’s made us more pragmatic.

In fact, I don’t really see how anyone could object these days. Is it because it’s an unsexy legal document? Erm, what do you think a marriage is? At its heart it’s a contract. If you don’t want to bring the law into your nuptials, just have the party without the marriage. Otherwise, simply add a couple of extra pages and signatures to the end of that paperwork.

Why not make signing a prenup the default? Surely it’s only those who refuse to sign one that are suspicious — if you never break up, it’s never relevant.

The mistake people make is assuming such a contract leaves the less well-off party with nothing. But that’s not the case. What you shouldn’t do is sign without some angry-looking lawyers negotiating on your behalf — know your worth. Prenups aren’t just for celebrities and CEOs and they’re not just to protect rich old men from the stereotyped gold digger — many women have worked tirelessly to build businesses they may want to safeguard, or they could have children from a previous marriage they want to protect.

Divorces can be so horribly messy and painful, yet a prenup can make things a little simpler. Isn’t it better to discuss how you would go about splitting up from a position of love, rather than potentially doing it later from a place of hate?

A prenup might not sound romantic, but a marriage isn’t all romance either. It’s compromise with a lot of big decisions. There’s a million other difficult conversations that will need to be had throughout your life together. And if you’re not ready for the serious discussion of what happens if the worst occurs, then you’re not ready to get married. 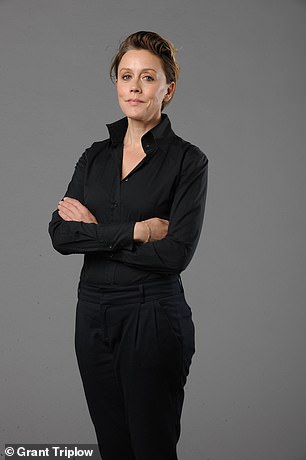 Romance doesn’t necessarily make a marriage last, but it sure helps an engagement turn into a lovely wedding. Prenups are like Domestos, killing all known germs of hope and romance dead.

Once, at a smart wedding with no expense spared, I was seated next to the family lawyer, and the talk was not of the astounding floral arrangements. ‘They’re a brilliant couple, aren’t they,’ I said, clapping in delight at something funny in the groom’s speech. ‘Mmmn,’ he said, cynically, ‘I did the prenup.’

He said nothing more but from then on the wedding stank, despite the cascades of tuberose, sweet peas and lily of the valley.

Prenuptial agreements are one of the most miserably unromantic concepts known to humankind.

The very thought of the thing makes me feel queasy. All it semaphores is that someone has more money than the other and has siloed off a part of their mind dedicated to the marriage failing.

Marriage requires self-awareness, patience, in some respects it is like a business partnership, one enriched with love, sex, family, pets, gardens and deep friendship.

The shared interests that accrue within it can’t be predicted by a lawyer before it has even begun. Financial resentment in a relationship is depressing to witness and a prenup ensures everyone gets a head start with that one.

The world over, British divorce courts are considered extremely fair. Should the marriage end, why not let the law, honed over centuries, sort it out rather than inviting family and legal teams into bed with you before you’ve even put a ring on it?

For many people marrying into serious money, there’s a team of lawyers and accountants, as well as the senior members of the family to contend with, too. There’s been a lot said about Bill Gates in recent months. But I like him a whole lot more after hearing he had no prenup with Melinda.

Despite already being one of the richest men on earth when he married her in 1994, the man who proposed to his future wife with a whiteboard presentation didn’t make her sign a prenup. I admire them both for that. Lawyers are said to be agog that he didn’t want to protect his cash and assets, but, to paraphrase Mandy Rice-Davies, ‘They would say that wouldn’t they.’

Why bother getting married if you aren’t fully committed to it lasting a lifetime? If marriage seems a temporary arrangement from the outset, which is reasonable to expect given the divorce rate, then social mores allow cohabitation these days. It’s what I did.

And as for that fragrant wedding? QED? The marriage ended.