SIMON WALTERS: Why I believe this Budget means Boris Johnson will go to the polls in less than two years

Until it was banned in the 19th century, politicians regularly bribed people to vote for them with free drinks.

A cynic might say Boris Johnson’s Budget suggests he is planning to do just that.

Pub landlords were quick to complain that the cut in alcohol taxes announced by his Chancellor Rishi Sunak does not come into effect until February 2023.

That’s a long time to wait for a drink – but perfectly timed if you want to win popularity going into a General Election.

And what better way of doing it than by cutting the cost of booze a few months beforehand?

The Budget has convinced many Tory MPs that the Prime Minister is planning to call an election at least a year ahead of the December 2024 deadline. 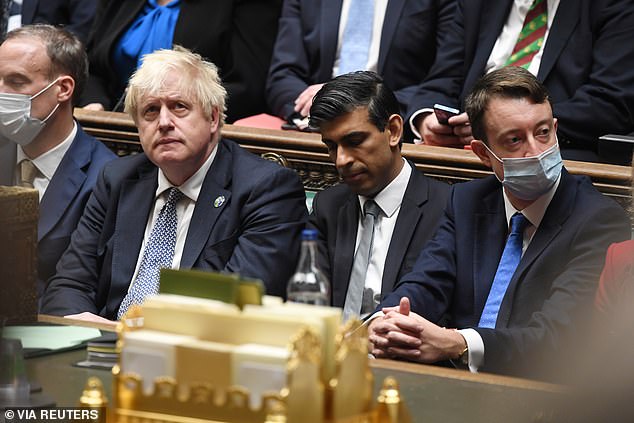 Indeed, such was the scale of the multi-billion-pound giveaway that, extraordinarily, the talk among Tory MPs in the Commons tea room yesterday was of a possible 2022 election.

I don’t think any prime minister, not even an arch risk-taker like Boris Johnson, could get away with that.

However I do believe the General Election could be less than two years away.

I see the decision of the Prime Minister and Chancellor to conspicuously withhold £20billion of the £50billion ‘windfall’ in Treasury coffers generated by stronger than expected growth and the rise in national insurance as further evidence of this.

The imminent abolition of the Fixed Term Parliament Act, introduced by David Cameron and Nick Clegg’s coalition administration, means that Mr Johnson will have the luxury of being free to call an election whenever he pleases –within the maximum five-year parliamentary term.

This political trump card was used to great effect by the two most powerful prime ministers of the past 50 years, Margaret Thatcher and Tony Blair.

Both chose twice to go to the polls after four years and won convincingly each time. Two of the weakest prime ministers, John Major and Gordon Brown, held on until the last minute – and lost. 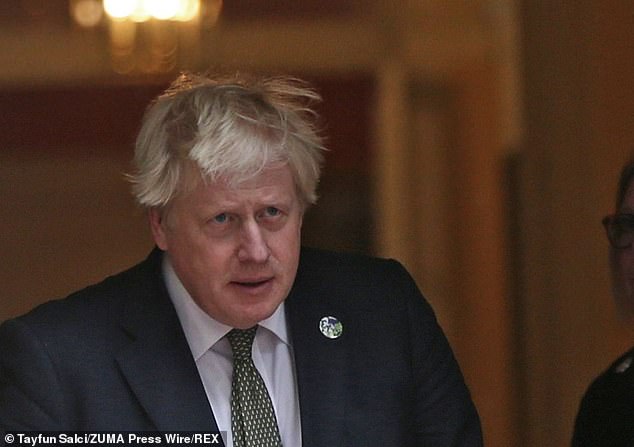 Delaying until the full five years is up increases the risk of a sudden crisis hitting a party’s prospects –with no electoral escape hatch.

The timing of the December 2019 Brexit crisis poll has thrown the usual UK election cycle out of kilter. General elections are customarily held in the spring, or sometimes autumn.

But a 2024 election would leave Mr Johnson dangerously little wriggle room if the Government is unexpectedly blown off course.

And for all the trademark ‘boosterism’ he displays in interviews there is a growing consensus –shared privately by many ministers – that the post-pandemic recovery will have petered out by 2024.

By calling an election in the spring of 2023, or possibly the autumn, after constituency boundary changes giving the Tories up to an extra ten seats come into effect, Mr Johnson avoids that peril.

If he won, cheered on by voters in former Labour ‘Red Wall’ seats supping pints of subsidised ‘Boris beer,’ and Middle England Tories placated by tax hand-outs, he would be secure in Downing St until 2028.

Aged 64 by then, he would have served a highly respectable nine years in power with more than enough time and energy left to earn the fortune he craves by writing books and speaking on the after-dinner circuit.

I am told that Conservative officials are drawing up plans to select candidates for the next election ahead of schedule to be ready for an early election.

One veteran Conservative figure put it bluntly: ‘We have to call an election before the **** hits the fan in ’24-25.’

The worst of all options for a prime minister is to foster such speculation – and then chicken out as Gordon Brown did after allowing his aides to talk up an early election in 2008.

He was forever branded a ‘bottler’. Gambler Boris Johnson is less of a bottler, more of a bolter – in more ways than one.

Intriguingly, I am told that Isaac Levido, the Australian polling guru who engineered Mr Johnson’s victorious 2019 election campaign, has been going out of his way to dampen talk of a 2023 contest.

That doesn’t mean that it won’t happen.

Budget, Simon, This, WALTERS:, why
Celebrities