Gettin’ jiggy wit it! Six-year-old dancer takes the internet by storm with her feisty moves, as celebrity fans like Will Smith go wild over a video of the sassy youngster busting a groove

An adorable six-year-old from South Africa has taken the internet by storm with her dance videos — as even Will Smith, Jada Pinkett Smith and Chris Evans have posted videos of the young girl busting out moves in the street.

Ivanah is a young dancer from Port Elizabeth, South Africa, and has found internet fame through her incredible videos showing off her dance skills.

In one video, the six-year-old was filmed breaking it down to Paga A Bebida Da Bela by DJ BBoy, and it caught the attention of Jada Pinkett Smith over the weekend. 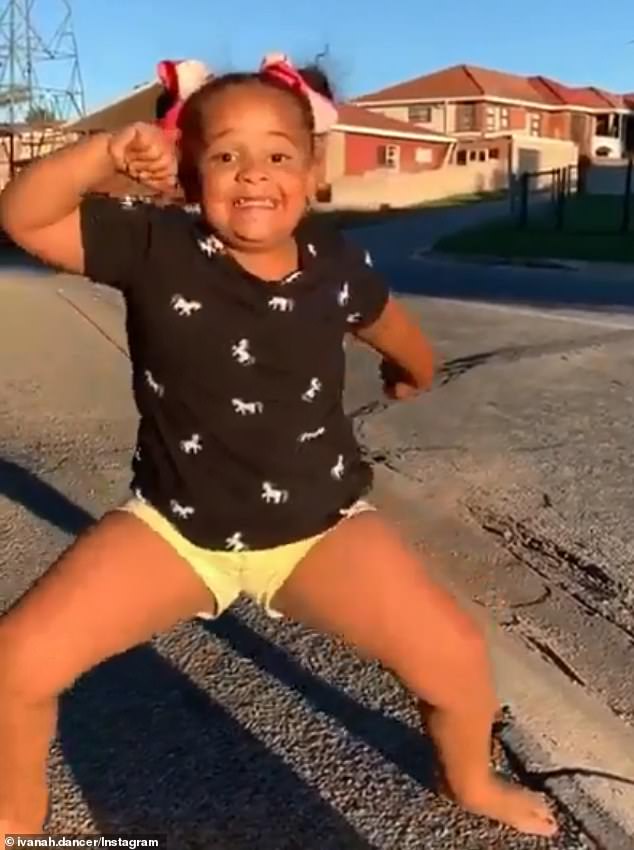 Skills: Ivanah from Port Elizabeth, South Africa, appeared on both Will Smith and Jada Pinkett Smith’s Instagram pages for her amazing dance skills 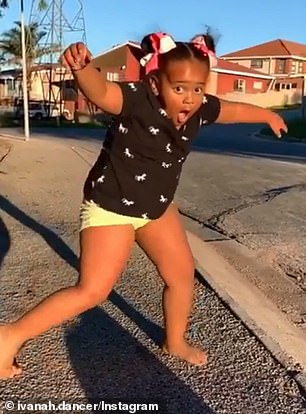 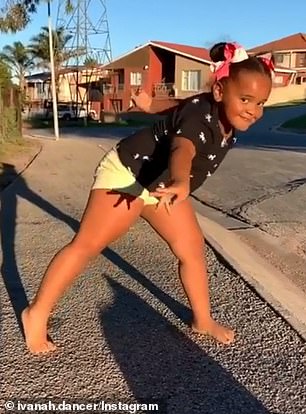 Breaking it down: The six-year-old is often filmed dancing near the street in her hometown 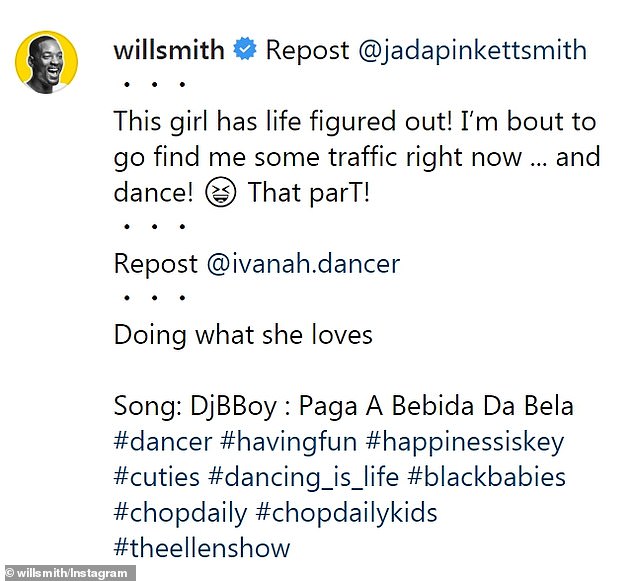 Impressed: Celebrities including Jada Pinkett Smith and Will Smith shared a video of Ivanah on their own Instagram pages

Fan: Mario Lopez commented on the video shared by Will exclaiming how he loved the dancer

The actress, 47, shared the video with the caption, ‘This girl has life figured out! I’m bout to go find me some traffic right now…and dance!’

Jada was referencing how the young girl looked as though she could almost stop traffic with her dance moves while dancing in the street of her hometown.

Sharing the video on her own Instagram page inspired Jada’s husband, Will, to also show his followers the amazing dance moves of Ivanah.

Celebrities including Mario Lopez, Ashley Nocera and Zuleyka Rivera all commented on Will’s Instagram video and expressed how talented they thought the young girl was at dancing.

‘Love her,’ Mario wrote, while one commenter described the young girl as a ‘mood all day’ for her dancing.

Another person jokingly commented: ‘This was me, all weekend.’

And this is not the only video, which has since been viewed more than 11 million times, shared of Ivanah in recent weeks.

Most recently a video was shared of Ivanah dancing to Juice by Lizzo, and it also sparked attention from the public and garnered more than 57,000 likes online. People commented on the video wanting to know how Ivanah got all her dance skills and if the dance routine was choreographed prior to filming.

‘I am in love with her joy of movement,’ one fan wrote. ‘Wait, I must know, is she freestyling or does she or someone else choreograph?’

Ivanah actually has a dance coach who works with her on her choreography. Her Facebook page includes multiple videos of the young girl dancing with the coach and learning new moves.

But it remains unclear if the coach helps choreograph the routines filmed of Ivanah on her own.

Another person commented on the video, writing: ‘You brighten up my day Sunshine.’

The video also inspired singer Lizzo to also share an article from Good Morning America on her own Twitter page about the young girl so followers could see her moves. ‘INVITE ME & IVANAH ON THE SHOW SO WE CAN PERFORM JUICE TOGETHER,’ Lizzo wrote, implying Good Morning America should bring in both Lizzo and Ivanah.

The Avengers star Chris Evans later shared Lizzo’s tweet, writing: ‘This kid is cooler than I could ever hope to be.’

It appears the dance fame is just the beginning for Ivanah, as more and more people around the world start to notice her dance videos.