A size 20 woman in a ‘mixed-weight relationship’ has revealed how she has been subject to abuse from strangers and workmates for having a slimmer boyfriend.

Vicky  Lowdell, 26, from Romsey, who weighs 13st 13lb and fits a dress size 20, has been dating fellow retail worker Tom, 27, who weighs 11 st, for the last four years after meeting online.

But Vicky said strangers have been cruel about their romance,  with some suggesting Tom is out of her league because of their difference in weight.

The 26-year-old retail worker, who confessed to having ‘an extremely sweet tooth’, told The Sun:  ‘I overheard a woman I know, on meeting Tom for the first time say, “That Vicky is really punching”…another [workmate] said: “I can’t believe he would want to date her.” 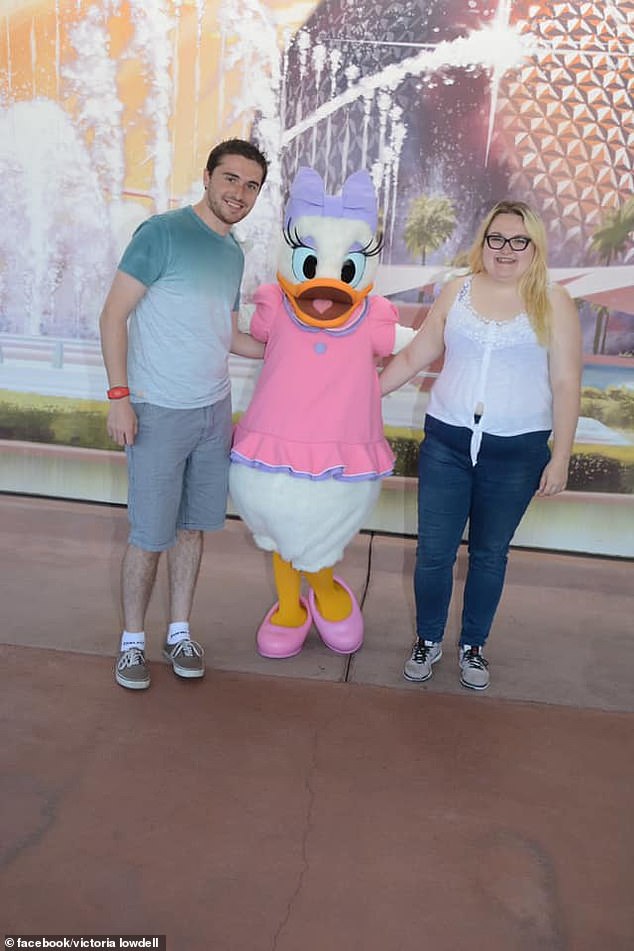 Vicky Lowdell, 26, from Romsey, who weighs 13st 13lb and fits a dress size 20, has revealed the abuse she has received from strangers for dating fellow retail worker Tom, 27, who weighs 11 st (pictured together) 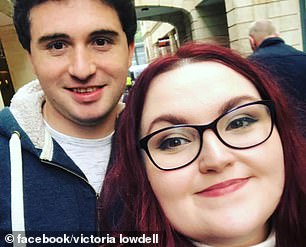 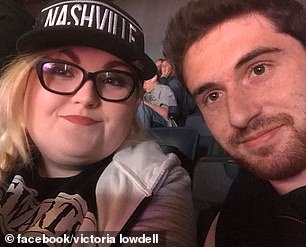 After meeting online in 2017, the pair quickly started dating and fell in love, despite their difference in size (left, and right) 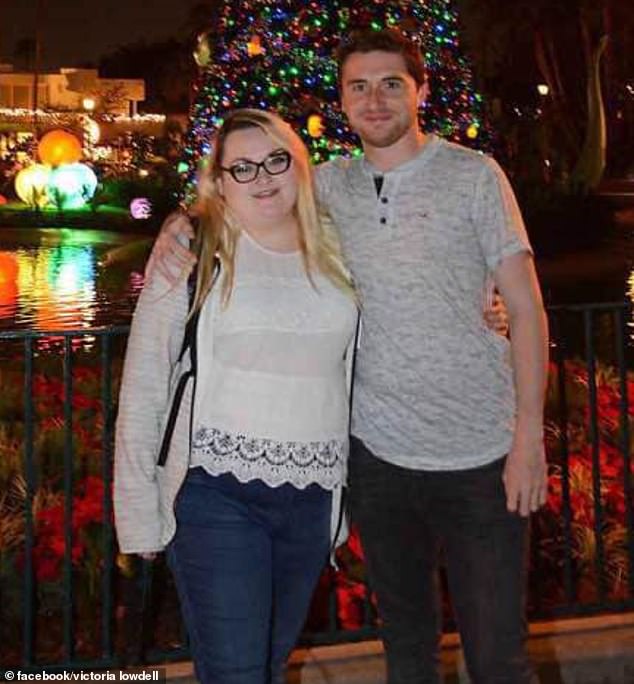 But Vicky said strangers have been brutally cruel about their romance, looking at her with ‘disgust’ when they realise the pair are a couple

Vicky was left devastated after receiving abusive messages online from strangers while looking for love on dating apps.

As a size 18, she said she was sent ‘horrible’ texts from men critiquing her weight and size.

Going on dates wasn’t any better, with Vicky explaining many men had no interest in actually getting to know her and only ‘wanted sex.’

Vicky said her self-esteem was ‘shattered’ after being ‘called fat repeatedly’ and she ended up quitting online dating. 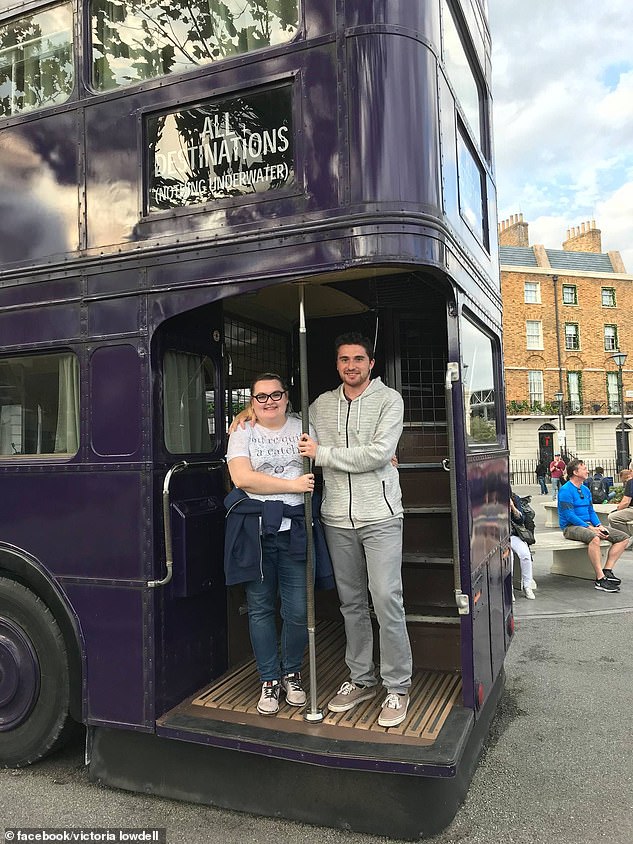 Vicky said her self-esteem was at an all time low when she met Tom for the first time, and she continually questioned why he would be attracted to her 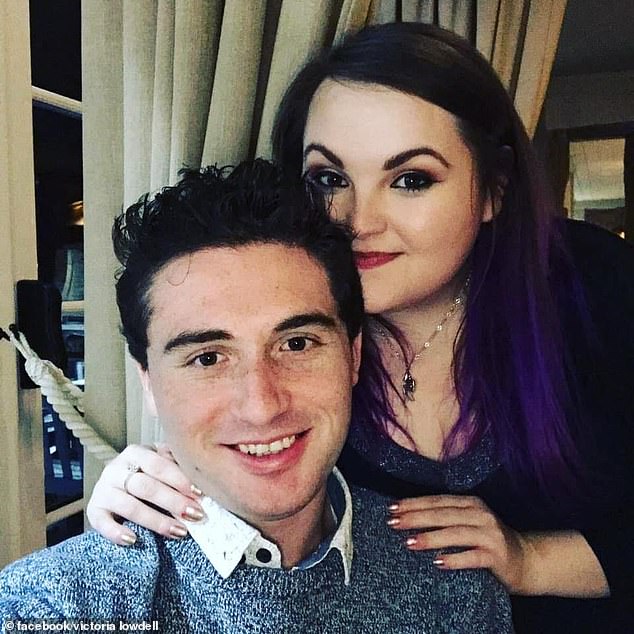 The 26-year-old revealed the pair quickly fell for one another, and even slept together after their first date 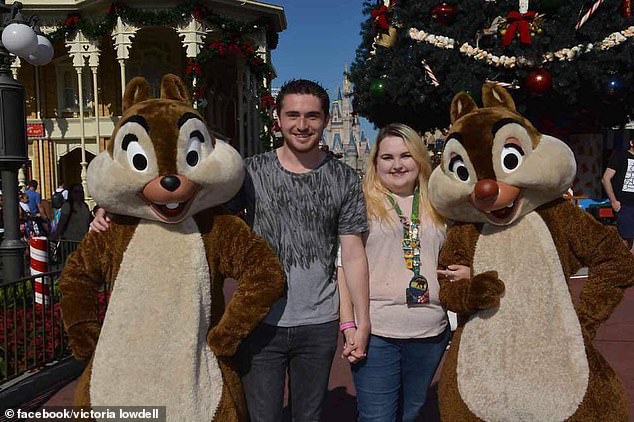 Vicky said she felt ‘shattered’ after overhearing a woman saying that Tom was out of her league, while others questioned why Tom would date her

However her friends, who were desperate to set her up with a lovely man, took her phone before sneakily swiping right on a number of men for her.

WHAT IS POLYCYSTIC OVARY SYNDROME?

Polycystic ovary syndrome (PCOS) is a common condition that affects how a woman’s ovaries work.

The three main features of PCOS are:

She ended up matching with Tom and confessed she felt attracted to his ‘nerdiness’, before he sent a ‘really nice message’ asking her to dinner straight away.

Vicky, who would normally address her size in messages to potential suitors, decided not to bring it up with Tom, and said she immediately felt at ease with him.

She called the conversation easy and said the laughs ‘came quickly’, even revealing the pair had sex ‘that night.’

The couple quickly fell in love, but Vicky couldn’t help but be hampered by insecurities.

She said she would ask her partner, ‘aren’t I too fat for you?’ and was stunned by his attraction to her, adding: ‘I was a blooper whale and he was a little squirrel. It didn’t make sense in my head, even though I knew we got on really well and had loads in common.’

And sadly she has received abuse online after their relationship, with trolls branding her ‘fat’.

Vicky, who currently weighs 13st 13lb and fits a dress size 20, has been trying to lose weight, despite her size mainly being a result of polycystic ovary syndrome (PCSO), when harmless follicles grow on the ovaries and which can cause weight gain.

She is now on a calorie controlled diet because she is determined to ‘be healthier’.

Vicky is able to joke about her size with Tom and said she feels ‘really happy’ with her partner who she ‘knows fancies her’.

Meanwhile Tom added: ‘I don’t view Vicky as overweight or bigger, I just see her as someone I fell in love with and I think for you to fall in love with someone they need to be the person you can connect with, fully trust and be 100 percent yourself around.’ 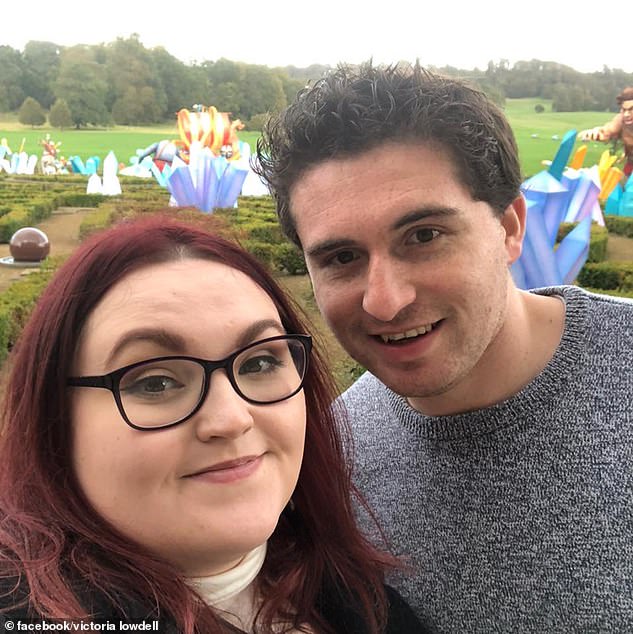 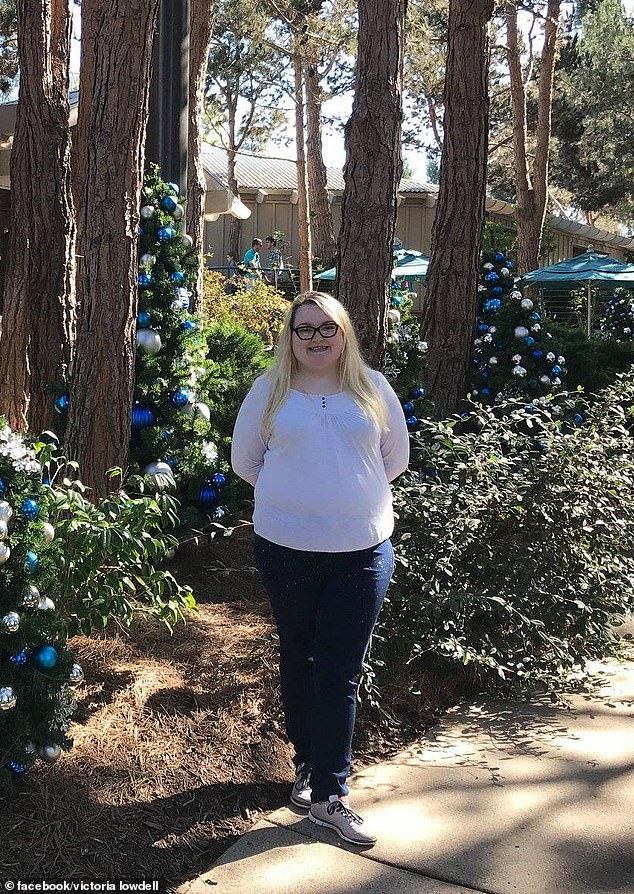 Vicky, who currently weighs 13st 13lb and fits a dress size 20, suffers from polycystic ovary syndrome (PCSO), when harmless follicles grow on the ovaries and which can cause weight gain 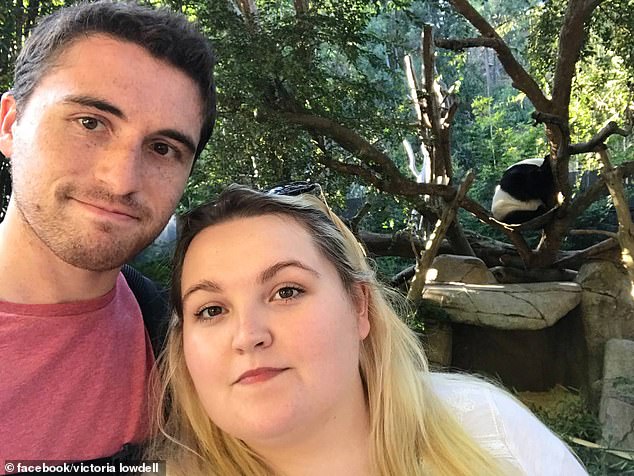