Home » Lifestyle » Spoilers: Family fear for fragile David as he loses it in Neighbours

Spoilers: Family fear for fragile David as he loses it in Neighbours 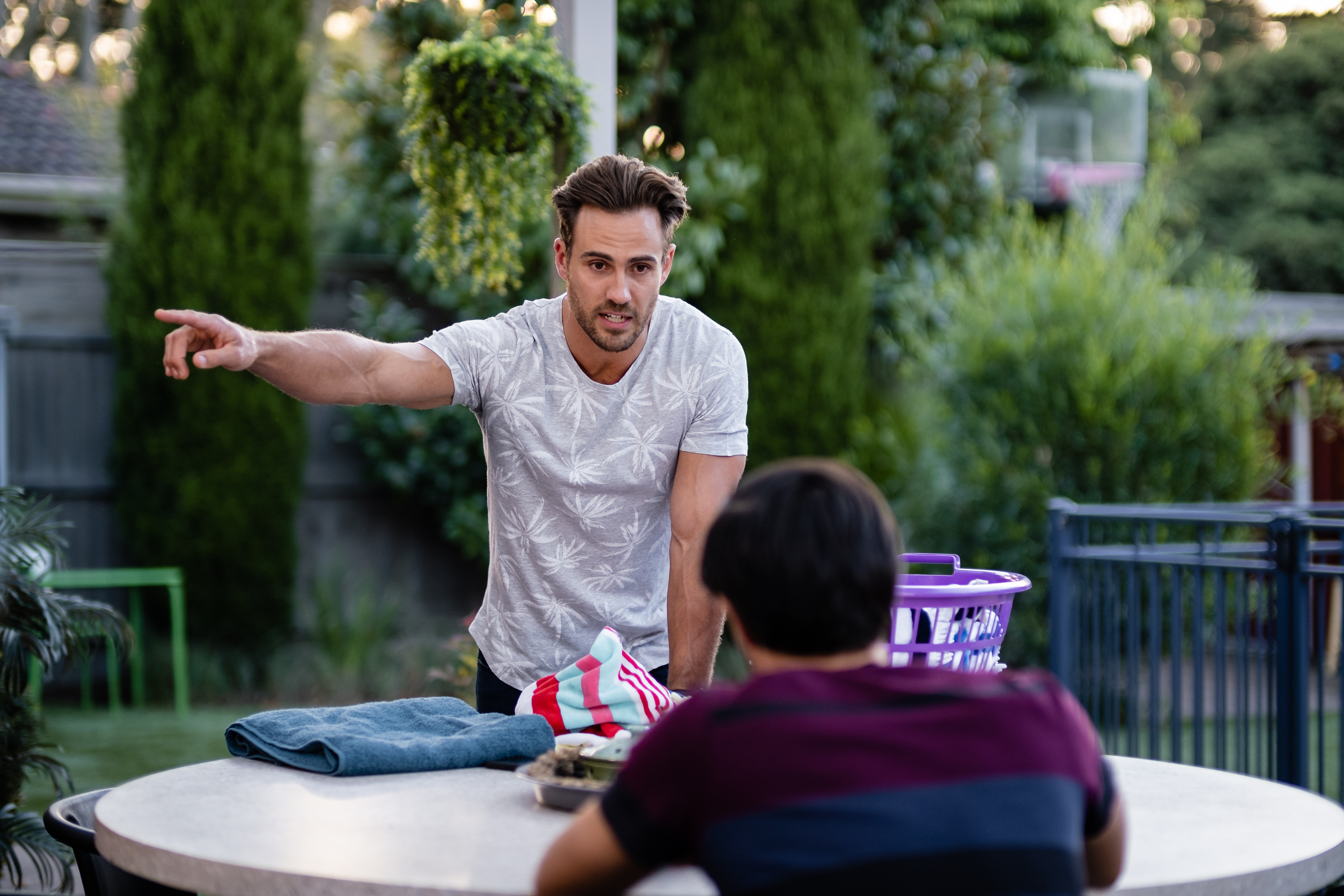 With the worry over pregnant Nicolette (Charlotte Chimes) disappearance and his family falling apart around him, David (Takaya Honda) is quickly becoming someone no one recognises in Neighbours.

Signs things were not A-OK in David began to surface when he unleashed the violent streak no one knew he had on his brother. After David learned Leo (Tim Kano) had intentionally broken up Chloe (April Rose Pengilly) he lost his cool and flung his fist at Leo’s face. But that, as it will turn out, is just the tip of the iceberg.

The search for Nic goes on, and David is struggling to cope. He’s quickly becoming unstable and losing control, which becomes evident when he becomes too intense in his desperation to find their surrogate.

But while David is battling to keep a grip on reality, Chloe is off getting close to Leo again and while it previously transpired the pair hadn’t slept together when it looked like they had, they might be about to finally cross that line. With David being so fragile, this could just about finish him off.

Just as Chloe and Leo get close to crossing the line, Chloe has a sudden moment of clarity and realises Nic is the one she wants, but is it too late?

Unable to cope with his emotions and complicated feelings of loss, David loses it at Nicolette’s obstetrician. Karl (Alan Fletcher) clocks this and suggests he give himself a break from work, it’s not cool for a doctor to behave that way. But if Davi thinks he’ll be returning home to love and support, he’d be wrong.

Aaron (Matt Wilson) loses it himself when he reaches his last nerve over David’s destructive behaviour. Can they unite in a bid to rescue their family?