Home » Lifestyle » STEPHEN GLOVER: Is this Cabinet reshuffle enough for hard road ahead?

STEPHEN GLOVER: A flash of steel. Dead wood gone at last. But is this Cabinet reshuffle enough for the hard road ahead?

Boris Johnson has earned the reputation of a politician who yearns to be loved, and sometimes struggles to make difficult decisions.

Time and again he has been criticised for sparing errant Cabinet ministers who might have been quickly despatched by a more cold-hearted Prime Minister.

Yesterday a different Boris was on display. Gone was the easy-going PM who has tolerated failures and mediocrities, and presided over a Cabinet that hardly seemed crammed with sparkling talent.

In the event, the Prime Minister sacked or moved more senior ministers than had been expected, and he has significantly re-shaped his top team. 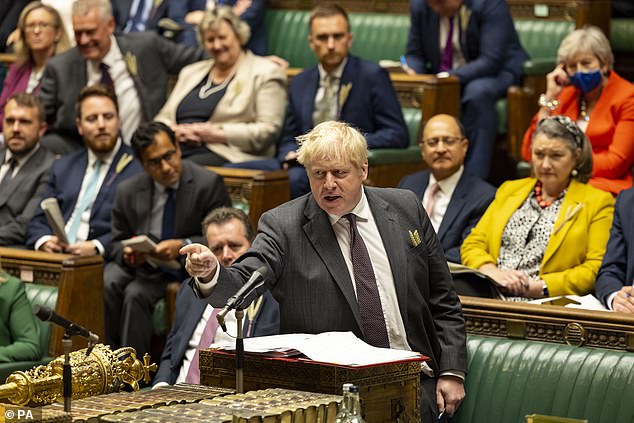 If there was a glimpse of weakness, and of the genial Boris shying away from confrontation, it came in his indulgence of Dominic Raab, who was not at all happy with his well-deserved demotion

Moreover, he did this largely on his own. Though No 10 may deny it, it’s hard to imagine that his politically involved wife Carrie didn’t offer some advice as to where to wield the knife — and where not. But there was no Dominic Cummings — widely seen as the more ruthless man — standing at his shoulder, telling him what to do.

Nor should it be forgotten that Mr Johnson put himself through a taxing and exhausting experience only two days after the death of his mother, whom he loved. That must have taken some grit.

If there was a glimpse of weakness, and of the genial Boris shying away from confrontation, it came in his indulgence of Dominic Raab, who was not at all happy with his well-deserved demotion.

Uprooted from the grandeur of the Foreign Office to the more humdrum Justice Department, Mr Raab secured the compensatory baubles of Deputy Prime Minister and Lord Chancellor.

Mr Johnson’s pliability recalls Sir Keir Starmer’s recent attempt to get rid of his deputy Angela Rayner, only to meet resistance from her which necessitated showering her with new titles. How Boris amused MPs by mocking Sir Keir’s back-tracking. 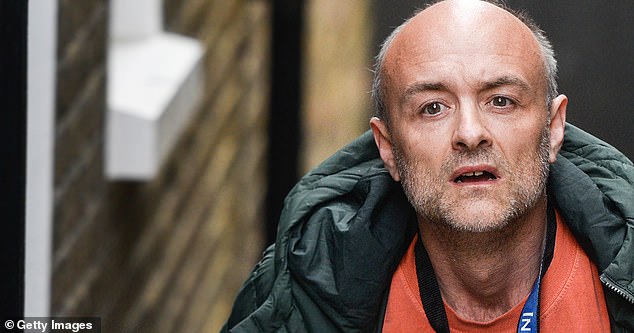 There was no Dominic Cummings — widely seen as the more ruthless man — standing at his shoulder, telling him what to do

But this was the only obvious glitch in a series of clear-headed decisions which left the Prime Minister in charge of what is a more competent Cabinet with fewer weak members.

Quite how the reshuffle will fulfil Mr Johnson’s ambition of ‘uniting and levelling up the whole country’ is not easy to say. But a stronger Cabinet should lead to better government, though I don’t foresee a miraculous transformation.

Let’s examine the improvements. The removal of the hapless Gavin Williamson as Education Secretary is a great bonus. One of the weakest Cabinet ministers in recent memory — which is saying something — he owed his position to his role in Mr Johnson’s 2019 leadership campaign.

He is said to be an inveterate schemer. Well, let him plot away on the backbenches, as he surely will. His replacement, Nadhim Zahawi, who was an effective minister in charge of the Covid vaccine rollout, is bound to do better.

Dominic Raab may not have been over-promoted at the Foreign Office but he is a haughty and inflexible man who was unable to grasp how he had fouled up over Afghanistan — refusing to telephone the Afghan Foreign Minister while on holiday in Crete, and then declining to return early to London.

His successor at the Foreign Office, Liz Truss, is the biggest winner of the reshuffle. Once considered a lightweight, this darling of the Tory grassroots has acquitted herself well as International Trade Secretary, signing numerous post-Brexit trade deals.

Interestingly, she holds robust free-market views on the economy, and only on Tuesday delivered a speech warning of the perils of high taxation and an over-mighty state. As a very senior minister she could be a useful corrective to Mr Johnson’s increasingly statist views and high-spending proclivities.

As she did a good job as International Trade Secretary, it’s reasonable to hope that she will prove a capable Foreign Secretary, and be guilty of fewer gaffes than Mr Raab.

Robert Jenrick has, thank goodness, been sacked as Secretary of State for Housing, Communities and Local Government. He was intent on concreting over England’s green and pleasant land, and accused of intervening to approve a housing development in London proposed by Richard Desmond, a Tory donor.

Michael Gove, his replacement, is a more subtle character who will be sensitive to the concerns of people in Tory constituencies about unfettered house-building on Greenfield sites.

Oliver Dowden is an improvement on the self-effacing Amanda Milling as co-chair of the Tory Party, though one wonders why the controversial Ben Elliot is retained in what seems an unnecessary job share.

Steve Barclay, an apparently efficient Chief Secretary to the Treasury, should be a safe pair of hands as he takes over Mr Gove’s job as Chancellor of the Duchy of Lancaster.

All in all, competence levels appear to have risen. Whether Mr Johnson is wise to have kept Priti Patel at the Home Office — where she broke the ministerial code over her bullying, according to an inquiry, and has signally failed to stem cross-channel migration — remains to be seen. She would have made an excellent chair of the party.

But although he may have been too lenient towards Ms Patel, no one could accuse the Prime Minister of tinkering. This is a wide-ranging and generally constructive overhaul.

Boris has shown he has some steel. He has, for example, made an enemy of the intriguer Mr Williamson, who was reported to be in tears. Mr Raab will nurse some grievances despite the baubles. Boris’s old rival and erstwhile friend Mr Gove may have hoped for a bigger job.

The PM can evidently wield the knife after all. Perhaps we shouldn’t be too surprised. Within months of his election as Mayor of London in 2008, he effectively gave the heave-ho to the Metropolitan Police Commissioner, Ian Blair.

The confirmation of toughness is welcome. The Prime Minister has also shown that he is his own man by declining to sack Mr Jenrick and Mr Raab at the time of their misdemeanours, when some in the Press were demanding instant action. He has chosen his own moment. 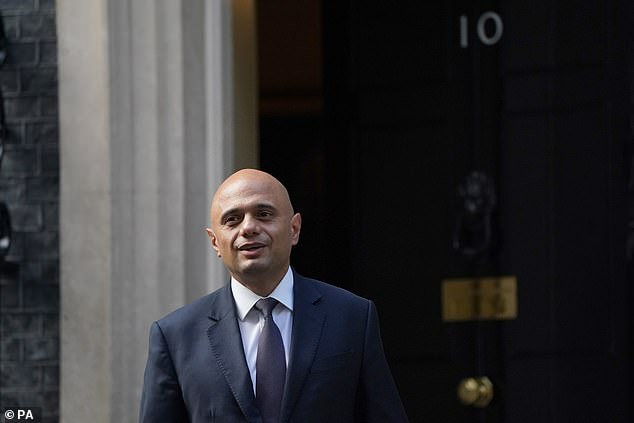 One justifiable criticism is his continuing reluctance to give important jobs to able former Remainers. There are several languishing on the backbenches. It would have been magnanimous, as well as sensible, to have tried to tempt back Jeremy Hunt into high office.

By the way, Robert Buckland, who has been sacrificed as Justice Secretary to make way for Mr Raab, undoubtedly has cause for complaint. He appears to have done nothing wrong, and yet has lost his job.

Still, the new Cabinet is an improvement on its predecessor. The Government is in better shape. Let’s hope that junior ministerial appointments to be announced today will continue the good work.

Huge problems lie ahead, though. It’s clear after Tuesday’s No 10 Press Conference that the Doomsters (Professor Chris Whitty, Sir Patrick Vallance and the luminaries of Sage) will urge Boris Johnson to accept coercive Covid measures, possibly including lockdown. A stronger Cabinet will be no use if Boris caves in.

And of course the most crucial relationship in the Cabinet — that between the Chancellor, Rishi Sunak, and the PM — is unaffected by yesterday’s reshuffle. Mr Sunak can’t be sacked even if Mr Johnson wanted to.

I fear there are looming economic tribulations, of which yesterday’s higher inflation figures are a harbinger. Difficult times are on the way.

If the cautious and fastidious Chancellor falls out with the swashbuckling and high-spending Prime Minister, all the reshuffles in the world won’t save us from disaster.