She’s not yet 50 but Jacinta Allan, or JA, as she is known, already has an almost unmatched political CV.

First elected in 1999, aged just 25, she became the youngest minister in Victoria’s history at just 29. 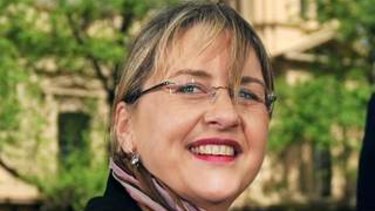 Serving in the Bracks, Brumby and Andrews ministries, she has held more than 10 different portfolios including public transport, employment, regional and rural development, and trade.

She also took on the key parliamentary tactician role of leader of the house, and served as manager of Opposition business during the tumultuous Baillieu-Napthine years.

And, in a time she’d no doubt prefer to forget, the member for Bendigo East served as acting premier in late 2020 and early 2021 when Victoria abruptly shut its border with NSW, on New Year’s Eve, leaving thousands stranded. 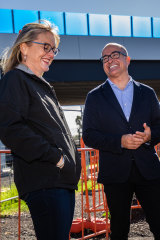 On Monday, she will be sworn in as deputy premier, only the second woman in Victoria to hold the post, and she is one day tipped to replace Andrews as the next Labor leader.

In other words, her rise has been anything but meteoric. As one factional opponent opined, “she could’ve done the role years ago”.

But 10 years ago, when the job was last up for grabs, it was James Merlino who benefitted from a factional stitch up which saw his "shoppies" union enter a deal with Labor Unity and deliver him the job.

Allan has had other hurdles. Internally, she has, over the years, put some noses out of joint, including some within her own Left faction.

Much of that has to do with her sometimes abrupt manner and no-nonsense ways, oddly a criticism rarely levelled at men. Supporters believe Allan has mellowed recently but also admire her for being willing to “have a whack” when it’s needed.

Other colleagues insist her approach is indicative of the way women have, for too long, felt they needed to portray masculine qualities and characteristics in order to be taken seriously. Regardless, it has often worked against her.

Allan may have the experience, talent and chutzpah to do the job, but Labor's highly factionalised culture means her promotion still required a few backroom deals.

A decade on, politics is still a numbers game, and being a talented and experienced minister is simply not enough. What was needed was a wider factional agreement.

Allan comes from the premier’s Socialist Left faction, which now controls the two most senior positions in the party, angering some MPs who see the move as a consolidation of power. 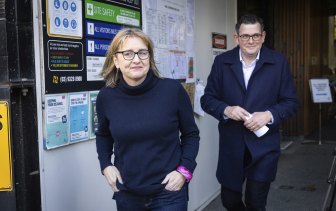 Importantly, her promotion had the backing of pragmatic Treasurer Tim Pallas, now the most senior Andrews government minister from a Right faction, who could no doubt see the optics of a progressive political party overlooking its most senior woman.

Others on the Right are happy with the arrangement and concede “she’s the best person for the job”.

That’s important because, if the so-called teal threat has taught the party anything, it’s that the public is increasingly disillusioned with talented MPs being overlooked to appease factional operatives.

Insiders say any opposition to her promotion came from her own power-base on the Left, where some so-called allies viewed her rise as a hurdle to their own careers.

While Andrews may have secured the cross-factional support needed to install her as his deputy but it meant welcoming more Right-aligned MPs into his cabinet, the consequences of which are unlikely to be known until after he quits politics.

While sanguine about the current arrangements, the Right believe the Left-Right balance will be restored once Andrews says goodbye to Spring Street.

In Victoria, the party room is notionally controlled by Right-aligned MPs who maintain the state’s next Labor premier should be one of their own.

Perhaps that’s why they were so willing to support Allan’s elevation this time. The deputy’s position is where they want her to stay.