Teacher explains why she kept a disconnected, 'old school landline phone' mounted to her classroom wall

When it comes to preschool classrooms, chaos is often the norm.

But for one former preschool teacher, whose classroom had been described as a spa, calm is the order of each day. And she used one very unusual tool to keep it so: a disconnected landline telephone.

Here’s how it works: When Caylee Carullo, who taught preschool in Denver, Colorado, for seven years would observe a student engaging in positive behavior, she’d pick up the phone.

“I pick up the phone and report a child’s good behavior,” Carullo wrote in a now-viral Facebook post. “Good behavior only!”

“But I don’t call mom or dad …I call Batman or Minnie Mouse or the Paw Patrol.”

She’d loudly announce to the “person” on the other end what great things the child is doing.

“I found that bringing positive attention to the behaviors you want is the best way to see more of them,” Caylee Carullo told FOX news. “Ever since I figured that out, I have been on the hunt for creative ways to do just that.”

“It’s a terrible feeling to love these kids and want to help them and teach them and help them grow and learn, but you can’t do anything if you can’t control the behaviors,” she said.

Carullo was forced to fend for herself and though the start of her teaching career yielded “a lot of tears,” over time she developed strategies she said work on any kid exhibiting tough behaviors at school.

“I really only use positive reinforcement and I’ve seen students go from the most disruptive child in the room to my best little buddy that I can always count on to help me with anything,” Carullo said.

She told the story of one child who joined her class mid year and had several disruptive behaviors – pushing over shelves, throwing things and “spinning out of control like a tornado.” 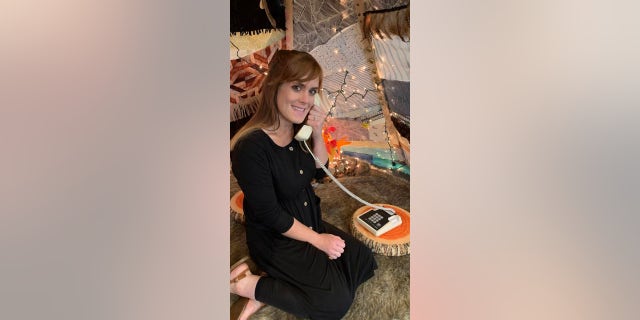 But instead of disciplining the child, Carullo “flipped the script.”

“I made sure to talk to him in a new way. Instead of saying the same things he was used to hearing from everyone – correcting him, telling him to stop or telling him what he was doing wrong,” she told FOX News. “I  put all that aside, made a few thoughtful observations with hopes of genuinely connecting with him and it wasn’t long before he saw me differently.

“I would notice simple things like what kind of characters were on his bookbag and ask him about them or notice something he was wearing and give a compliment, the kind of stuff that feels good to everyone,” Carullo said. “Soon, before one of those tantrums would come on, I was able to connect with him and prevent him from spiraling out of control.”

She went on, “When you stop correcting, and start connecting with a child exhibiting tough behaviors – you will see they are ready to be your best little helper. It’s not hard, you just have to know what to do.”

Carullo no longer teaches inside a classroom. She instead brings the same support she longed for to teachers everywhere. She’s been sharing her strategies on social media for several years and has a subscription service for teachers.

“They have access to all the documents and activities I’ve created over my years of teaching,” Carullo told FOX News. She also has a podcast and is in the process of creating a digital course called, The Calm Classroom.

“I can help every preschool teacher out there overcome the challenging behaviors,” she said. “It’s only then, when you can get those barriers out of the way, that you can truly connect with and enjoy your students.”

Explains, kept, she, Teacher, why
Celebrities