Home » Lifestyle » Temptation Island Season 4 Preview: The Couples Break Down In Tears As They Say Goodbye

Temptation Island Season 4 Preview: The Couples Break Down In Tears As They Say Goodbye

The 4 couples of ‘Temptation Island’ season 4 have tearful goodbyes in this EXCLUSIVE preview of the season 4 premiere. The couples have come on the show for a reason, but bidding farewell isn’t easy.

Temptation Island returns for season 4 on March 16 and will introduce us to four dating couples at the most vulnerable time in their relationships. Each couple has a chance to say goodbye to one another before joining 24 sexy single men and women who are hoping to find “the one.” In our EXCLUSIVE preview, many of the couples are struggling with saying farewell. 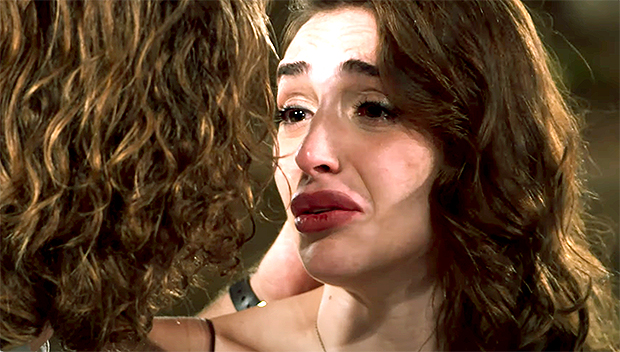 Lascelles Largares tells girlfriend Ashley Rodriguez that she is the love of his life. “I just want you to become truly independent, really discover who you are,” he says. Ashley tells Lascelles, “I know you sacrifice a lot for me and stuff like that. I know the emotion is in you, but maybe it takes someone else to bring that emotion in you… I really want you to have an amazing experience and have a good time. Always think about us no matter what you’re doing.”

Iris Jardiel and Luke Wechselberger are hoping to grow from this Temptation Island experience. “I know it’s hard for you to get emotional, especially in front of people and whatnot,” Iris says to Luke. They both acknowledge that this isn’t a final goodbye for them.

During their goodbye, Ash Lamiroult is in tears. “I need you to really dig into yourself and find out what you want. And if you do want to be with me…” she begins to say. Hania Stocker tells Ash, “I know that I want to be with you at the end of this.” Ash admits, “I want you to be happy with or without me…”

Gillian Lieberman is full-on crying while talking to boyfriend Edgar De Santiago. After meeting some of the singles, Gillian already thinks that none of them compare to Edgar. “You are so much cuter and sexier and you just get me,” Gillian cries. “You understand who I am. I’m trying to have an open mind and open heart.” She doesn’t want Temptation Island to be a “waste of our time.” She goes so far as to say this goodbye feels like I’m “cutting off a limb.” 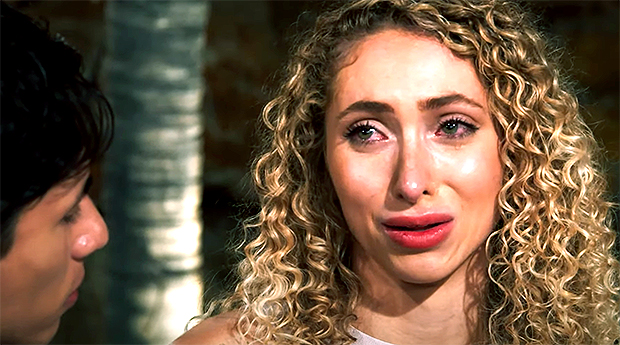 Throughout this Temptation Island journey, the couples each must decide whether to commit to a lifetime together – or ultimately give in to the temptation waiting for them on the island. Get ready for hot and heavy nights as the passionate love-hungry singles compete to steal the hearts of the four couples who have been separated and left to battle temptation. Mark L. Walberg is back as the host. Temptation Island season 4 will air Wednesdays at 10 p.m. on USA Network.